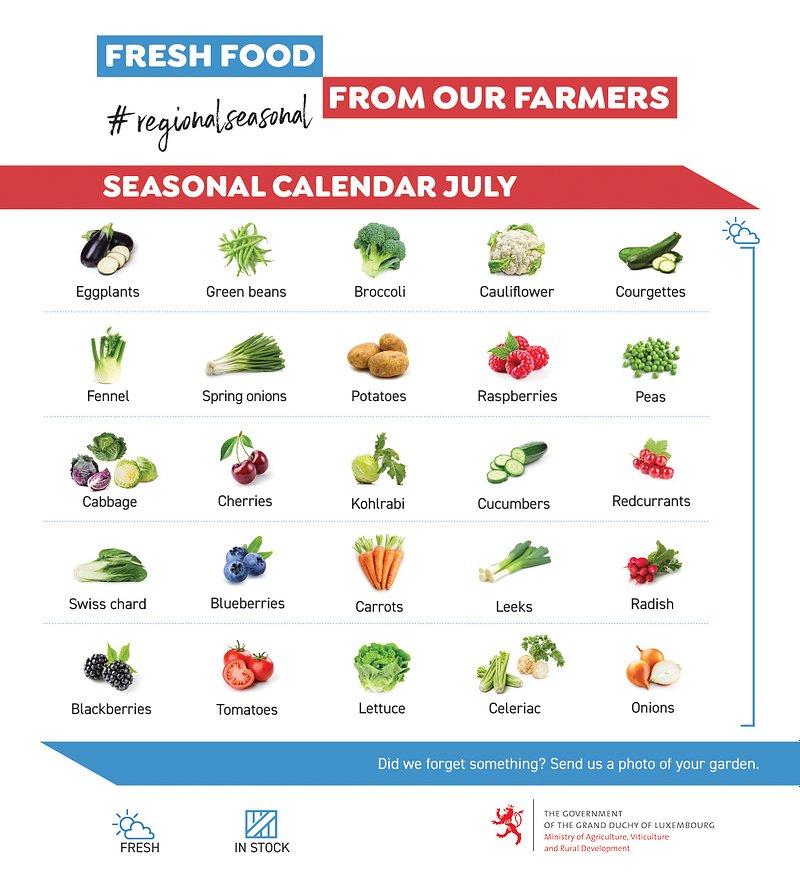 Due to the climatic conditions, summer is the time when we have the largest selection of fresh fruits and vegetables, be it beans, peas, broccoli, aubergines or even courgettes (zucchini), which are also called baby marrows and are from the same family as squashes.

In addition to salads, which can now be planted a second time, gherkins, fennel and even peppers are in season in July. Unlike what many people believe, green, yellow and red peppers are not different types; green ones are just less mature than yellow or orange ones. And the red capsicums are perfectly ripened.

In fact, red is a trendy colour in July, with fresh tomatoes, red cabbage, red currants, raspberries and, of course, cherries. There is a very simple trick to remove the pits: You place the cherry on top of an empty and clean glass bottle and then just prick through it with a skewer or a drinking straw.

You’ll see, the pits fall into the bottle, the cherries remain whole and all is done without any mess.

More about all the produce that is available in July at www.regionalsaisonal.lu