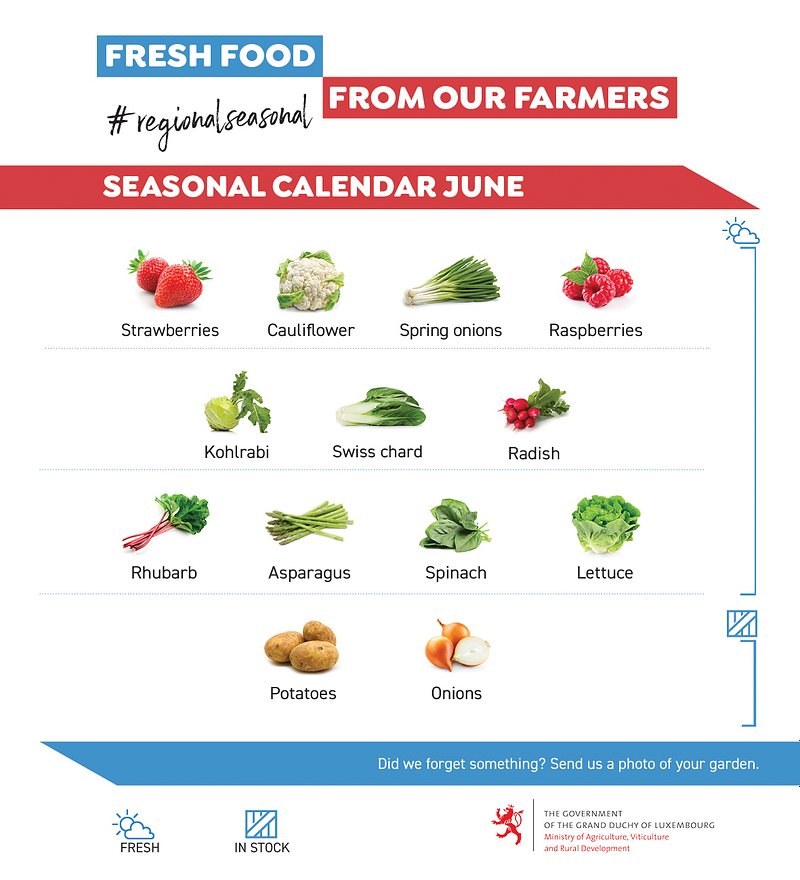 June is the month when we can choose from a wider selection of fresh fruits, including cherries, strawberries and raspberries.

Did you know that raspberries are considered the queen of berries and a local superfood because they contain huge amounts of vitamins, minerals and trace elements?

June is also rhubarb season. Did you know rhubarb is not a fruit at all? From a botanical point of view, it is a vegetable because we eat its stalks.

So much for the theory, in practice we rarely eat rhubarb with salt. We prefer it prepared in a sweet style. That’s why, in supermarkets, you can find it in the fruit section.

A general rule of thumb is that you should not eat rhubarb harvested after the 24th of June because the later you pick it, the more oxalic acid it contains, which is toxic in large quantities ... but one could never eat that much at once.

Still, gardeners will not harvest rhubarb after the 24th of June in order to give the plant enough time to regenerate so that there will be plenty of this “dessert vegetable” the following year. .

More about all the produce that is available in June at www.regionalsaisonal.lu