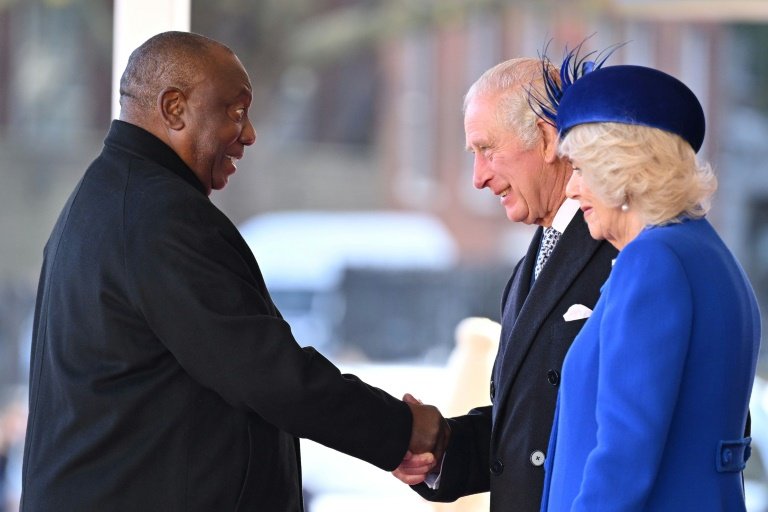 King Charles III on Tuesday welcomed South African President Cyril Ramaphosa to London for the first state visit of his reign, with climate change, trade and the Commonwealth expected to be on the agenda.

Charles and Queen Consort Camilla were joined by heir to the throne Prince William and his wife Catherine to greet Ramaphosa and First Lady Tshepo Motsepe for a ceremonial welcome at Horse Guards Parade in central London.

The monarch and Ramaphosa inspected the guard of honour together.

The parties then travelled to Buckingham Palace -- the route lined with the UK and South African flags -- in a carriage procession escorted by mounted soldiers from the Household Cavalry.

The two-day state visit is the first since Charles became king following the death of his mother, queen Elizabeth II, in September.

It comes more than a decade after the last by a South African leader, when Jacob Zuma came to the UK in 2010.

For Ramaphosa, a protege of anti-apartheid icon Nelson Mandela, however, it also comes amid political difficulties and a threat of impeachment at home. 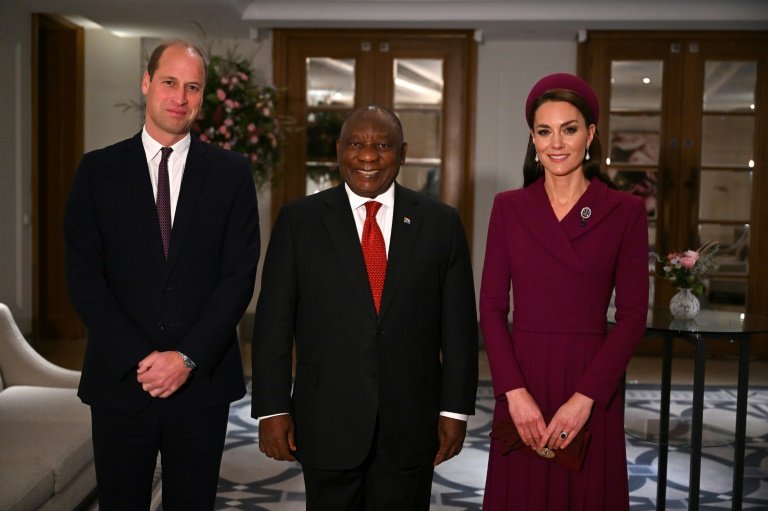 In the last state visit of Elizabeth's record-breaking 70-year reign, the queen hosted US president Donald Trump and his wife Melania in June 2019.

Later in the day, Ramaphosa will visit parliament for an address to both the upper and lower houses.

A tour of Westminster Abbey will include the memorial stone for Mandela, who served as president of South Africa between 1994 and 1999.

In the evening, Ramaphosa will attend a state banquet at Buckingham Palace.

Ramaphosa is also due to visit Downing Street for talks with Prime Minister Rishi Sunak.

At the start of the visit, the UK and South Africa governments announced the launch of the next phase of the UK-South Africa Infrastructure Partnership.

"South Africa is already the UK's biggest trading partner on the continent, and we have ambitious plans to turbocharge infrastructure investment and economic growth together," Sunak said.

Trade with South Africa, the continent's second biggest economy, is worth £10.7 billion ($12.7 billion) a year. 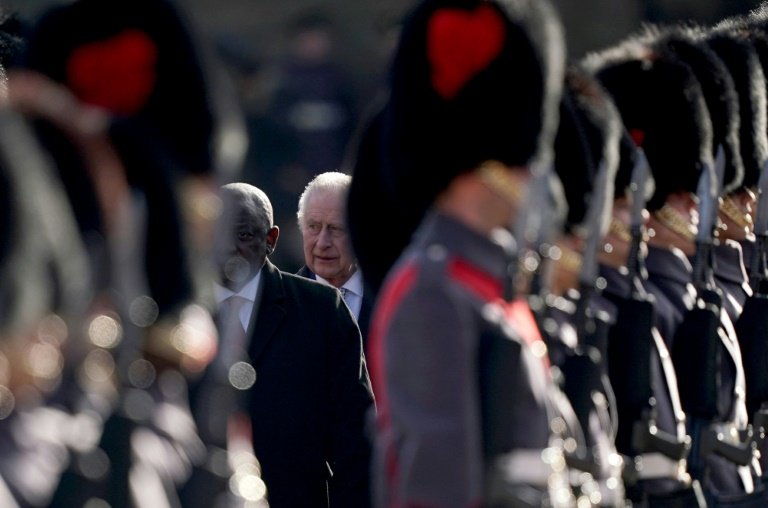 Ramaphosa and Charles inspect a Guard of Honour / © POOL/AFP

Foreign Secretary James Cleverly said the choice of Ramaphosa for Charles's first state visit was a sign of the UK's "enduring commitment" to Africa, even as it eyes new partners in Asia post-Brexit.

But he added: "It's important... that we also show that it's not going to be at the expense of the incredibly important partnerships we have through the Commonwealth, through international fora, as well as the bilateral relationship (with South Africa)."

As well as trade, climate change and Charles's vision for the Commonwealth are also expected to be discussed during the visit.

But political problems in South Africa threaten to cast a shadow over the ceremonial pomp and splendour of the state visit.

Ramaphosa is at risk of impeachment for allegedly covering up a crime, accused of concealing a multi-million-dollar cash theft. 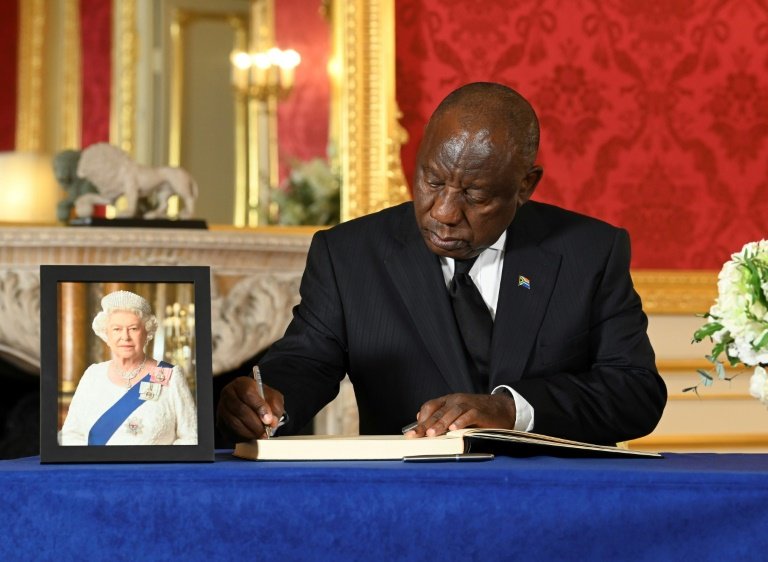 He faces an accusation that he failed to report a heist at his luxury cattle farmhouse in which robbers took four million dollars in cash, and instead organised for the robbers to be kidnapped and bribed into silence.

He has faced calls to resign and the deeply divided ruling African National Congress (ANC) is due to hold a vote on its leadership in December.

The president has acknowledged a burglary but denies kidnapping and bribery, saying he reported the break-in to the police.

South African lawmakers will discuss next month the findings of a special panel tasked with establishing whether Ramaphosa should face impeachment.