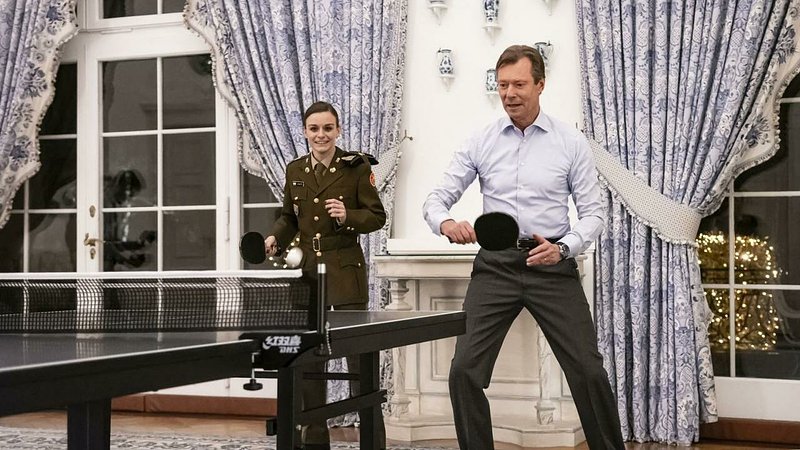 When else would you get the opportunity to compete against Luxembourg's top athletes?

Ni Xia Lian and Sarah de Nutte were visiting the Grand Duke together with their coach Tommy Danielsson, to be congratulated by the Grand Duke on their bronze medal at the World Table Tennis Championships in Houston, Texas.

Of course, the court did not miss the opportunity to set up a table tennis table in the salon. The Grand Duke himself then played a round against the sportswomen to prove his skills. In the end, however, the score was rather secondary - it was all about the fun of the sport, and that was clearly to be seen.

Prince Louis was also in attendance. At the end, there were a few signed table tennis rackets.

Prince Louis and Prince Gabriel had already competed against the two ladies in the Coque. Not the easiest opponents to pick.