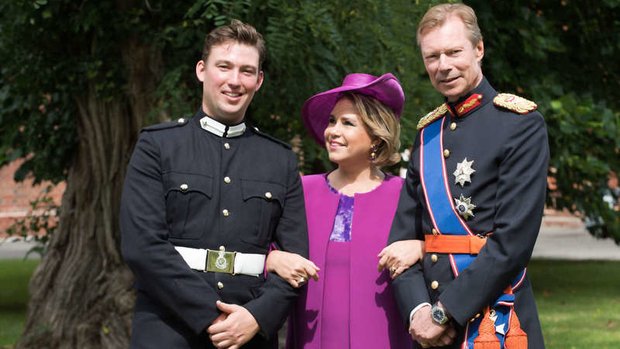 16 April marks a double celebration at Luxembourg's Grand Ducal Court, as both Grand Duke Henri and Prince Sébastien are celebrating their birthdays on this date.

Grand Duke Henri is celebrating his 66th birthday on Friday. He was born in Betzdorf Castle on 16 April 1955 as the eldest son of the hereditary couple of the time, Jean and Joséphine-Charlotte of Luxembourg.

Since 7 October 2000, Henri Albert Gabriel Félix Marie Guillaume of Luxembourg is the reigning Grand Duke of the world's only remaining Grand Duchy. His full title is "His Royal Highness Henri, Grand Duke of Luxembourg, Duke of Nassau, Count of Sayn, Königstein, Katzenelnbogen and Diez, Burgrave of Hammerstein, Lord of Mahlberg, Wiesbaden, Idstein, Merenberg, Limburg and Eppstein"

Also celebrating a royal birthday is Prince Sébastien, the youngest son of Grand Duke Henri and Grand Duchess Maria Teresa. He is celebrating his 29th birthday this year.

His full name is "His Royal Highness Prince Sébastien, Henri, Marie, Guillaume, Prince of Luxembourg, Prince of Nassau and Bourbon-Parma" and he was born in the Grand Duchess Charlotte Maternity Hospital in Luxembourg City on 16 April 1992.