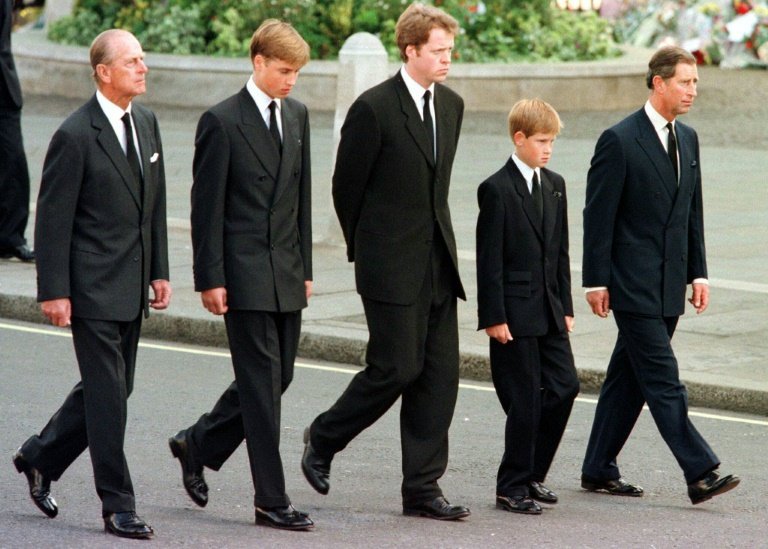 British royals William and Harry will not walk side by side in the procession at this weekend's funeral of Queen Elizabeth II's late husband Prince Philip, Buckingham Palace revealed Thursday.

As young boys in 1997, the pair provided the most poignant image of their mother princess Diana's funeral as they walked, heads bowed, behind her coffin.

Prince Philip, also known as the Duke of Edinburgh, accompanied them, as well as their father Prince Charles and uncle Charles Spencer.

Their grandfather's funeral, at Windsor Castle on Saturday, is being closely watched as it is their first reunion since Harry's shock move to the United States last year.

But confirmation they will not walk shoulder-to-shoulder, and instead be separated by cousin Peter Philips, will inevitably fuel speculation that a rift between them persists.

The brothers have reportedly fallen out over Harry's departure from the royal frontline, and move to California with his wife, Meghan.

When the coffin, to be carried on a bespoke Land Rover designed to Philip's specifications, arrives at St George's Chapel, William will move ahead of his younger brother as the royal family enters in pairs. 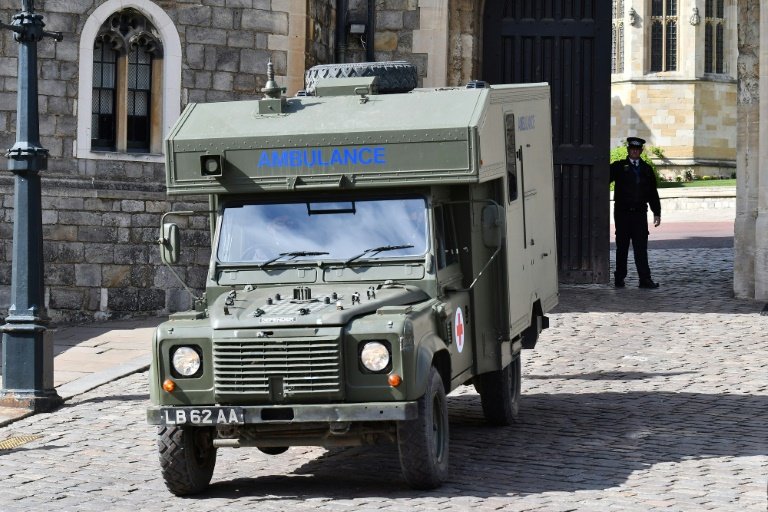 The procession elements were among the eagerly-awaited details released by Buckingham Palace ahead of the service, which has been curtailed due to coronavirus restrictions.

Philip died last Friday at the age of 99 and Britain has this week been observing eight days of official mourning in the build-up to his burial.

Just 30 guests will be permitted at the funeral, in line with government regulations enforced during the pandemic.

Attendees including the Queen, 94, will be required to wear face masks, sit apart and observe Covid-19 social distancing rules.

She will be accompanied to the venue in the state Bentley by a lady-in-waiting, before sitting alone in the chapel.

Heir to the throne Charles, his wife Camilla, and the monarch's three other children and eight grandchildren, as well as all their spouses, will be present.

Other guests include the children of the Queen's late sister Princess Margaret, and three of Philip's German relatives -- Bernhard, the hereditary prince of Baden; Donatus, prince and landgrave of Hesse; and Prince Philipp of Hohenlohe-Langenburg.

Countess Mountbatten, Penelope “Penny” Knatchbull, who was Philip's carriage driving partner and one of his closest friends, is also invited.

Prime Minister Boris Johnson opted against attending to allow as many royals and close friends to attend as possible.

The palace confirmed royal mourners will wear civilian clothing -- men in morning coats with medals, women in day dresses -- which reports said was to avoid awkwardness over which princes are entitled to military uniform.

Harry conceded in his bombshell interview last month with US chat show host Oprah Winfrey that there was "space" in his relationship with William, 38, who is second in line to the throne.

There have long been reports of a rift since 36-year-old Harry married mixed-race Meghan, also at St George's Chapel at a glitzy ceremony watched by millions in 2018.

In their sit-down with Winfrey, Meghan sensationally claimed to have encountered racism within the monarchy, while Harry said William and their father were "trapped" within the institution.

Despite that and the slimmed-down guest list, no public access and other Covid-19 restrictions, some regal elements remain.

In honour of his life-long association with the Royal Navy, and service during World War II, buglers from the Royal Marines will sound so-called "Action Stations" during the service.

The soundings, played on a warship to signal all hands should go to battle stations, is sometimes featured at funerals of naval men.

Philip was a rising star in the British navy who had reached the rank of commander by the time Elizabeth ascended to the throne in 1952. He eventually shelved his personal ambitions to support his wife in the role.

As Britain neared the end of its official mourning period, it emerged Thursday that the BBC's coverage Friday of his death has drawn 110,000 complaints, the highest number ever published for television programming.

The broadcaster cleared its schedules across its main BBC One and BBC Two TV channels to run a series of mirrored special programmes, as well as devoting its news channel and radio stations to coverage.

"We do not make such changes without careful consideration and the decisions made reflect the role the BBC plays as the national broadcaster during moments of national significance," it said in a statement.