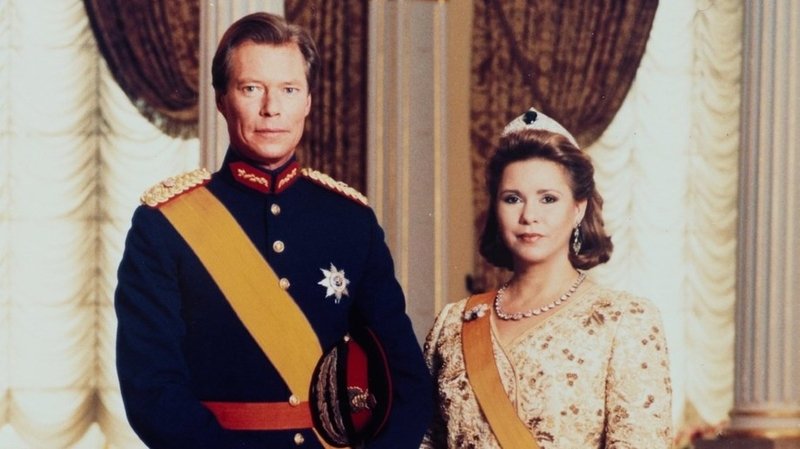 7 October 2000 would mark a historic event in the history of Luxembourg: 45-year old Grand-Duke Henri took over the throne.

The Grand Duke succeeded his father, Grand Duke Jean, during a festive swearing-in ceremony in the Chamber of Deputies' assembly room on 7 October 2000. A date which many Luxembourgers remember to this day.

The Grand Duke had previously already fulfilled the role of "Representative Lieutenant" at the side of Grand Duke Jean since 1998.

Initially, the royal succession had been scheduled for 28 September. However, due to the, at the time, Hereditary Grand Duke's brother Guillaume suffering severe injuries during a car crash in France only two weeks prior, it was decided to postpone the succession by ten days and reduce the festivities to the official part. 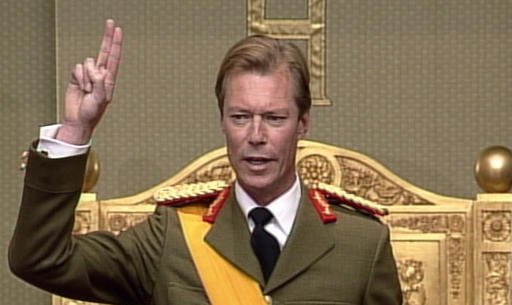 The new Grand Duke also brought about another significant change: The wish to be closer to the public, something never seen before in the Grand Duchy. Thus, the Grand Duke and his wife Maria Teresa opened the new session of the Chamber of Deputies – despite the fact that this role is usually fulfilled by the Prime Minister.

The past 20 years have been quite eventful, and perhaps none more so than 2008. This year saw the constitutional powers of Grand Duke Henri being limited, after he refused to sign the law legalising euthanasia. At the time, the Grand Duke argued that the law went against his Catholic values. MPs thus removed the Grand Duke's right to sanction, "i.e. to accept a law", from the constitution. The article in question was over 150 years old.

Prince Henri was born on 16 April 1955 in Betzdorf Castle. He graduated from secondary school in 1974 and went on to pursue studies of economics, politics, and law abroad.

He married Maria Teresa Mestre on 14 February 1981. The Grand Duchess was born on 22 March 1956 in Havana, Cuba. The couple has five children, the eldest being Prince Guillaume, who was born on 11 November 1981 and thus became the new Hereditary Grand Duke.

Since 6 October 2000, Grand Duke Henri is also a general in the Luxembourg Army.

Henri took over the throne from his father Grand Duke Jean on 7 October 2000, following his father's abdication. The memorandum was signed the same day at 10 am. Prince Guillaume was officially awarded the title of Hereditary Grand Duke on 18 December 2000.

On Wednesday at 7 pm:

RTL Télé will air an exclusive interview with Hereditary Grand Duke Guillaume and his wife Princess Stéphanie at 9 pm. The couple will discuss their new role as parents of the young Prince Charles.

On Thursday at 8 pm:

On Thursday at 8 pm, the past 20 years of Grand Duke Henri's reign will be discussed on RTL Télé's show "Kloertext". The guests are the former chief steward Jean-Jacques Kasel, constitutional experts Alex Bodry and Luc Heuschling, and MPs Léon Gloden from the Christian Social People's Party (CSV) and Marc Baum from the leftist party (Déi Lénk).