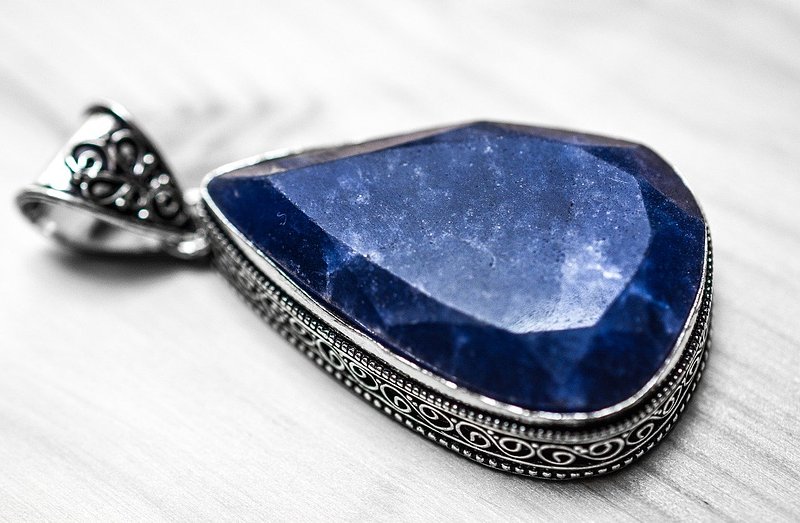 The birthstone for September is a sapphire wouldn't you know - The Grand Ducal Family of Luxembourg has four tiaras, a necklace (which converts to a tiara) and earrings that feature sapphires.

*a version of this article first was shared on Royal Central.

Among some of the eye-catching jewelry seen over the years have been these delightful pieces. The Sapphire Necklace Tiara 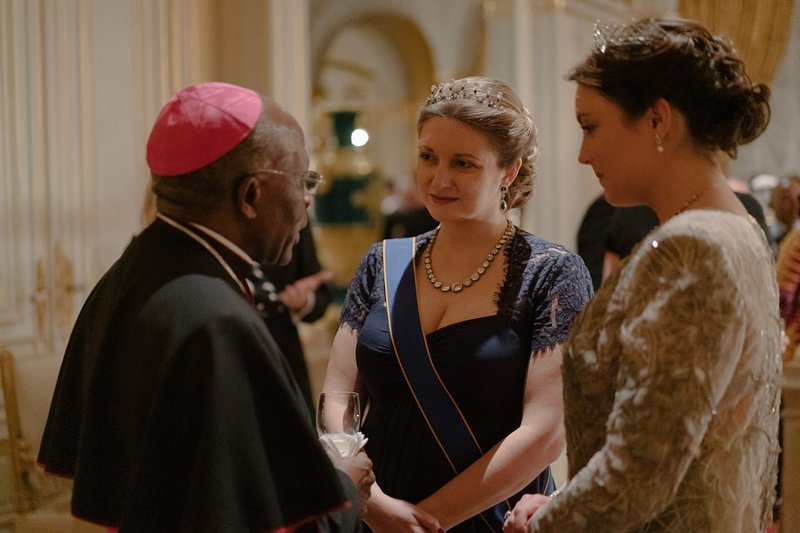 Grand Duchess Joséphine-Charlotte wore it often as a tiara, where Grand Duchess Maria Teresa preferred it as a necklace. It was recently seen on Hereditary Grand Duchess Stéphanie at the 2020 formal New Year’s Reception in Luxembourg.

This diamond and sapphire bracelet is part of a collection and was worn by the late Grand Duchess Joséphine-Charlotte.

The Grand Duchess received it as a gift upon her wedding to the future Grand Duke Jean in 1953. The fetching piece is also able to be converted into a brooch. 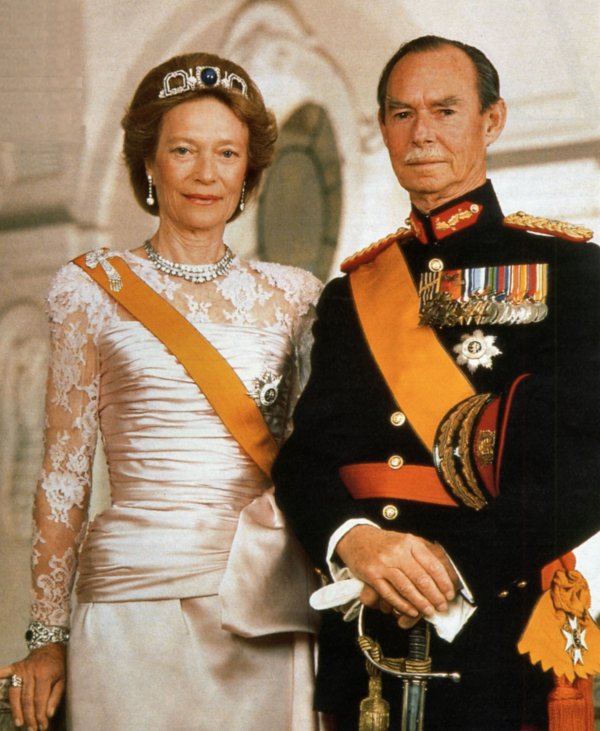 It had been thought that it had been sold in an auction after the Grand Duchess’s death, but Princess Margaretha of Liechtenstein (her daughter) has since been seen wearing it.

The tiara has a large sapphire in the centre that is surrounded by diamonds spread in a leaf design.

Grand Duchess Maria Teresa passed this down to her daughters-in-law when they began wearing it to public and private engagements. 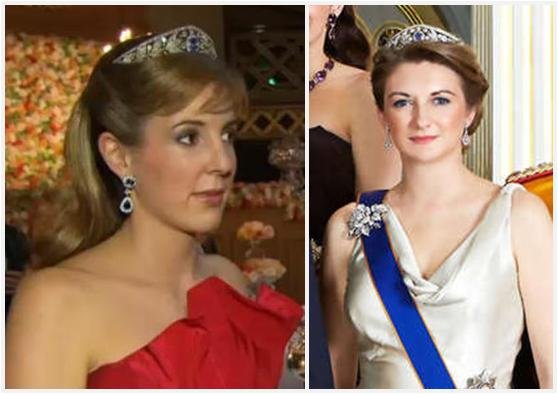 Both Stéphanie and Princess Claire have since been seen in the tiara.

The centrepiece of this square-themed tiara is a significantly large sapphire adorned by diamonds.

This tiara is versatile as it can be worn as both a tiara and necklace.

Grand Duchess Joséphine-Charlotte wore it as a necklace while in Sweden for the 50th birthday celebrations of King Carl XVI Gustaf in 1996.

The Sapphire Necklace of Princess Margaretha

Worn exclusively by Princess Margaretha of Liechtenstein (born a Princess of Luxembourg), this necklace is owned personally by the Princess.

She has been seen wearing it at official functions in the past as a tiara. It features diamonds with sapphires mixed throughout.