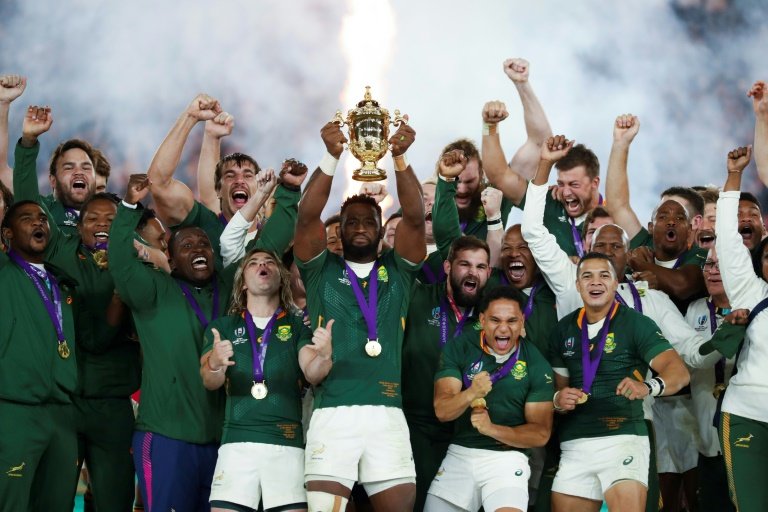 ...very nearly gets caught on camera swigging a bevvy.

It is a royal's duty to visit the dressing rooms of the winning side, and while there is no doubt that Prince Harry would have preferred to be stepping into the England celebrations, the prince dropped in on the Boks as their joy was clear to see.

How’s that 👆🏻rules are rules Harry.
Tv or no tv

Harry is a self-confessed rugby fan and would have been delighted to offer congratulations to the South African side who out-played and out-muscled England to win at a canter 32-12.

In talking with the Boks Squad, Harry is greeted by the sight of Faf de Klerk in rainbow nation budgie smugglers, is offered a 'cold one' by Frans Steyn and is asked to give a few words by The Beast (Tendai Mtawarira).

Harry makes a terrible error and set off to have a sip with his right hand (if you know, you know).

Prince Harry tips the bottle toward the camera in acknowledging that perhaps this will get a few clicks and then gives a rousing comment on what winning the World Cup would mean to South Africa; "Rugby has the ability to unite everybody around the world, and I could not think of a nation that needs that more right now, so, on that...well done."