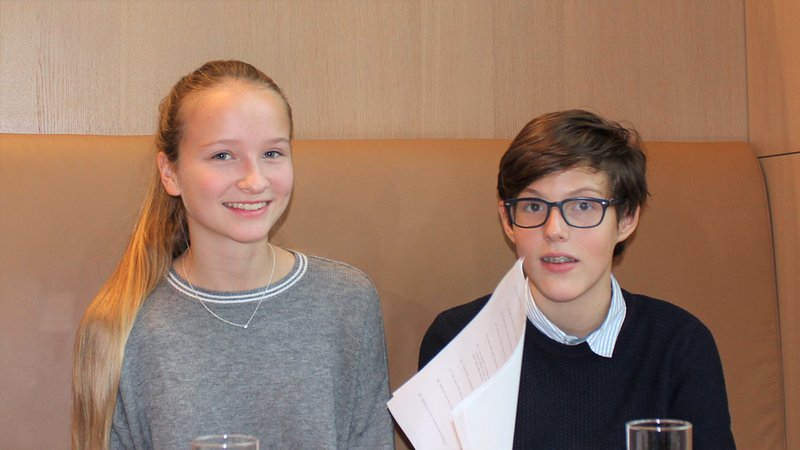 From Teenager to Teenager - In his first interview, Prince Gabriel talks about school, the things he loves and what he wants to achieve.

A couple of days ago I had the chance to talk to Prince Gabriel, the oldest son of Prince Louis of Luxembourg and former Princess Tessy. Officially, Gabriel goes by the title of His Royal Highness Prince Gabriel Michael Louis Ronny of Nassau.

I wanted to find out a bit more about how life might be different – or similar - for someone carrying the title of a prince to the life of a slightly more “typical” teenager from Luxembourg.

We are downtown, at a well-known Luxembourgish Café and Gabriel arrives together with his mum, former Princess Tessy and his younger brother Noah.

The first thing I notice: Unlike probably most other teenagers he shakes my hand and bows his head :).

I had sent him my questions beforehand, so he would know what to expect. He seems very relaxed about this. He reads the questions and answers (almost) all of them spontaneously.

Gabriel speaks Luxembourgish with his mum and French with his father but the two of us talk in English because for a couple of years now he has been living in England.

Gabriel, how do you usually introduce yourself?

For how long have you been living in England?

What do you think is the biggest difference between Luxembourg and London?

The forests, there are more forests in Luxembourg than there are in London.

Your mum mentioned that you do quite a lot of things outside school, like playing Polo and Rugby. What else do you like to do in your free time?

I like to read books, revise for my tests or just go and play with my friends.

Which type of books do you like to read?

I like to read Michael Morpurgo books, mostly adventure books or mystery books... 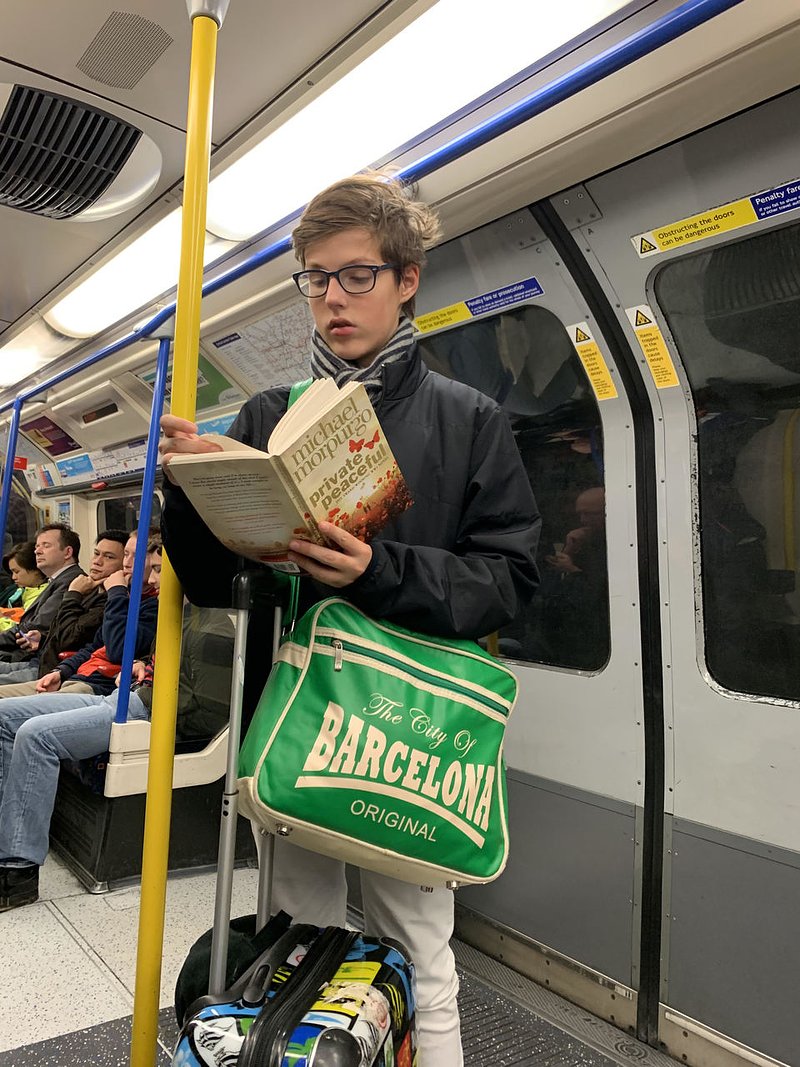 You have a dog, which actually looks similar to my dog, what breed is your dog and what is his name?

(Well, that information seems to have been wrong, as he asks his mum) Is he still alive?

Yes, he is a Cavalier King Charles, the late Grand Duke's dog.

His name is Woody. 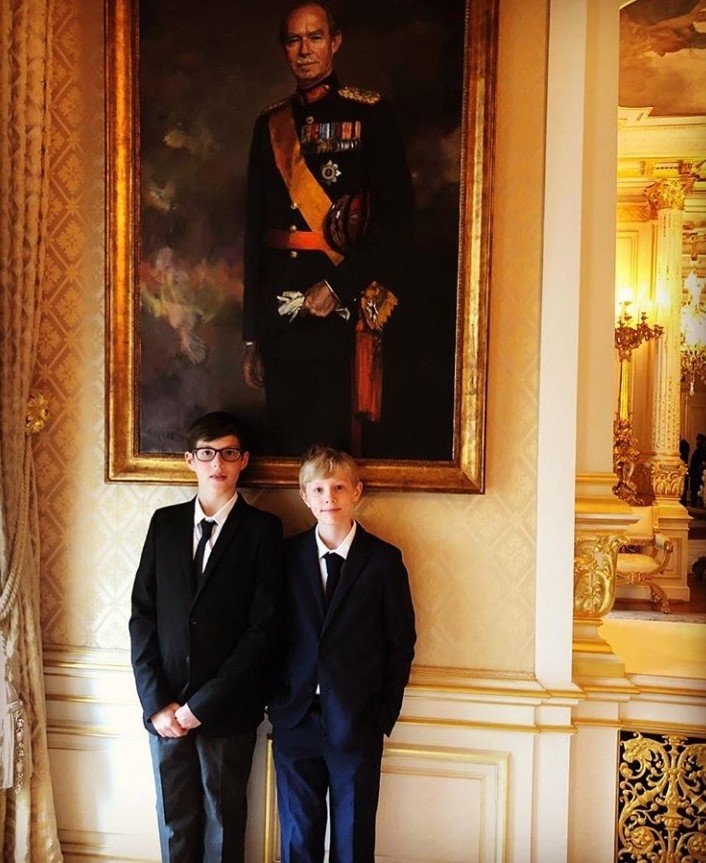 Gabriel goes to an all boys school. Do you have a favourite subject?

All of them are my favourites. I like learning. My favourite-favourite subjects are probably Art, DT (I googled it because my school does not have this subject: it’s “Design and Technology) and IT.

Like you, I have a younger brother too. Do you and your brother get along well?

Do you play an instrument?

How long have you been playing guitar?

Apart from now, when was the last time you were in Luxembourg?

Do you come here often?

Not all the time but often enough to see my grandparents.

When you come to Luxembourg, do you stay in your grandparents’ castle?

Depends on whether I am with my father or with my mother.

Do you have a favourite place in Luxembourg?

Do you say “Boma” and “Bopa” to your grandparents?

Depends, because to my father's mother and father I say “Amama “ and “Apapa” and to my mother's father and mother I say Bopa and Boma.

You seem to follow in your mum´s footsteps doing charity work more and more often now - Can you tell us a little bit about that work and what you like about it?

You like cooking, what is your favourite meal that you can cook yourself?

My brother likes my French toast but I don't actually mind what I cook. I can cook everything.

What I like is all the fun. When I cook for my parents they can relax for a bit while I can cook. And for my brother, it's just for chilling out while I cook, then they have their meal and they like it… 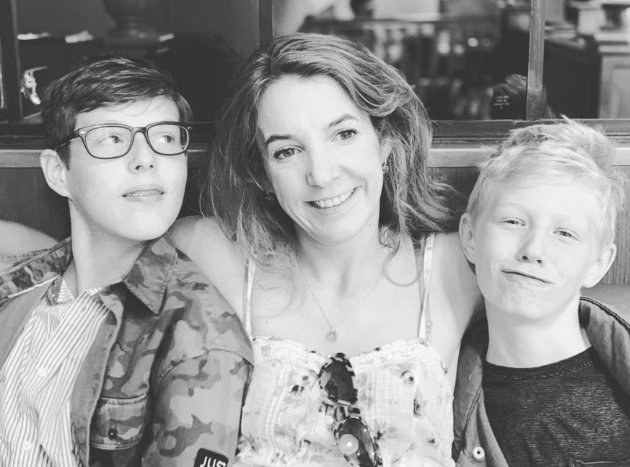 Do you like the canteen food at your school?

Do you have a favourite food?

What is your favourite holiday?

My favourite holiday was probably going to Ibiza with my mother where I made some friends and then I got to know everyone there - a bit of everyone.

What would you like to do when you are  grown up?

I like to help people and I don't know yet, maybe a vet or a doctor, I don't know…but something that helps.

When I mention the interview and Gabriel’s last answer to a friend of mine, she exclaims “Well, isn't that the kind of answer that you would expect from a prince?”

I briefly think about it but there is something about Gabriel that is very authentic, which is why I reply:

“Maybe, but I have met him and believe me, he meant what he said.” 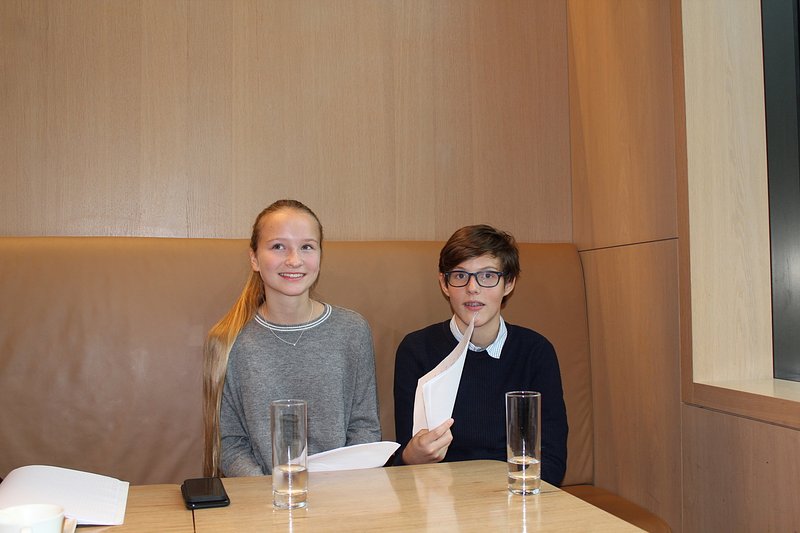