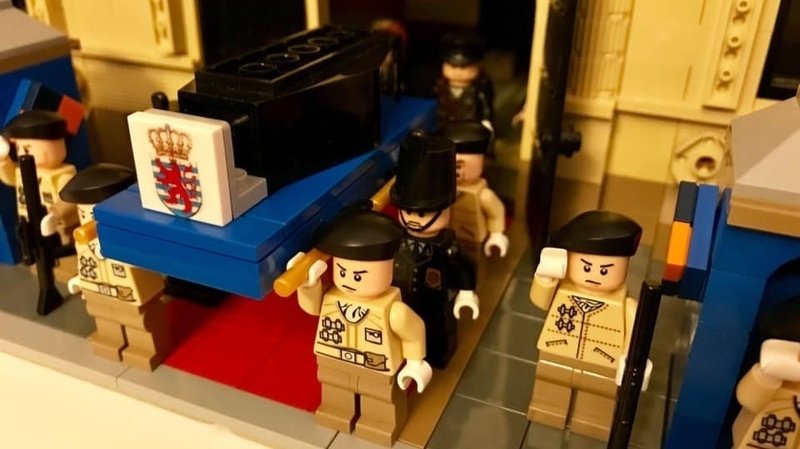 The Lego tribute depicts an emotional moment from Grand Duke Jean's funeral on Saturday 4 May.

The Lego construction shows Grand Duke Jean's coffin being carried out of the palace, accompanied by a number of Lego soldier and Scout figurines, as well as two figures meant to depict Grand Duke Jean and Grand Duchess Maria Teresa.

Raphael Corberi, a "My Luxembourg" reporter, built the unique tribute to the former head of state. He then posted the images on Facebook and My Luxembourg's website.