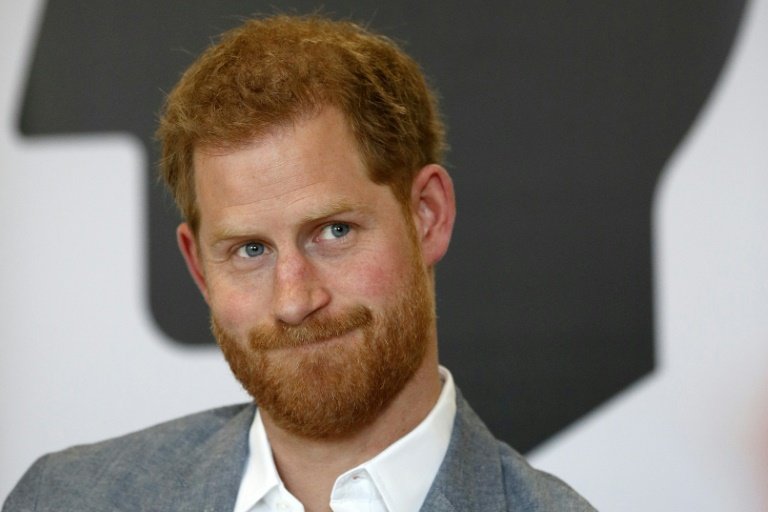 Britain's Prince Harry appears to have inherited his late mother Princess Diana's ability to connect with people, as well as her sense of mischief / © POOL/AFP/File

Prince Harry, who became the father of a "very healthy boy" on Monday, has transformed himself from an angry young man into one of the British royal family's greatest assets.

The younger son of the heir to the throne Prince Charles and the late Diana, princess of Wales, Harry, now 34, struggled with his role and for much of his youth seemed to want nothing more than to escape.

But now, for all his wild child ways, he seems ready to enjoy the settled, stable family life he always craved, with his wife Meghan, the new baby and a new home.

"Mother and baby are doing incredibly well. It's been the most amazing experience I can ever possibly imagine," a beaming Harry announced in a statement to television cameras. 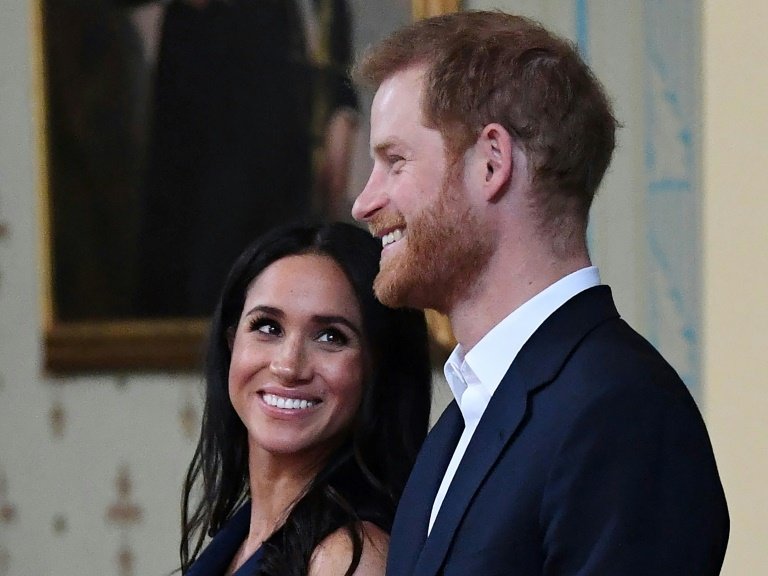 The Duke of Sussex, who spent 10 years in the British army, serving two tours of duty in Afghanistan, hit the headlines for his partying and his outspoken criticism of the media.

The prince rebuilt his reputation through his charity work with veterans, advocacy on mental health and by taking on more duties from his grandmother Queen Elizabeth II.

He appears to have inherited his late mother's ability to connect with people -- as well as her sense of mischief -- and, with Meghan, his brother Prince William and sister-in-law Kate, has helped put a fresh face on the monarchy.

Harry, now sixth in line to the throne, has said that Diana is always in his thoughts, and has championed many of her charitable causes, including taking an HIV test to raise awareness. 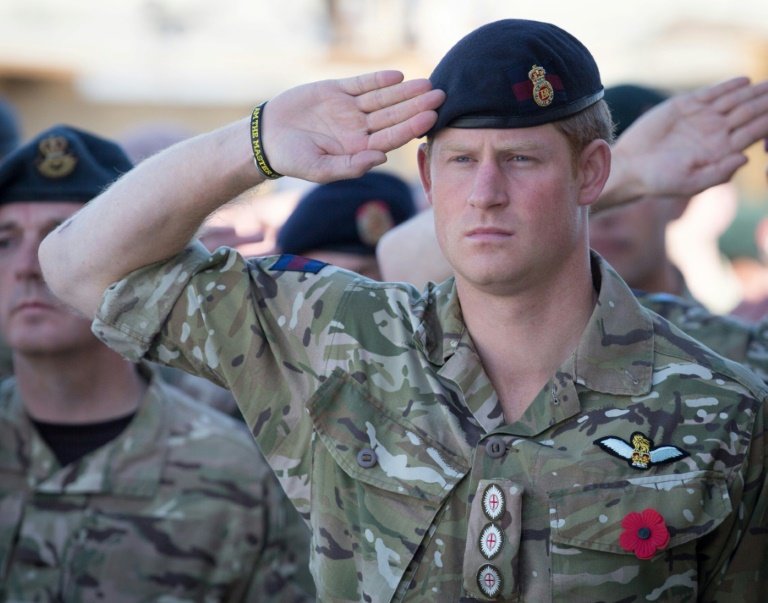 But he revealed that for a long time he struggled to cope with his mother's death in a Paris car crash in 1997, and sought professional help a few years ago.

In a remarkably candid interview, the prince once admitted he came "very close to a complete breakdown on numerous occasions".

He turned a corner and in July 2016 met Meghan Markle, a US television actress, on a blind date set up by a mutual friend. Their transatlantic romance quickly blossomed.

Prince Henry Charles Albert David of Wales was born on September 15, 1984, the "spare" to his brother William, who is one day set to inherit the throne. 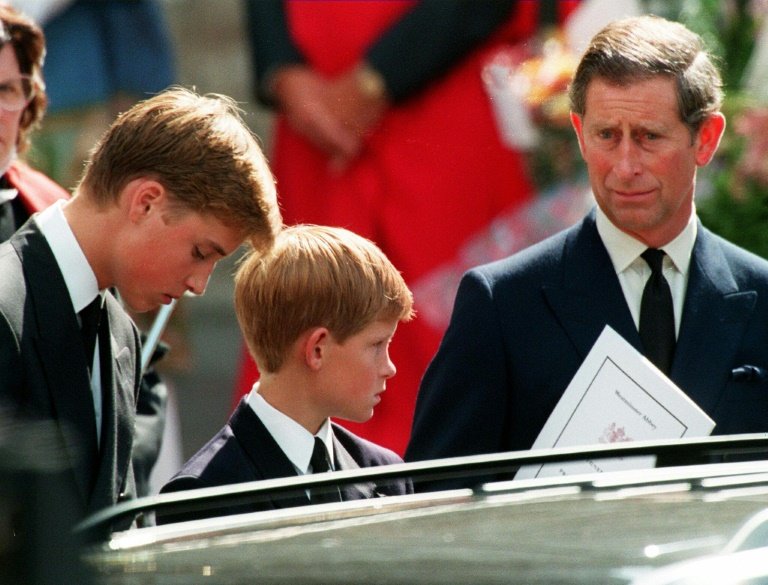 The young princes William and Harry, with father Prince Charles, at the funeral of their mother Princess Diana in 1997 / © AFP

Both educated at the elite Eton school, their childhood was dominated by the messy breakdown of their parents' marriage and Diana's tragic death.

The young princes walking behind her coffin -- Harry only 12, his brother 15 -- was one of the most enduring images of Diana's funeral.

"Losing my mum at the age of 12, and therefore shutting down all of my emotions for the last 20 years, has had a quite serious effect on not only my personal life but also my work as well," Harry said. 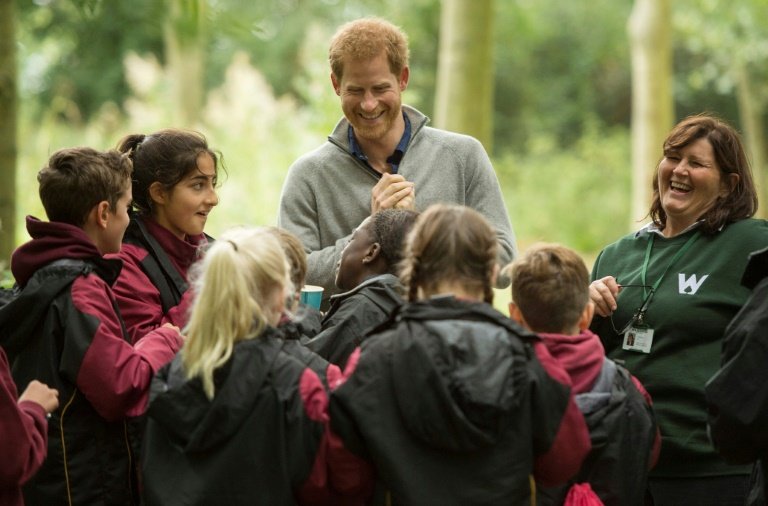 At one point, he seemed the archetypal "playboy prince", regularly photographed looking worse for wear and often accompanied by an attractive girl.

He caused outrage in 2005 when photographs of him in a Nazi Afrika Korps fancy dress outfit made front-page news. 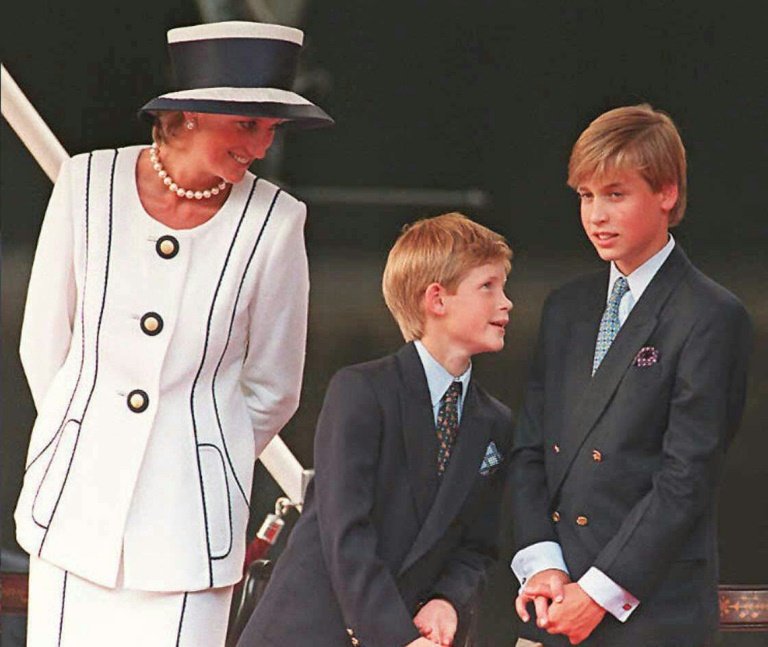 Prince Harry, pictured in 1995 with Princess Diana and Prince William, has long blamed the media for his mother's death / © AFP/File

That was the year he entered the army, a conventional path for royals and one that he later admitted "was the best escape I've ever had" from the constant public attention.

In 2008, he had to be pulled out of Afghanistan after a news blackout about his deployment was breached, leading to fears he would be targeted by the Taliban.

But he returned in 2012, piloting Apache helicopters during a 20-week tour of duty -- only to make headlines again when he said his job was to take insurgents "out of the game".

He left the military in 2015 rather than take an army desk job, and began to focus on royal duties.

The meeting with Meghan in July 2016 came out of the blue, but both were quickly lovestruck. They bonded over their mutual interest in good causes.

Harry has used his public profile to promote causes close to his heart, including mental health and youth empowerment. 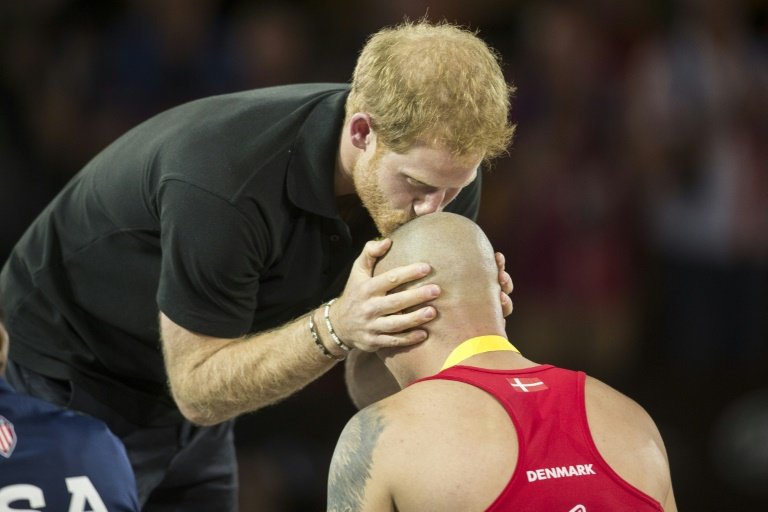 He has set up the Invictus Games, a sports championship for wounded military personnel, which has been held in London, Orlando, Toronto and Sydney.

Harry and Meghan married at Saint George's Chapel in Windsor Castle on May 19 last year and they toured the Pacific around the Sydney Games in October.

They are moving from their small cottage on the grounds of London's Kensington Palace into a much larger one on the Windsor estate outside the city as they start their new life as parents.

As ever, Harry is going his own way.