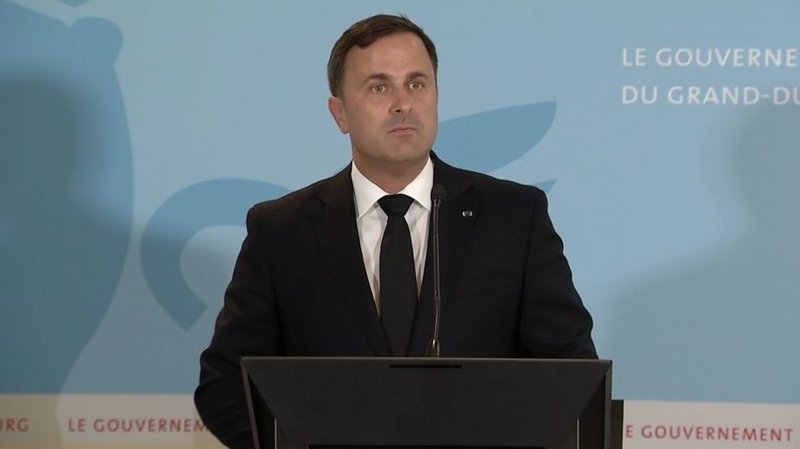 Luxembourg's Prime Minister made a public address at 9am.

Following the official announcement of the death of Grand Duke Jean at shortly after 6am this morning (Tuesday 23 April), Xavier Bettel addressed the Luxembourg public in a livestream at 9am.

He explained that Grand Duke Jean passed away at 12.25 am last night and announced that the state funeral will take place at the Notre Dame Cathedral at 11am on Saturday 4 May.

Bettel, dressed in black suit and tie, visibly moved, recalled some of the great chapters in Grand Duke Jean's life, including his participation in the Normandy landings; "(Grand Duke Jean) has been present for many great moments in the history of our country," the Prime Minister said, adding; "(he was) an example for all of us."

Xavier Bettel thanked Grand Duke Henri’s father for his commitment to ensuring the stability of the country following the war, for his true humanity and the many marks that he has left. The Prime Minister spoke of Grand Duke Jean’s conscientiousness, his loyalty, his love and unity. He also offered his most heartfelt condolences to the family.

The Government Council will meet at 10am to discuss the details for the next few days.

At 12pm, the Prime Minister will meet Grand Duke Henri in Colmar-Berg.
The Catholic Church announced that, in honour of Grand Duke Jean, church bells will ring for 15 minutes this afternoon at 12.15pm.

The archbishop will dedicate the 5pm mass on Saturday 27 April to His Royal Highness Grand Duke Jean.