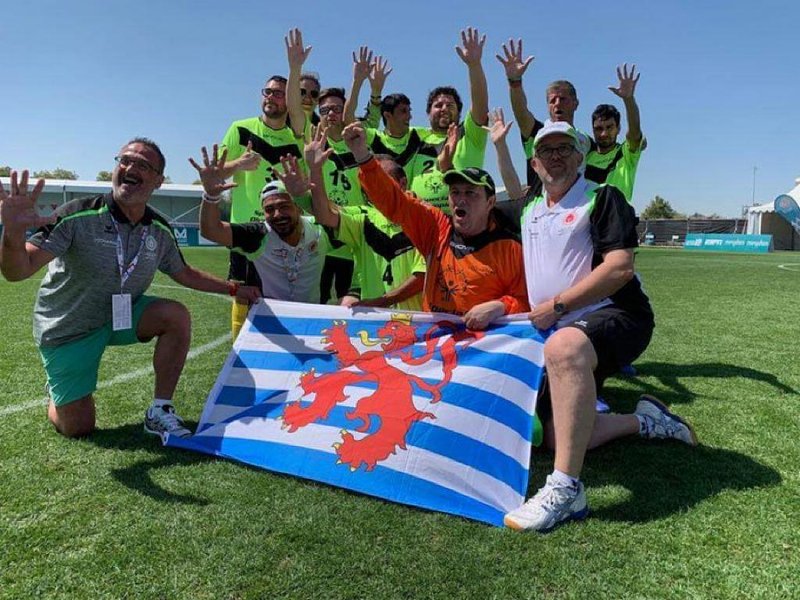 The final part in our series of RTL Today exclusives, Princess Tessy reports on her last day a the Special Olympics in Abu Dhabi — the buzz of the games transcends sport!

After the second rainy and windy day, the sun was finally out in the morning as I was heading to the Abu Dhabi Convention Centre, where most of the games games were being held.

We were welcomed by the overwhelming buzz of school kids visiting the games - thousands of them in their uniforms -  as we were making our way to the table tennis competition.

If you want to know how to find the Luxembourgish athletes and their supporters, just look for the wildest chanting crowd - there they were in their bright black and yellow track suits (supporters) and red uniforms (table tennis team).

The Luxembourg table tennis duo Pit Theis and Jerry Kremer were facing Azerbaijan today, a tough competitor. I was sitting with the parents of the players. The hall was filled with people split into different sections from all over the world. Air conditioning on full blast - as Frank Schintgen would say “it feels like being in a fridge”.

After the thrilling game I went to see the players and asked Jerry Kremer some questions for you in the below video.

Frank and Marc, the heads of  the delegation and a few others, namely Danielle Jankovoy and Corinne Bremer, were getting ready for a special visit after receiving an exclusive invitation to join HRH Sheik Khalifa Bin Tahnoun to visit the memorial in honour of the fallen peacekeepers and civilians - also called Martyrs here in Abu Dhabi.

We were guided around by HRH himself and were able to hear the whole story about the memorial place and how it came to being. It was humbling for me expressing my most sincere respects to the fallen peacekeepers and civilians as a former peacekeeper myself.

For a country not even 50 years old, the UAE is a nation of willpower and has celebrated great successes based on explicitly living, showing, and being guided by the seven values on which the country is founded: tolerance, chivalry, loyalty, bravery, dedication, sacrifice, and giving.

Moreover, we learned on our visit today that the UAE has invested a lot of resources towards humanitarian missions abroad, including Kosovo where I served myself as a soldier in the military.

The total amount of medals for Luxembourg so far are:
2 Gold Medals, 3 Silver, 5 Bronze, 4 fourth place, 1 fifth place and 3 sixth place among 8 possible categories of medals. This is, in my opinion, an incredible achievement of our hard working athletes and we should all be very proud of them.

The whole team is flying back on Friday to the homeland, Luxembourg. They arrive in Frankfurt at 1.30pm and then drive by bus to Ettelbruck to the Sports Center and should arrive around 5.30pm local Luxembourgish time. I hope that many of you who are reading this will be there to receive them and celebrate them.

They worked hard for our beautiful country and have represented our country with commendable honour. I am sure they would be really really happy to see many of you there. 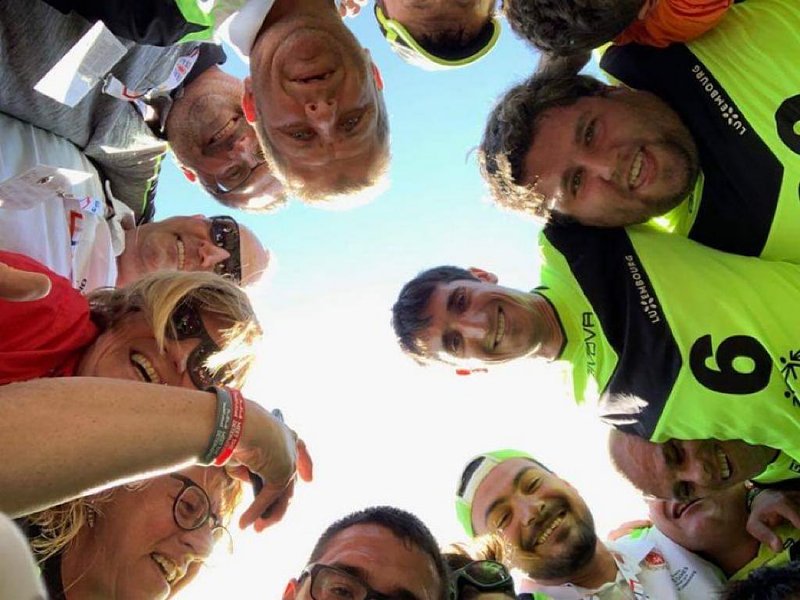 Sadly, dear readers, this is my last post from Abu Dhabi reporting from the Special Olympics as I have work to finish and will fly back soon to London in order to come with my two sons to Luxembourg for the ‘Relais de la Vie’. We will be running on Sunday 24 as part of the Special Olympics supporters and hope to see many of you there supporting the Relais de la Vie too!

"I am looking forward to hearing from you and to hear about your projects."