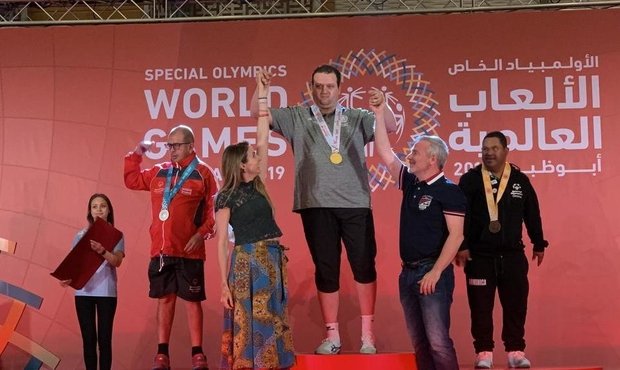 In this continuing series of RTL Today exclusives, Princess Tessy reports on the third day of the Special Olympics in Abu Dhabi — Luxembourg's medal haul grows and the passion and pride present at the event swells!

“Allez Letzebuerg” was the theme of the day. The supporters and team members of the Team Luxembourg for the Special Olympics were on fire today.

Chanting, laughter, and enjoyment were the key ingredients of a successful day.

I started my day at Sheik Zayed Sports city when our Luxembourg soccer team took on the team from Hong Kong. It was a match similar to one you would expect at the World Cup - especially in terms of motivation and determination.

During the match one could not ignore the weather which was again very windy yet nice and warm.

The entire supporter area was filled with people from Luxembourg chanting in Luxembourgish and giving plenty by way of shouts of encouragements. With me was the Minister of Sport Dan Kersch and Her Excellency the Ambassador to Luxembourg Elisabeth Cardoso.

The match was intense and engaging. Our players did really well. Sadly we lost today. However, again something I really admire with our team mates is that they are always in a positive and good spirit no matter what. In my opinion, it is an admirable quality and everybody should learn from this attitude.

I was asked to award some athletes with their medals and, I must say, this was a most humbling and beautiful experience.

Seeing their smiling faces glowing with pride and joy when receiving the medals gave me an overwhelming feeling of happiness. It really encapsulated for me the essence and spirit of these games.

Most impressive was an athlete from Syria, who, despite the continual bad news from the region due to war, received four gold medals. This shows that even during times of conflict there is always hope and humanity.

However, today’s absolute highlight for me was handing out the gold medal to Francois our athlete of the Luxembourgish team who won gold in Boccia/Bocce. I handed out the medal together with the Minister of Sport Dan Kersch, who flew in especially for the games and stayed for the ceremony.

Not to forget the nail-biting game of our basketball team against China/Tawian. It was an incredible match. Our players were fighting hard.

Until almost the last quarter we were head to head with the other team. Sadly, in the last quarter, Luxembourg lost out due to bad luck. I personally think that this was one of their best matches here at the games!

To finish the day, the Luxembourg delegation got invited by H.E Ambassador Maya Tissafi to join the Swiss welcome reception which gave us the opportunity to mingle among fellow European athletes and exchange our stories with them.

I personally have a beautiful relationship with Switzerland, as the saying goes; “Luxembourg is the little Switzerland in some ways”. Everybody had beautiful memories to share about their experience when visiting Luxembourg. I was humbled to hear and feel how loved our country is with other nations. We can all be very proud. 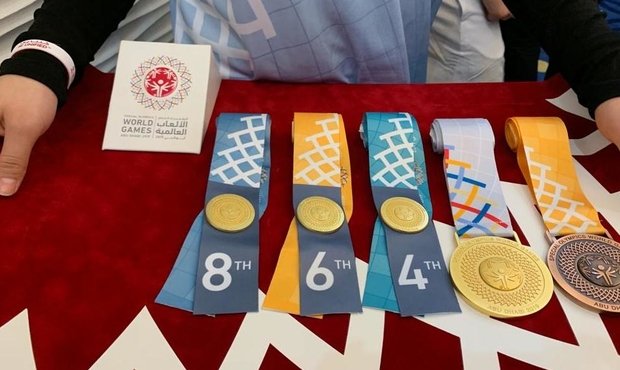 ---
Princess Tessy is not a professional journalist and writes these post to show her support and appreciation for the Luxembourg Special Olympics Team.