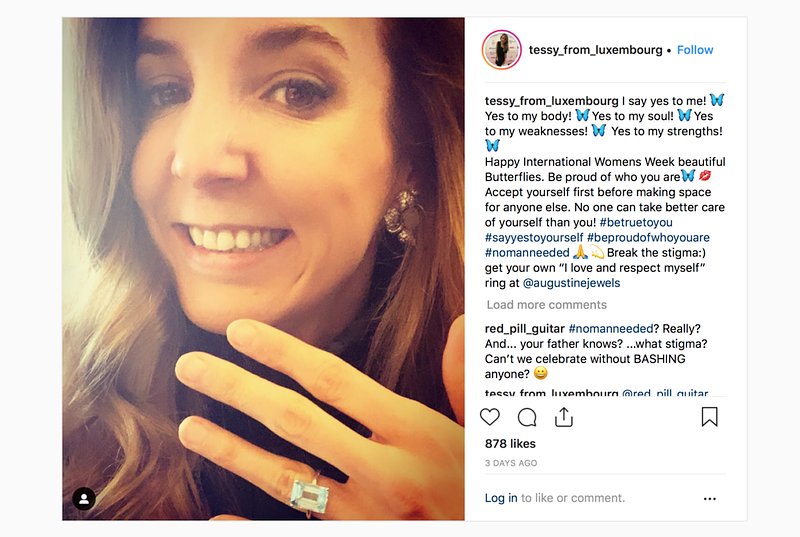 We were in for quite a shock when scrolling through social media as it looked as though Princess Tessy had gotten engaged - but she actually said yes to feminism and herself.

We have written a fair bit about Princess Tessy over the past few months, and have an exclusive interview scheduled with Princess Tessy for this Friday (8 March) — so imagine our surprise when, completely out of the blue, it looked as though she had gotten engaged!

All is not as it seems, however - the post was actually a (rather clever, we think) way of bringing attention to international women's week and send out some positive vibes. Rather than saying yes to an engagement proposal, Princess Tessy explained in her post that she was saying "yes to me! Yes to my body! Yes to my soul! Yes to my weaknesses! Yes to my strengths!" before going on to tell her followers to "be proud of who you are. Accept yourself first before making space for anyone else. No one can take better care of yourself than you!"

The ring, she explains, was meant to signify that she loves and respects herself — and she encourages others to do the same, and do so proudly.