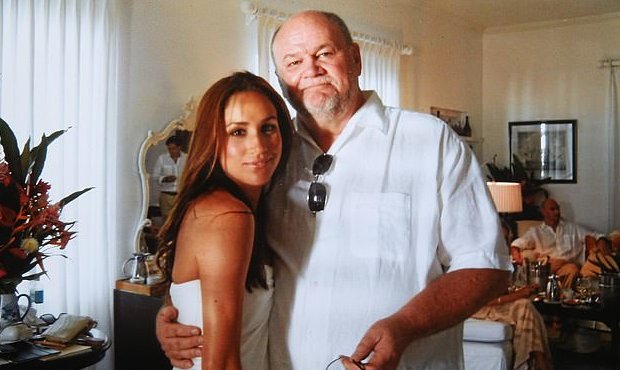 Meghan Markle's father has now felt compelled to make his daughter's letter, written to him shortly after her wedding to Prince Harry, known to the public.

The existence of the letter was for a first time revealed to the press after a couple of Meghan Markle's close friends gave anonymous interviews to an American celebrity magazine. One of them is apparently one of her co-stars in Suits.

After Thomas Markle publicly attacked his daughter and Prince Harry, last August, three months after her wedding, Meghan sent a written plea to her father, asking him to settle their differences privately. The letter, so Thomas Markle, is far from conciliatory and is said to have left him 'devastated'. 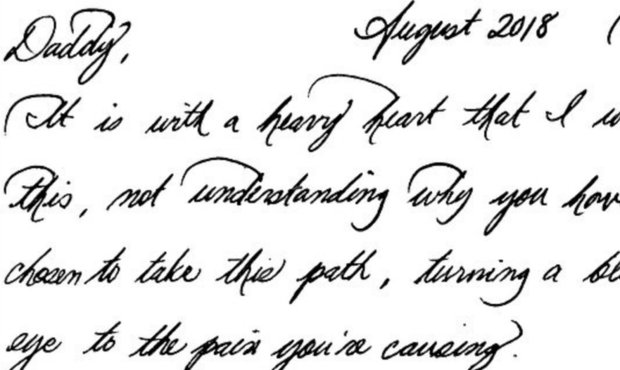 In pristine handwriting, the Duchess of Sussex accuses her father of having broken her heart 'into a million pieces' by having given interviews to the press and having fabricated stories and lies, attacking her new husband. She also reveals her disappointment about him siding with her half-sister Samantha, who had previously attacked her in the press, while she had silently suffered at the 'hand of her vicious lies'. Over five pages, she continues pouring out her heart to her father.

Thomas Markle, who according to own statements, did not want to make the letter public, has felt obliged to make it available to the world now, because its contents were apparently 'falsely portrayed'. Contrary to claims made by Meghan's friends, he feels that the letter made no attempt at healing the bitter rift. 'I thought it would be an olive branch. Instead, it was a dagger to the heart’, he said.

Her friends, who supposedly gave the interviews, did so by all appearances without her approval. Her silence on the matter is being interpreted as a possibly tacit one.

Thomas Markle has since given a series of damaging interviews in which he has spoken of his dismay at being pushed aside by his daughter and her new family.

Making up for past mistakes by adding fuel to the fire might however be either a failure of judgment on his part or just a simple attempt at making a quick buck.