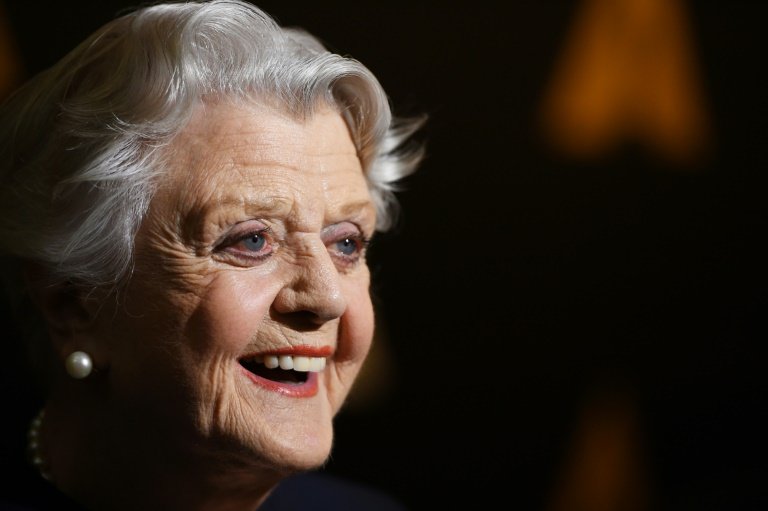 Angela Lansbury was known around the world for playing down-to-earth widow Jessica Fletcher who ferreted out criminals in the US television series "Murder, She Wrote", which was exported to dozens of countries / © AFP/File

Actress Angela Lansbury, who became a household name through her role as a writer-detective in "Murder, She Wrote," died on Tuesday, her family announced. She was 96.

The British-born star, who found fame and fortune as one of television's most memorable characters, was also a hugely successful and decorated stage and film actress.

"The children of Dame Angela Lansbury are sad to announce that their mother died peacefully in her sleep at home in Los Angeles... just five days shy of her 97th birthday," a statement widely quoted in US media said.

Tributes came Tuesday from across the world, with Australian former prime minister Malcolm Turnbull posting a picture of the pair, who were cousins.

"Thank you Angela for the joy & love you have shared with all the world all your life," Turnbull tweeted.

Meanwhile NASA posted what it called "a cosmic rose" -- a deep space constellation -- in memory of the actress.

Lansbury was nearly 60 years old when she netted the role that made her famous: the mystery writer and amateur sleuth in the smash television series "Murder, She Wrote."

In a career spanning more than seven decades, she appeared in about 60 films and starred in some of Broadway's biggest musicals.

She snapped up six Golden Globes, five Tony Awards for her work in American theatre and, in 2013, an honorary lifetime Oscar.

But most remember her as the down-to-earth, middle-aged widow Jessica Fletcher who ferreted out criminals in the television series "Murder, She Wrote", which ran from 1984 to 1996 on US television and was exported to dozens of countries, making her recognised the world over.

"I was amazed, almost everywhere in the world knew Jessica Fletcher. They treated me like a rock star," Lansbury said in 2016.

The 264-episode series won her four of her Golden Globes, as well as a fortune: she garnered up to $300,000 per episode.

Even so, in 2017 at the age of 91, the still-lively actress spoke of her wish to play the role of Jessica Fletcher "just one more time", British media reported.

Lansbury was born in London on October 16, 1925, to a family of politicians and actors.

Her grandfather, George Lansbury, was a leader of Britain's Labour party in the 1930s and her mother, Moyna Macgill, was an Irish actress.

In 1940 she emigrated with her widowed mother to the United States, fleeing the World War II blitz. 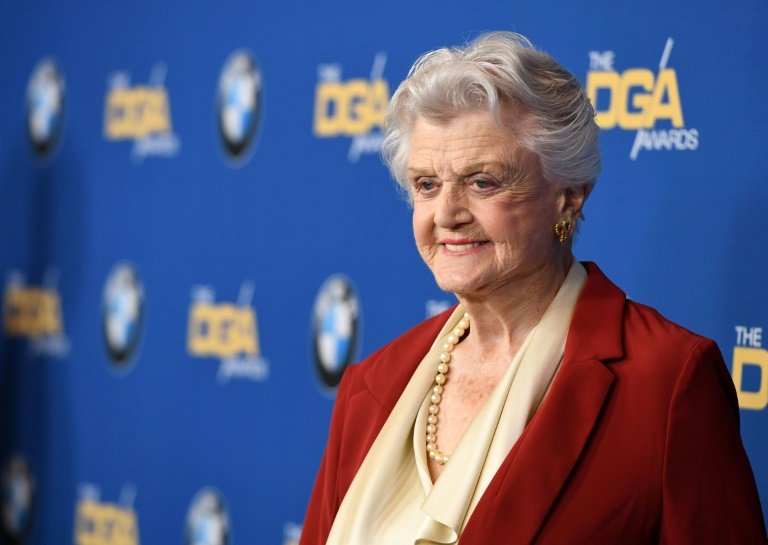 Her film breakthrough came at just 17 when she was cast as the conniving maid Nancy in the 1944 psychological thriller "Gaslight" with Ingrid Bergman, a role that won her an Oscar nomination for best supporting actress and led to a seven-year contract with MGM studios.

Another Oscar nomination quickly followed, for "The Picture of Dorian Gray" in 1946, while a third nomination came for "The Manchurian Candidate" in 1963, roles for which she picked up two Golden Globes.

However, Lansbury was often sidelined into secondary roles, playing characters older than herself.

"I was playing older parts when I was terribly young because I wasn't a big screen beauty. I am a character actress," she told BBC radio in 2014.

In the 1961 musical comedy "Blue Hawaii", for example, she was the mother of a dashing tour guide played by Elvis Presley, who was only 10 years her junior.

- From Hollywood to Broadway -

Frustrated with her slow career in Hollywood, Lansbury moved to theatre in Broadway in the late 1950s.

But she continued to pick up roles in cinema, gaining a younger audience as the witch in the hit Disney film "Bedknobs and Broomsticks" in 1971.

She won her fifth Tony award in 2009 for her Broadway role as dotty clairvoyant Madame Arcati in Noel Coward's "Blithe Spirit."

"She's the utmost professional," Michael Blakemore, who directed her in the play, was quoted as saying in The Guardian newspaper in 2015.

"I think people such as her, who have been acting since they were teenagers, develop special gifts because they learn the basis of their craft when they are young and impressionable," he said.

Lansbury was married for 53 years to her second husband Peter Shaw, who died in 2003.

Britain made Lansbury a dame in 2014.

"In addition to her three children, Anthony, Deirdre and David, she is survived by three grandchildren, Peter, Katherine and Ian, plus five great grandchildren and her brother, producer Edgar Lansbury," the family statement said.

"A private family ceremony will be held at a date to be determined."