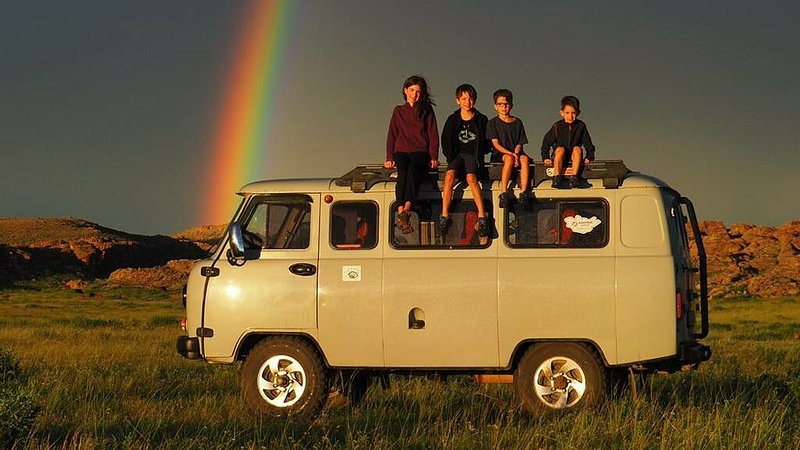 A Canadian couple tries to make the best out of a difficult situation. Their children have been diagnosed with a rare condition called "retinitis pigmentosa" , which results in the decline, or worst case, a complete loss of vision.

What would you do if your children would get diagnosed with a rare genetic condition that could leave them with a loss of vision? Such is the fate of a Canadian couple, Edith Lemay and Sebastian Pelletier, who learned that three of their four children were affected by retinitis pigmentosa.

"Retinitis pigmentosa" is a rare eye disease that affects the retina; syptoms usually begin in childhood and over time, can result in the loss of sight.

Mia, the eldest of the children, started having symptoms when she was only three years old. Shortly after that, their other children Colin (now 7) and Laurent (now 5) have been diagnosed with the same condition. The only child that was left in the clear was Leo, who is now 9 years old.
Since there is no cure to slow down the development of retinitis pigmentosa, the parents don't know for sure how quickly the loss of vision might occur.

As a way to make the best out of this situation, their parents decided to take their children on a world tour. In an interview with CNN, the mother recalls how one of their doctor's suggested to help their children make "visual memories", which prompted the family to gradually put some money aside and travel together.