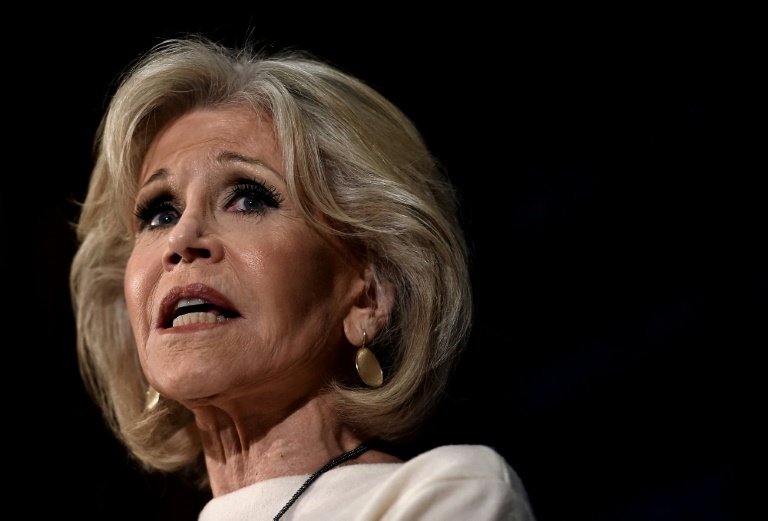 US actress and activist Jane Fonda announced Friday that she has cancer, and has begun chemotherapy in her battle against the disease.

The 84-year-old Oscar winner, a prominent supporter of the Democratic Party, vowed to fight the "very treatable" illness.

"I've been diagnosed with non-Hodgkin's Lymphoma and have started chemo treatments," she wrote on her verified Instagram account.

"This is a very treatable cancer. 80 percent of people survive, so I feel very lucky.

"I'm also lucky because I have health insurance and access to the best doctors and treatments."

Fonda, an avowed environmentalist and social campaigner, said her position was more fortunate than that of many others in her situation.

"Almost every family in America has had to deal with cancer at one time or another and far too many don't have access to the quality health care I am receiving and this is not right," she wrote.

Non-Hodgkin's lymphoma is a kind of cancer that starts in the lymphatic system, a part of the body's immune defenses, and can develop into widespread tumors.

According to the Mayo Clinic, symptoms can include: swollen lymph nodes, abdominal pain or swelling, chest pain, coughing or trouble breathing, as well as persistent fatigue and fever.

"In most instances, doctors don't know what causes non-Hodgkin's lymphoma," the clinic says on its website.

"It begins when your body produces too many abnormal lymphocytes, which are a type of white blood cell."

Usually those cells die, and the body creates new ones to replace them -- but in non-Hodgkin's lymphoma, they don't, even as the body keeps making more.

"This oversupply of lymphocytes crowds into your lymph nodes, causing them to swell," the clinic's website states. 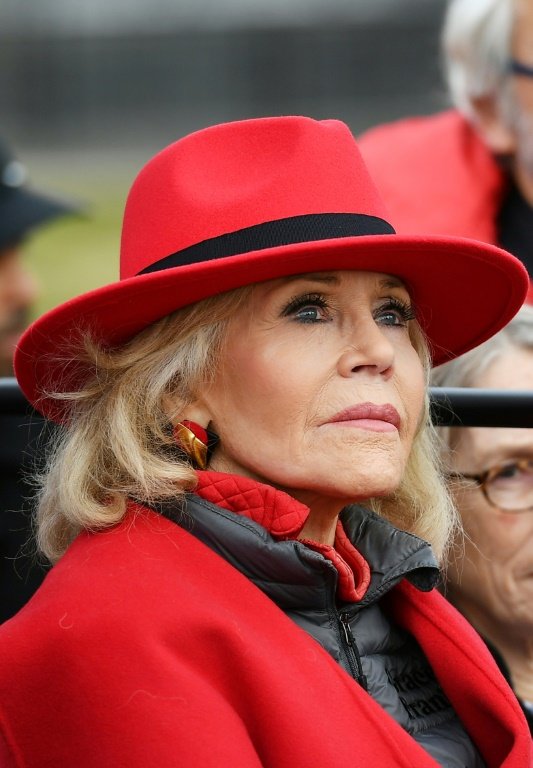 US actress Jane Fonda, seen during a climate rally in Washington, DC in 2020, said her illness would not get in the way of her activism / © AFP/File

Fonda vowed that her treatment will not impede her environmental campaigning, and urged action on fossil fuel use, which she linked to cancer.

"I'm doing chemo for six months and am handling the treatments quite well and, believe me, I will not let any of this interfere with my climate activism.

"We're living through the most consequential time in human history because what we do or don't do right now will determine what kind of future there will be.

"I will not allow cancer to keep me from doing all I can, using every tool in my toolbox."

She pointed to November midterm elections which could determine whether US President Joe Biden's Democrats lose control of both houses of Congress, saying they were "beyond consequential."

As a result, "you can count on me to be right there together with you as we grow our army of climate champions," she wrote.

She has five other Oscar nominations in her career, four of them for best lead actress.

As well as anti-war activism during the US-Vietnam war that saw her dubbed "Hanoi Jane" and blacklisted in Hollywood, she was also a major figure in the home fitness video craze of the 1980s.

Fonda continues to work, and appears as the voice of an elegant dragon who is the CEO of a luck-making operation in the Apple TV+ animated movie "Luck."

She also stars in the popular, long-running Netflix hit "Grace and Frankie."

Fonda comes from a family of famous stars; her father Henry was a legend of the big screen appearing as the hold-out juror in "12 Angry Men," and winning best actor for "On Golden Pond" (1981).

Her brother Peter was a seminal figure in 1960s counterculture, whose turn in "Easy Rider" is a touchstone of Hollywood history.