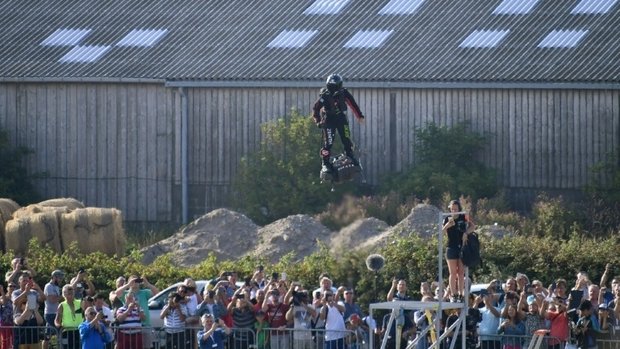 Frenchman Franky Zapata took to social media on Sunday evening to reassure fans that he is "doing well" after suffering a 15-metre fall during a flyboard demonstration.

Zapata, who is known in France as the 'flying man', organised his flyboard demonstration at the Biscarrosse and Parentis Lake in Landes, France.

While showing his invention in action, he suddenly began losing altitude at about 15 metres and finally plunged into the water.

After the accident, Zapata communicated via tweet that he is "doing well", taking the accident with a grain of salt to consolidate his fans: "This should remind us that we are not birds and that if we are not performing at our absolute best, gravity will always get the better of us."

He further thanked emergency services at the scene for their support.

Zapata rose to global fame back in 2019 when he used his signature flying device to cross the English Channel, succeeding on his second attempt to cover the 22-mile distance in just as many minutes.