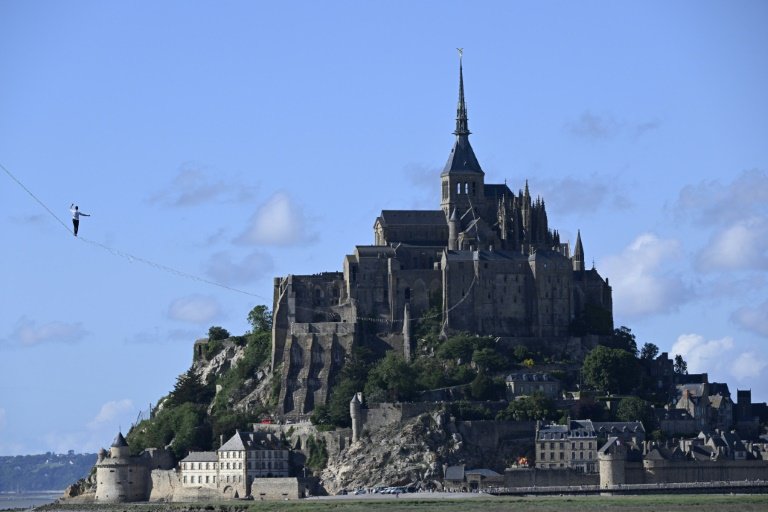 French daredevil tightrope walker Nathan Paulin on Tuesday claimed a new world record as he completed a 2,200-metre-long (nearly 1.4-mile) trip to Mont Saint-Michel along a wire suspended between a crane and the famous abbey on the tidal island, his team said.

Paulin, 28, let himself down on the wire just metres before the finish "for safety reasons" his entourage said.

"He reached the stopping mark and so the (distance) record is beaten," his spokeswoman, Laura Zhang, told reporters.

Paulin started his walk at an elevation of around 100 metres in late afternoon, secured to a safety line.

It took him two hours to inch his way, barefoot, along the two-centimetre-wide slackline.

Paulin claimed the previous record when he completed the then longest crossing of 1,662 metres in 2017 above the Cirque de Navacelles, a steep-sided canyon in southern France.

His team said he had surpassed that mark last year in Sweden, but that the walk to Mont Saint-Michel was the longest.

Mont Saint-Michel, a 1,300-year-old Benedictine abbey, is a UNESCO world heritage site and a major tourist attraction in northwest France.