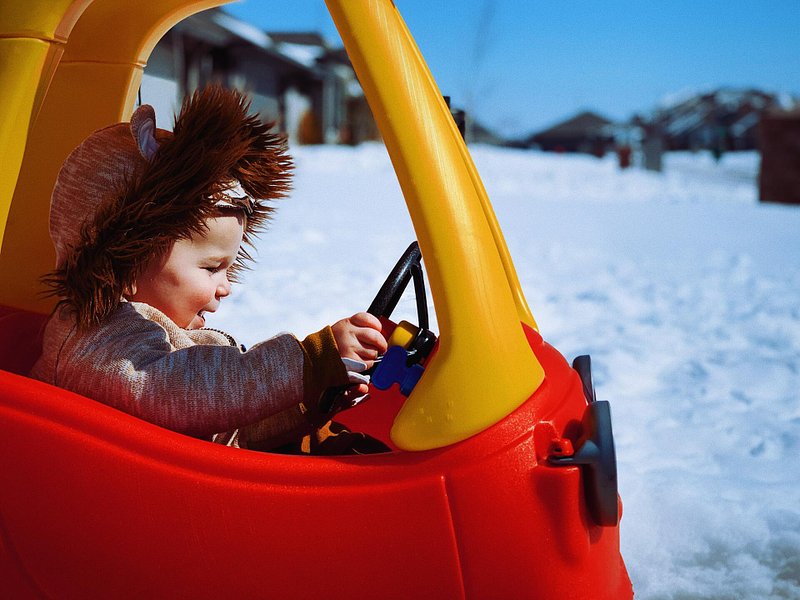 The only type of car a child should be driving! / © Photo by Tommy Bond on Unsplash

A four-year-old boy in the Netherlands took his mother's car for a drive before crashing into two parked cars, police said Sunday.

Police in the central city of Utrecht were alerted on Saturday when residents spotted a youngster walking in the street dressed only in pyjamas and bare feet.

"We immediately responded, as bystanders were worried that the boy was suffering from hypothermia," police wrote on Instagram.

As they arrived, officers received a second report of a car accident close-by involving three cars. The driver suspected of causing the accident was missing.

That car was registered to the boy's mother, they said.

Police phoned the mum "and when she spoke to her son, he made noises resembling a car and used gestures showing turning a steering wheel," police said.

"We then realised that the child may have been the driver."

After a hot chocolate at the police station and some comfort from a teddy bear, the boy was reunited with his mum, police said.

They went with police to the crash scene together, where the boy took the keys, got inside and started the vehicle -- "and pressed down on the gas pedal" police said.

The boy had woken up when his dad went to work and taken his mum's car keys "to go for a drive," police said.

The mother told police she had "quite a resourceful child", while police warned the parents to hide their car keys in future.

"New Max Verstappen found in (the Utrecht suburb of) Overvecht," police wrote on social media when reporting the incident, referring to the popular and current Dutch world champion Formula One driver.

"Fortunately, this mini driver's adventure has come to an end with a sizzle," the police wrote in their report.