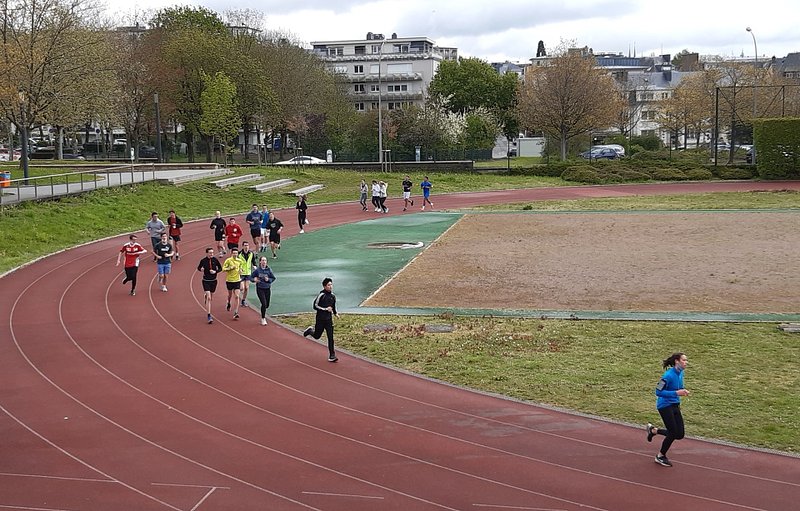 The NGO Athénée – Action humanitaire has announced their traditional charity run will once again take place on 1 April, with the aim of raising funds for several projects, including supporting people affected by the war in Ukraine.

Students at the school will be sponsored per five minutes of running time, while one of the parents, Mr Paulo de Sousa, is planning a 24-hour non-stop run to raise awareness. All Athénée students will participate in the run.
The NGO has also teamed up with a final year student, Emile Schummer, to gather donations of material goods in collaboration with LUkraine, raising over €2,500 in a week through the sales of first aid and survival kits on the charity's online shop (shop.al.lu). A proportion of the charity run proceeds will also be donated to LUkraine.

Alongside the charity run, there will also be a panel discussion with MEP Charles Goerens and a member of LUkraine on 1 April, inspired by the recent visit of newly-appointed President of the European Parliament, Roberta Metsola, to the Athénée.

How can RTL Today readers get involved? You could sponsor a runner (a minimum of €5) at charityrun.lu, or purchase the survival and first aid kits (€25 each), all proceeds of which go towards the charity. If you're of a more athletic persuasion, why not offer moral support to Mr de Sousa in his 24-hour endeavour, which starts at 2pm on Thursday 31 March on the tracks outside the school.

For more information, tune into the Sam Steen Show on RTL Today Radio this Tuesday, when two students from the Athénée will join the radio team to discuss the charity's endeavours.