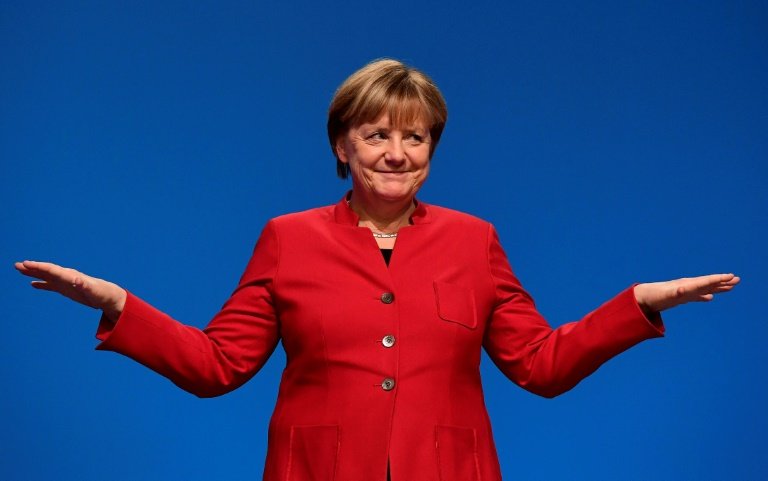 But only now, at the end of her 16 years in office, has she declared herself a feminist -- too little too late for some in Germany.

In 2017, Merkel was at a rare loss for words when she was asked if she was a feminist, and dodged the question.

But earlier this month, during a joint interview with Nigerian author Chimamanda Ngozi Adichie, Merkel was less coy. "I am a feminist," she said.

Merkel, who is bowing out of politics after Germany's September 26 election, admitted she had been "shy" about the label but said her thinking on the issue had evolved.

"Essentially, it's about the fact that men and women are equal," the 67-year-old said.

Ines Kappert, head of the Gunda Werner Institute for Feminism and Gender Democracy in Berlin, called Merkel's belated realisation "a slap in the face" for women.

"She had 16 years to listen to feminists and improve the situation of women in Germany and she decided not to," Kappert told AFP.

Germany's gender pay gap remains among the highest in the European Union and stood at 19 percent in 2019, not least because many German women work part-time.

Merkel's conservative CDU-CSU bloc has resisted a long-standing feminist plea to reform Germany's tax system for married couples, which makes it less attractive for the lower-earning spouse, usually the woman, to work full-time.

Merkel's cabinet only last year agreed to a mandatory quota for women on management boards, a reform spearheaded by her coalition partner, the centre-left Social Democrats (SPD).

A law on gender wage transparency was meanwhile passed after much conservative foot-dragging. 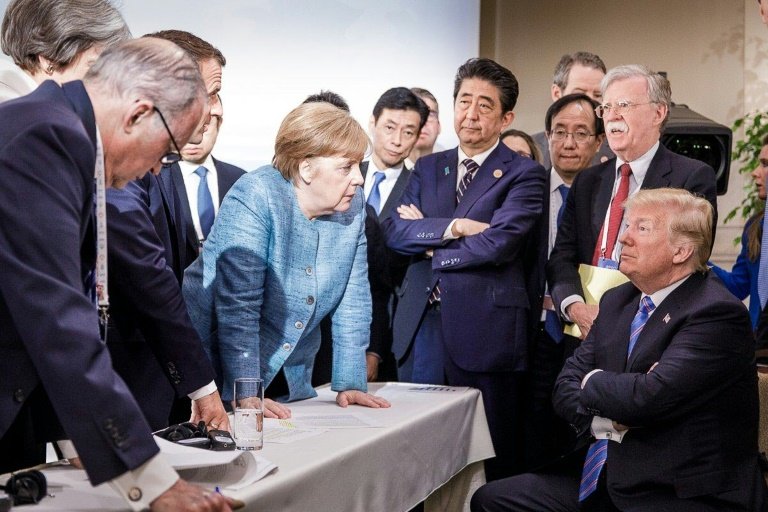 And there are now fewer female lawmakers in the Bundestag lower house of parliament than earlier in the Merkel era, falling from a peak of around 36 percent in 2013 to 31 percent today.

"Perhaps she didn't notice being one of the few women on the global stage all these years since she had her nose to the grindstone working out one crisis after another."

The no-nonsense chancellor is famed for holding her own against the likes of Vladimir Putin, Recep Tayyip Erdogan and Donald Trump -- only the occasional eye roll hinting at exasperation with macho posturing or mansplaining attempts.

In the twilight of her reign, Merkel has spoken more frequently about women's rights and her own experiences.

Merkel grew up in former communist East Germany, where free childcare enabled women to work and equal pay was written into the constitution, benchmarks of equality that were not carried over after German reunification in 1990.

She recently said it was her physics studies that taught the pastor's daughter to stand up for herself in a male-dominated environment, recalling the scramble to snag a table during experiments.

Merkel, who is married but does not have children, said in March that the pandemic must not be allowed "to lead us to fall back into old gender patterns", as parents struggled with school closures, working from home and job cuts.

But her government has also been criticised for not prioritising families during the coronavirus crisis.

Kappert said Merkel had not held the door open for progressive, feminist politicians.

As a result, her CDU party is experiencing a "patriarchal backlash" with "all these super sexist, conservative men coming back," Kappert said.

The conservatives' pick to succeed Merkel, Armin Laschet, recently said a chancellor could play a key role towards more gender equality "perhaps a man even more than a woman".

The only female chancellor candidate is mother-of-two Annalena Baerbock from the Greens, whose party is not expected to win but stands a realistic chance of being part of the next coalition government.