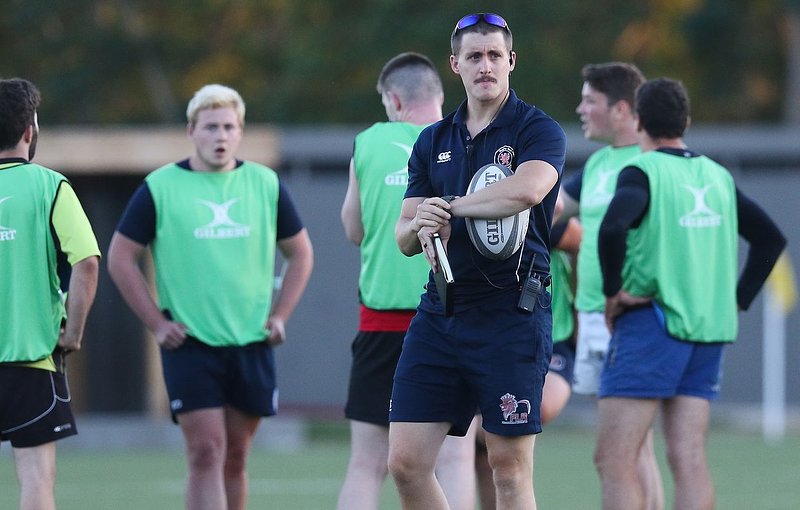 Earlier this week, we reported that James Kent, a Luxembourg National Coach, was to travel to Australia with the French National Team as part of the Performance Analysis crew. Here, RTL Today speaks with the driven young man about how this opportunity came to pass.

Kent first touched down in Luxembourg towards the end of 2017 after finishing working at the Women’s Rugby World Cup in Ireland with the Canadian team in August of that year. "My wife had found a job here and so we decided to give Luxembourg a go!", Kent says.

It was not long before the rugby enthusiast fell in with Rugby Club Luxembourg, "I saw the enthusiasm that people had for rugby even though it is a minority sport," Kent says of his decision to get involved with the team.

"The amount of kids playing the sport is very promising," Kent enthuses about Luxembourg's future, comparing development opportunities to other countries where he had worked in a rugby framework. "I think the main difference was how people viewed it compared to somewhere like Canada or Spain. Here it’s mainly considered as a hobby, whereas even working with the Canadian women who were amateurs, their approach was professional." 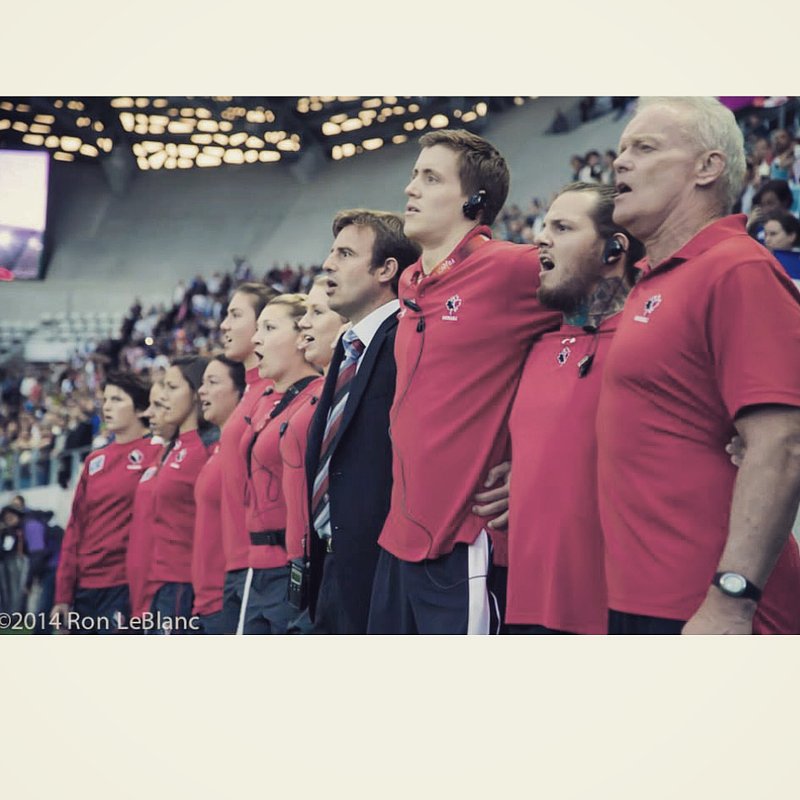 Whilst preparing for the World Cup, Kent elaborates that the squad would be working full time jobs yet still be training three times a day, "Lifting in the morning, run on their lunch break and club training in the evening". This is one thing that has held back Luxembourg's considerable development from being even stronger than it has been in recent years: amateur players but professional mindset. "The culture in Luxembourg," James says, "is very much work focused, long days etc so it’s harder for players to dedicate extra time to rugby when juggling a career, family and whatever else".

Back in 2019, a colleague of mine who I worked with at Stade Francais also worked at the FFR and mentioned that the French U20s might be looking to add to their staff and then the following week I was having an interview with the managers of the team.

It was not a cut and dry 'decision' to get into performance analysis as a career claims Kent, "I started analysing games when I started with Rugby Canada, specifically working on games from the 7s teams who were competing for a spot at the 2016 Olympics. It was something that I learned on the job, I didn’t do any formal courses in PA. I was then asked to work on some games and then after was told that the women’s XVs needed an analyst to go to the 2014 Women’s World Cup and it just kicked on from there."

Despite falling into a role which he was clearly made for, Kent does acknowledge that the tasks require a specific way of thinking; "In my opinion there are two kinds of performance analysts - those who are predominantly stats based and great at number crunching and then those who come from a coaching background and who are more driven by breaking down opposition teams and the technical elements of the game."

So where does Kent place himself on that rather listed spectrum? "I would consider myself the latter as I came into performance analysis late from a coaching pathway and I think that helped."

You need to love the sport you work with to be successful and this is something that Kent stresses has been vital in his career thus far. "You have to enjoy watching rugby because you’re going through a lot of film! You also need to be prepared to work odd hours- say for example your team have a 9pm kick off, you’ll be going to bed at about 5am (if you’re lucky) after cutting the game: the rucks, the line-breaks, tackles made/missed and a whole lot more to be ready for the next morning.  Once that’s done then you’re onto focusing on the next game and seeing what tendencies you can pick up, what individual triggers players might have, say before a kick or looking for weaknesses in their game."

Even having cut his teeth with the Canadian Federation it was still some step up to be involved in the French Senior Squad's training and analysis team. France, for the uninitiated, are currently ranked 5th in the world.

"Back in 2019," Kent says, "a colleague of mine who I worked with at Stade Francais also worked at the FFR and mentioned that the French U20s might be looking to add to their staff and then the following week I was having an interview with the managers of the team." 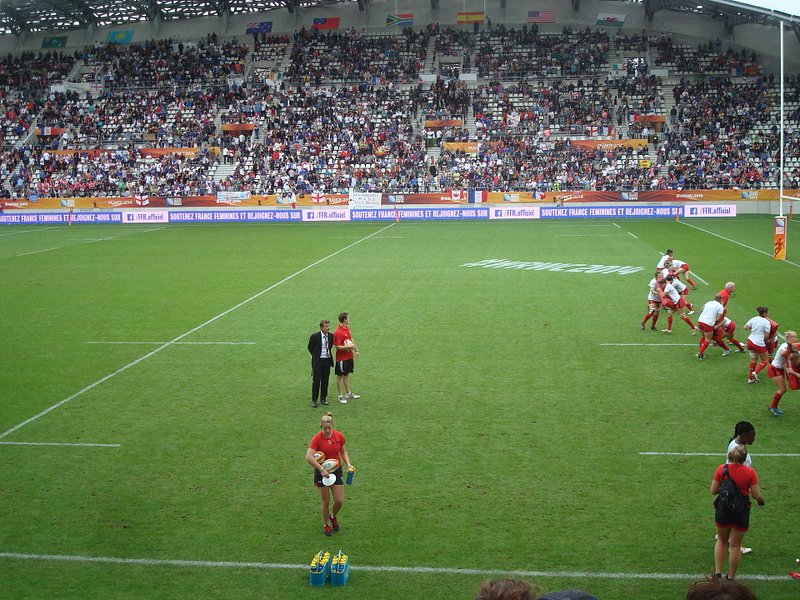 Being a fan of rugby since childhood, it must be unnerving to think that he will be running a fine tooth comb of some of the world's greats and Kent is not ashamed ton admit that he has been starstruck on a number of occasions already. "On the rugby scene" Kent says of his years watching the sport, "I loved watching the Lote Tuqiri's and Yannick Jauzion’s of the world. The early 2000s was the start of big, ball carrying backs and that’s something I liked to watch. On a global sporting level, Kobe Bryant and his undeniable work ethic and drive was always something I looked up to."

Though James cannot name 'names', there must be some squad members who are notorious for abusing 'cheat days', or getting out of training (your editor used to have a lot of tactical wees during particularly tough training sessions with the Lux National Team), though Kent says not. "Generally at that level they are pretty professional about their nutrition and with GPS trackers it’s hard to hide in training. That doesn’t mean there hasn’t been the odd pizza or two to celebrate a win… I’ll leave it at that..."

The business of Performance Analysis and Strength & Conditioning deals with making minute changes, so how do you a) identify these and b) approach the players to make the changes? It must be a difficult situation to handle. Kent is straightforward in his description of what goes into the role, "on match days we are in constant communication with the coaching staff. The sports scientist(s) monitors the GPS loads and if he sees something abnormal he’ll mention it to the coaches, who will then make a decision with the players." Despite all the technology available to coaches, players, squads, "the old school power of observation though is still the best way though" James argues.

Kent's views on performance relationships to individual and team sports are interesting; "I haven’t been around individual sports enough to be able to compare," he says, "but I can imagine mental performance would have even greater emphasis for golfers, boxers and tennis players, as you are out there on your own in the thick of it with nobody to keep you focused or pick you up and I think that’s biggest part of it."

The French team have their tails up, and a confident French side is one that will always frighten opponents. On their day the French can beat anyone and have done, so as James and the squad head to Australia, what improvements need to be made? "I think it will be a good opportunity to test ourselves against Southern Hemisphere opponents and look at the differences around the ruck. The ruck is refereed slightly differently and ruck speed is quicker so it will be interesting to see how we adapt" James says of preparing for Autumn International's, next year's Six Nation and an upcoming home World Cup.

James has three specific moments that he looks back at with pride: reaching a World Cup Final with the Canada Women’s Squad, "getting the call up with Le XV de France and of course getting a win against Sweden with the Luxembourg National team", this surprise victory came against the odds as  "they (Sweden) were ranked about 20 places or so above us". 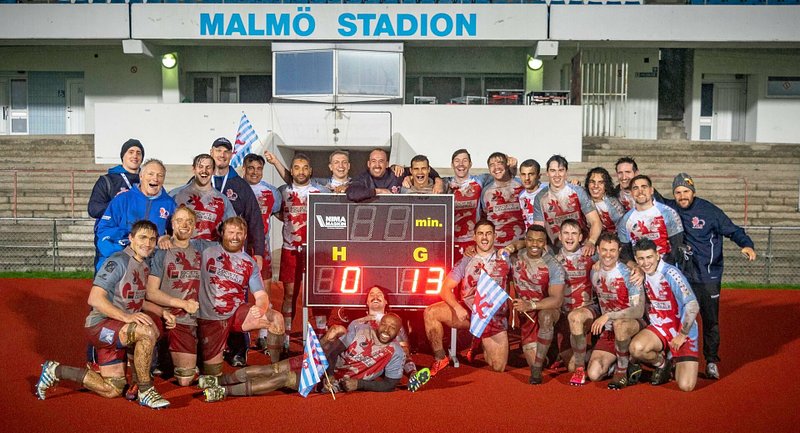 What advice would James give to anyone starting out in PA? "You should decide what kind of analyst you want to be and get to know the coaching staff well and how they work!" Kent himself has juggled a number or roles in his journey to this point, "I’m fortunate enough that this is my job but I must admit trying to go back to studying again after 10 years away from the books has been tricky! I just try and find some time here and there in the early mornings."

Despite all the late-nights, bleary eyes and data crunching, all of that effort pales into comparison when losing a World Cup final against England "that," he says "is never easy to digest…"

We hope to speak to James during his time with the French squad. Watch this space.

If would like to wish James well or indeed get in touch regarding Rugby Club Luxembourg, you can do so via coach@rcl.lu