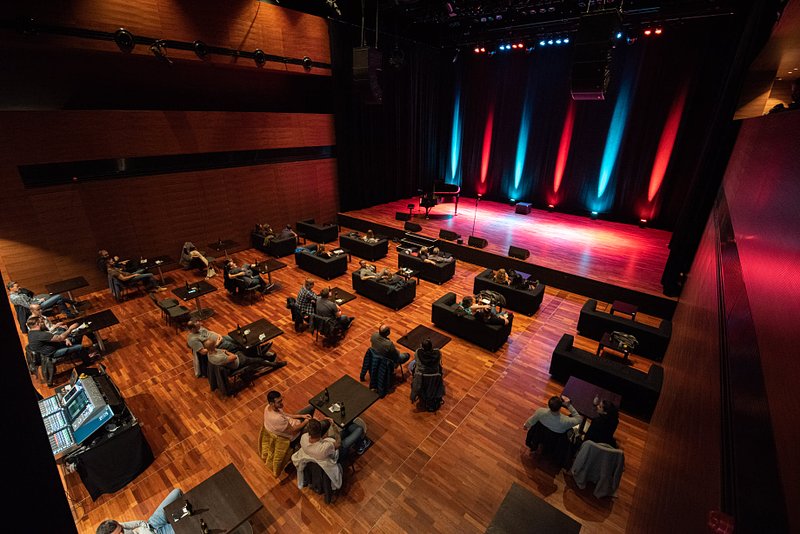 Socially-distanced concert seating allows for 100 guests at Opderschmelz - all with masks, and no drinks. /

In ‘Times like Covid’, RTL Today interviews people from different professions and backgrounds on how the ongoing pandemic has shaped their lives.

Carefully spaced seats, no drinks, face masks and the sprint home before curfew time hits. The experience of live concerts has changed dramatically with Covid-19, but despite an uncomfortable and unusual concert setting for both the audience and artist, one thing becomes vividly clear when comparing the Grand Duchy to the rest of the world: Luxembourg is a global leader in keeping culture and live performances alive.

Whereas cultural workers in many other countries have somewhat been left to their own devices, Luxembourg has championed in keeping the sector open. Like much else in the world, music venues were shut at the start of the pandemic, but after the initial phase of uncertainty stages in the Grand Duchy continued to welcome many acts—sometimes publicly, other times behind closed doors in forms of residencies or rehearsals.

How have these venues coped with the past year?

Fabienne Dimmer of den Atelier says the future remains uncertain, one year after the first wave pulled a handbrake on the venue's live shows. Work has slowed down—on show days she is used to working 16-20 hour shifts, now she says she’s watching Prime Video just before showtime because there are no other emails to reply to. “Everyone is waiting to work again. I spoke to friends, tour managers, bookers and merch guys. They are now doing other jobs, but as soon as it’s over, they’re all back on tour.” Some of her colleagues are helping out at Covid test centres. “It’s a bit like working at a festival.” Dimmer herself has been staying busy with volunteering, which she does actively for Catch A Smile, a non-profit that organises relief convoys to refugees in need. But at the end of the day, it’s the “relearning to do nothing” that is the challenging lesson for her. 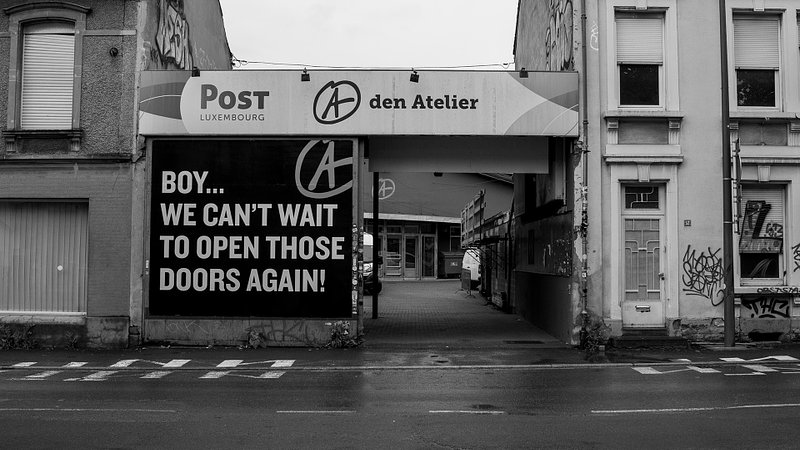 Venue capacity is a major obstacle, especially for smaller venues, where ticket sales are the main business driver. Currently, the limit for all venues, no matter their size, is set to 100 people, with additional limitations according to area. For den Atelier that limit is set at 70. With their usual capacity of 80 now stripped down to 10, De Gudde Wellen, a small bar with a podium in the city centre, can forget about hosting anything at this moment. “We’re staying optimistic”, says owner Luka Heindrichs, who has taken a chance with booking next season’s programme as of October 2021 and is teasing a special open air event for the summer.

For De Gudde Wellen, most revenue is generated at after-works and weekend parties, which is then pumped into the live shows, so ultimately no parties mean no gigs. The venue is home to a tight-knit community, so thanks to a fundraiser, art gallery auction and merch sale, much-needed funds came in to keep the establishment alive. These campaigns similarly helped his staff stay motivated and may have prevented them from finding better paid work elsewhere, often at larger structures. “I can’t wait for people to be dancing again and for the sweat to be dripping from the ceiling”, says Heindrichs.

On the other side of the spectrum is a cultural centre such as Opderschmelz, situated in Dudelange. Despite an initial three-month closure, they have remained open since June of 2020, offering artists from Luxembourg, the Greater Region and neighbouring countries a place to work on their craft behind closed doors. “It’s not a choice to do nothing”, says booker John Rech, who is also responsible for events such as Like A Jazz Machine, Zeltik, and Fete de la Musique. Unlike private venues, generating revenue is not as much of a priority for these halls - they place more weight on supporting the local scene and community, as well as showcasing a diverse programme. A part of their funding comes from the Ministry of Culture.

We are Tetris players. We spend as much time postponing and rescheduling shows than planning.

In terms of programming, almost no one is coming from the US or Canada, nor the UK, with Rech indicating that Brexit has played a key role in really making the situation foggy for touring artists. This all does mean that local acts are getting more spotlight time than would normally be available. “We are Tetris players. We spend as much time postponing and rescheduling shows than planning.”

Colleague booker Patricia Jocheim admits that the Luxembourgish audience is respectful and responsible, and it is one of the main reasons why live music has been able to continue in the Grand Duchy. Halls in Luxembourg tend to be modern with good air circulation, which is not the case for a dark basement pub. The organisation behind Opderschmelz has furthermore supported freelance technicians and teamed up with other venues in the country for joint productions. Artists were even being offered a 50% deposit upfront to support them through the first wave.

Meanwhile, test events are taking place in Spain and the Netherlands to analyse how safe live events can be right now, with positive results. Of the six people that tested positive at an event with 5,000 people in Barcelona, four of them were actually infected elsewhere, and not at the event itself. But testing every single attendee before and after the event requires a tremendous amount of resources and is just not feasible, both Jocheim and Rech say. They both believe that reopening will be gradual. At the moment, they’re still welcoming 100 people with a cosy set-up, including couches, tables and rows of seats.

What should the first type of gig post-Covid look like for Dimmer? “Something like IDLES, sweaty with lots of stage diving. I need to feel alive.”

Do you have a story to share with us about how Covid-19 has impacted your life? Feel free to reach out via email to joshua.oudendijk@rtltoday.lu.