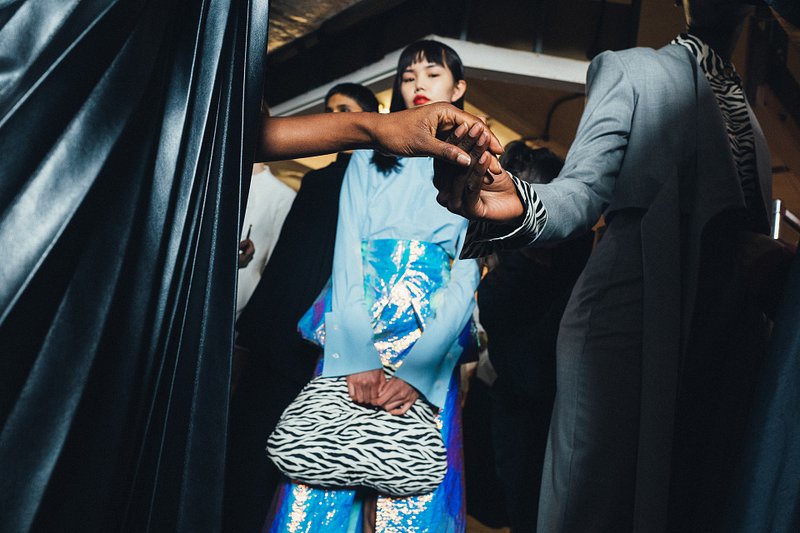 In an attempt to stay COVID-friendly, the fashion industry is picking up where they left off in 2020: by rolling out a plethora of lookbooks, fashion films and shows without an audience to present the AW21 collections to. While a reinvention of Fashion Week has been long coming, I’m personally rather torn about this ‘new normal’.

I can’t think of an industry that hasn’t been touched by the events of recent times - Fashion is no exception to that. While most tend to consider the financial facts and figures - for instance, brand engagement has suffered quite a bit from this all-digital format - my thoughts have been with the faces behind the shiny façade of Fashion. Those who have been trying to reinvent their strategies while struggling to make ends meet. Looking at the events of the past year, I realised - and now comes a sentence I didn’t think you’d ever hear from me - how glad I am to be part of the ‘Class of 2020’.

Sure, it would’ve been nice to finish off my degree on campus (rather than at home on my couch), to have had a proper graduation (rather than hoping that my diploma doesn’t get wet before I get a chance to fish it out of the letter box) and to have a more welcoming start into the working world. Still, I consider myself lucky. Before you question my sanity, let me explain why. 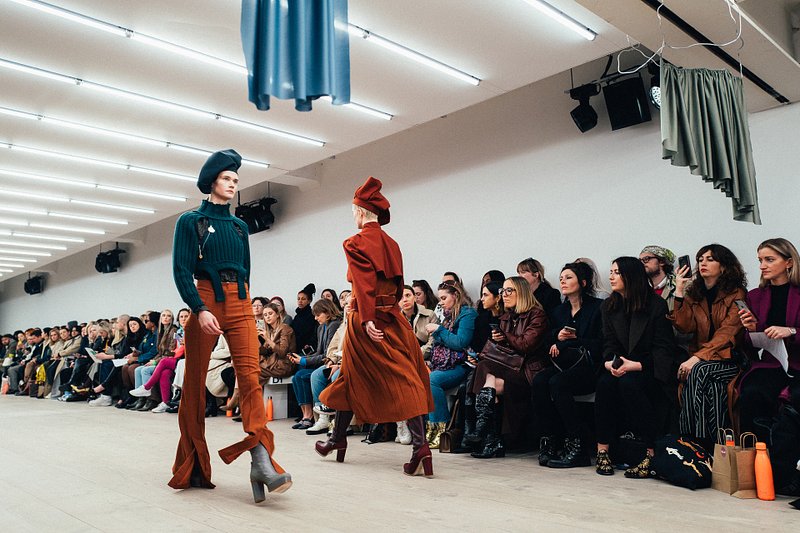 Over the past three years, I’ve spent my time juggling internships, little writing opportunities and university coursework. Looking back, I now understand how important every single gig was. It was a priceless education and London Fashion Week was my principal tutor.

Fashion Week has gained an infamous cult status over time. And while all of the criticism - ‘elitism’, ‘archaic format’, ‘promotion of unhealthy lifestyle habits’ (to put it mildly) and ‘considerable environmental impacts’ being some of the most recurring arguments - has a truthful core to some extent, it doesn’t change the fact that Fashion Week’s long-standing history has resulted in the event becoming almost synonymous with the industry.

The concept has been around for longer than you, me, my grandma, her parents and… you get the gist. It might’ve not had the same reach, but its core purpose was the same: to give designers a platform to share their creations with the world. Or, in a less poetic and more historically accurate manner, a way for a designer to sell his new collection to clients.

The mastermind behind this was English designer Charles Frederick Worth who is now known as the father of Parisian Haute Couture. His decision to switch static mannequins for real models was the first step towards what we now know as Fashion Week. Over the years, the event has had different names - from ‘salon shows’ to ‘fashion parades’ to ‘fashion press days’. The concept stayed the same though. And so did the madness that comes with it, for things always seem very glamorous until you’re in the midst of it. Same goes for Fashion Week. 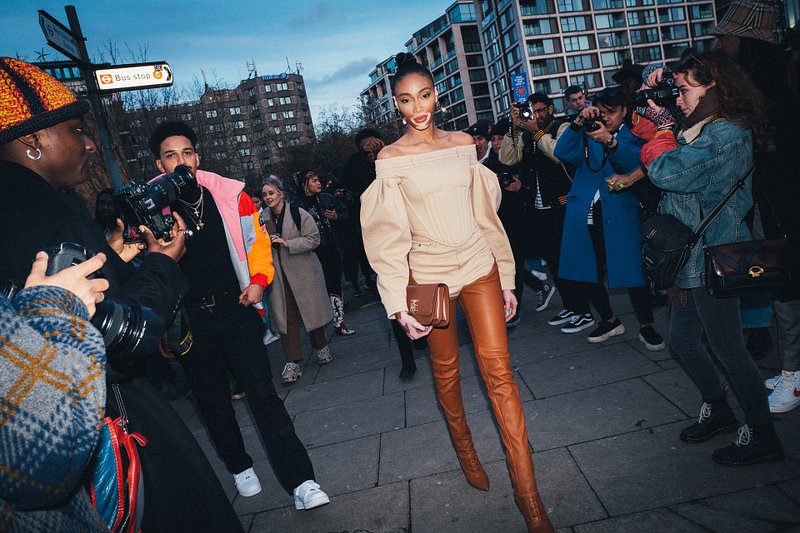 Unless you’re an A-lister (or ‘influencer’) that gets paid to look nice while taking some front row selfies, the shows are a mere 10-to-15-minute break from you running around the big city for days straight. Simultaneously, you’ll probably try to powder your oily T-zone on the bus-slash-tube while also taking a couple of bites from your sandwich before the next show.

If you’re a journalist: congrats, you really hit the jackpot. You’ll be busy jotting down woolly thoughts on your phone out of which you’ll try to puzzle a fully-fledged article on your way to the next show. You’re not alone though. Photographers have similar struggles. They try to capture anything that’ll pay next month’s bills - be that a well-known name, some bold colours, clashing patterns or extravagant accessories - and will edit between shows or at night when the rest of us are slumbering away.

Don’t get me wrong, Fashion Week can be very fun as well. The dressing up, watching new collections float over the catwalk, the incredible cocktails at fancy afterparties, all of which is shared via social media and has helped to expand this buzz around Fashion Week. What you don’t see though is all the work that goes into it and the amount of people that it takes to make Fashion Week happen.

Besides the designers and their helping hands, there’s more people involved in the process than one can count. From PR agents and event organisers to editors and buyers, stylists, dressers, models, makeup artists and hairdressers, not even talking about the whole technical staff. According to Fashion United’s recent report, the fashion industry employs over half a million people in the UK alone - many of which have had to completely reinvent themselves to stay in business. 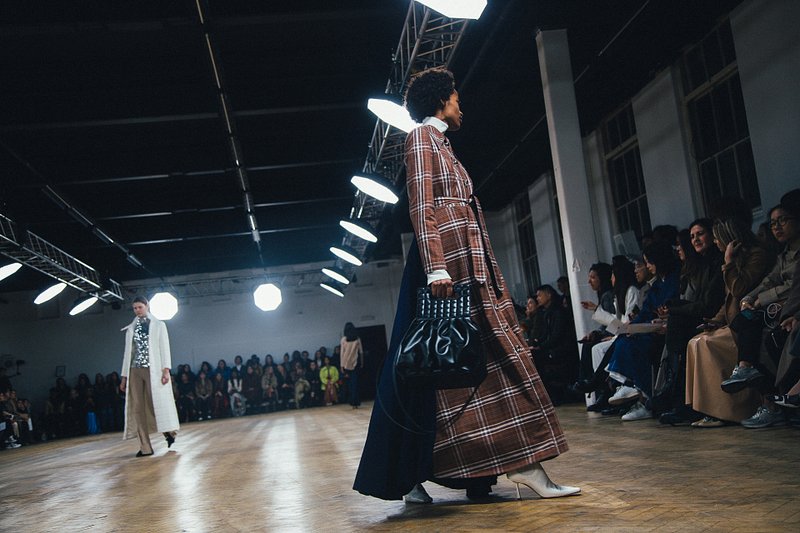 While I’m well aware that Fashion Week as such was neither a contemporary nor a sustainable means of presentation anymore, the rapidity at which this historic event and all the people involved have had to adapt makes it hard to accept or even enjoy this ‘new normal’. To me, Fashion Week is not just about pretty clothes or, as some would argue, wasteful consumption. It’s a means for designers to share vision of the world. To many, it’s their daily bread - to others, an opportunity to network, build their portfolio or gain an insight into what’s yet to come.

Fashion Week is a living chapter of history which I, probably unlike future fashion students, had the opportunity to experience in-person, rather than read about or watch live streams of. For that, I consider myself very lucky. But now, the show must go on, pandemic or not, so I guess it’s time to write the next chapter of history.