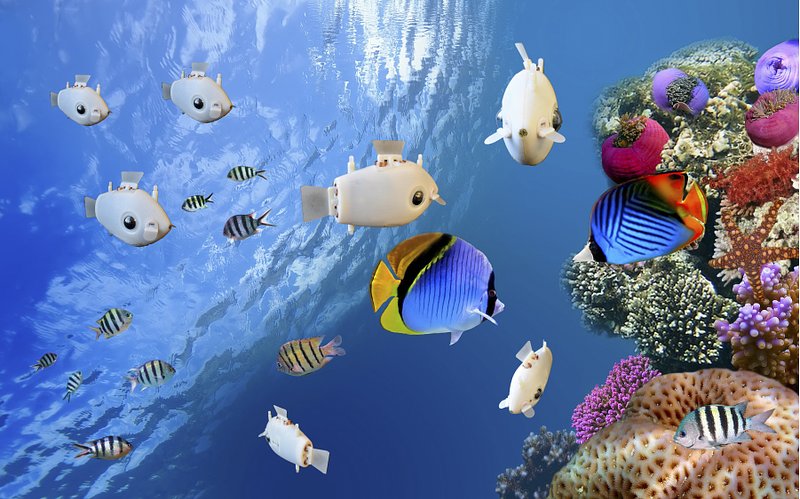 Each robotic fish, known as a "Bluebot" is equipped with cameras and blue LED lights that sense the direction and distance of its schoolmates inside water tanks. They swim using flapping fins rather than propellers, which improves their efficiency and maneuverability compared to standard underwater drones.