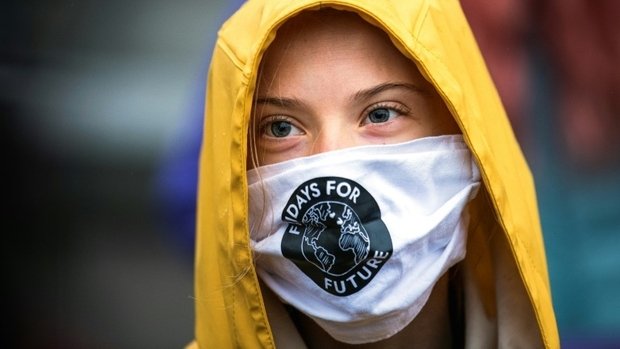 Over two years ago, the then-ninth grade student left her books at home and began sitting outside the Swedish parliament to raise awareness about the climate emergency.

Her "school strike" made the rounds of social media before gaining momentum in the international press -- and the "Fridays for Future" movement was born.

Named 2019 Person of the Year by Time magazine, Thunberg spent months that year criss-crossing the Atlantic by sea to attend first the UN climate summit in New York and then COP25 talks in Madrid last year.  As the unofficial spokesperson for her generation, Thunberg wants to sound the alarm about global warming among the world's politicians, as witnessed in her rousing "How Dare You?" speech at the UN climate summit.