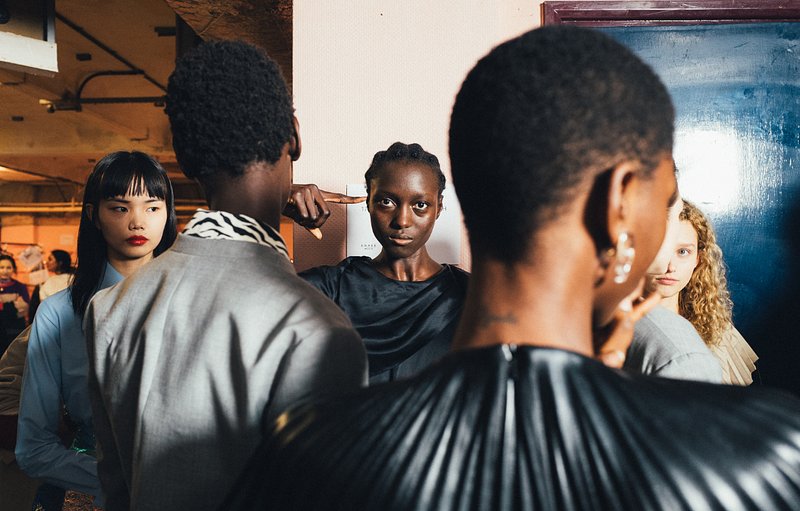 If you’d ask every person on the planet to describe the past year using only one adjective, the answers would probably go from ‘challenging’ up to ‘disastrous’, with a couple of ‘unexpected’ and ‘unprecedented’ thrown into the mix.

Emotionally, physically, professionally - no one was really prepared for what 2020 had in store for us. And no one was spared from the consequences which led to massive shifts taking place in pretty much every industry globally. Since designers are using the past as an inspiration to create collections that either reflect on the present and/or suggest solutions for an alternative future, I’ve always considered fashion to be a mirror of our times and society. As such, 2020 turned out to be a pretty… well… interesting one, both in terms of trends and production.

It was beginning of this year when the news of a new virus starting surfacing. Since COVID-19 was dabbling around China - more specifically, the Wuhan region - we did what we usually do best when things don’t primarily concern us: we laughed it off over a cold beer with our friends, occasionally following up with a well-timed meme to really make our point clear. In parallel, the fashion industry did the same: they ignored the problematic. After all, the show must go on, right? And so, it did.

Fashion has never been one to miss out on an opportunity to monetise change and the era of pandemic wasn’t going to be an exception to this rule.

This deliberate ignorance lasted for about 250 shows, to be exact. After that, the laughter muted and the memes started to become a reality. For the fashion world, as for most cultural happenings, this meant cancellations - one of the most notable ones being ‘the party of the year’, also referred to as the MET Gala - and postponements until further notice.

Fast-forward to December 2020, and we’re still waiting for this further notice. In the meantime, we fled into the digital world. Zoom, Netflix and social media became our best friends - the news outlets, our connection to the outer world.

Fashion has never been one to miss out on an opportunity to monetise change and the era of pandemic wasn’t going to be an exception to this rule. While a select few designers chose to still clench onto the traditional catwalk show, sprinkled with some social distancing for good measure - Dolce&Gabbana, Etro, Jacquemus, we think of you, guys - most fashion houses went on an extensive brainstorming mission to come up with new, innovative ways to promote their upcoming collections.

One result of this brainstorming mission were ‘The Adventures of Zoooom with Friends by Virgil Abloh’ for the Louis Vuitton Menswear SS21 collection. Half-animated, half-literal, the viewers were taken on a voyage through the monogrammed glasses of the legendary Maison - starting at its ancestral studio in Asnière-sur-Seine which was transformed into a museum in 2015. As such, Abloh managed, once again, to create a modern and relevant take on the fashion house’s legacy.

Dior didn’t disappoint either. For their AW21 Couture collection, Maria Grazia Chiuri and film director Matteo Garrone took us on a magical journey through a mystical wonderland that brought mythological figures and surrealist paintings to life. From Echo over Narcissus and Pan up to different dryads and water nymphs - the 15-minute-long masterpiece visualised the concept of fashion as a means to escape the dull reality, all while giving us an extensive look at the so-called ‘petites mains’ that work in the haute couture ateliers and were explicitly credited at the end of the video.

And let’s not forget the second edition of Rihanna’s Savage X Fenty show which, once again, showed the singer-turned-fashion-icon’s talent to innovate, even in times of a global pandemic. Just like the first time around, the hour-long show was a spectacle of epic performances – by Lizzo, Rosalía, Miguel and Travis Scott, amongst others - and seductive lingerie that could be shopped on-the-spot. As per usual, the show included an impressive set of models-slash-celebrities - Bella Hadid, Normani, Paris Hilton, Willow Smith, Cara Delevigne; the list goes on and on - giving us a glimpse into what an inclusive and culturally-diverse fashion industry might look like.

A post shared by SAVAGE X FENTY BY RIHANNA (@savagexfenty)

There were others, too. Hermès presented their SS21 Menswear collection in form of a live performance which was reminiscent of the backstage happenings at their catwalk shows. Nick Knight created a proper film for Maison Margiela which, as the title suggests, gives an insight into the ‘Artisanal’ and the thought process behind the collection. Jeremy Scott traded models and visitors for puppets for his Moschino SS21 show and a Bella-Hadid-look-alike A.I. was the star of Mugler´s SS21 film.

You see, the alternatives were numerous and, without a doubt, impressive. While it may
seem as if the pandemic has led to a much-needed re-evaluation of the oftentimes criticised fashion calendar – ‘outdated’, ‘irrelevant’ and ‘unsustainable’ are frequently used in the context – statistics suggest that the alternatives haven’t hit the point just yet. As such, the online buzz and engagement dropped by a whole third compared to 2019, when designers were still presenting at shows.

And yet, designers are making a point to end the fashion year on a positive note by materialising their hopes for a lighter future in collections, full of iconographic imageries – Richard Quinn, Loewe and Chanel being some prominent examples for this. The overarching message seems clear: we could all use a bit of faith right now.