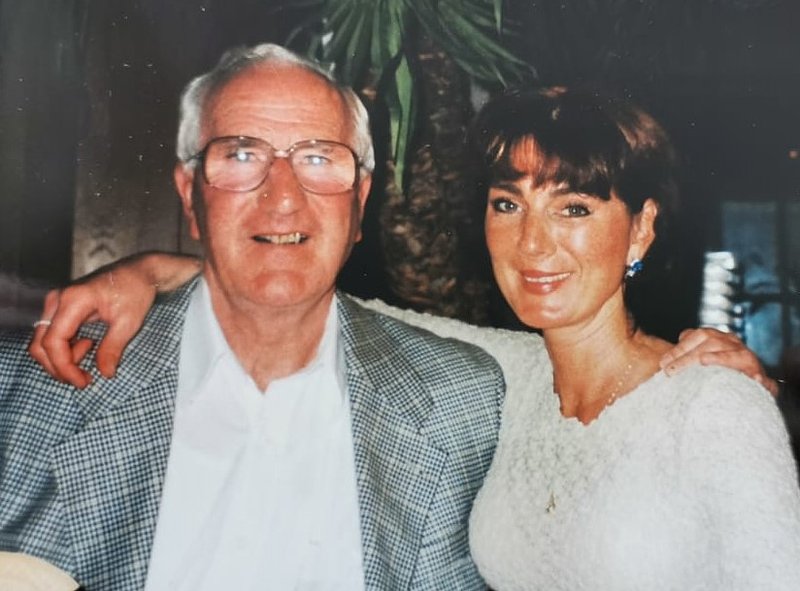 On 10 December 2019 a 59-year-old woman is found dead in her home. The doctor and police officers called to the scene, as well as the public prosecutor, are confident that it was suicide. The family wants certitude and requests a medical autopsy. After two months of back and forth and the surfacing of new elements of information, the public prosecutor’s office finally gives green light to perform a legal autopsy. But at this point the body has already turned to ashes, cremated without the family’s knowledge.

Sean and Brian Killeen cannot find peace. They are brothers, 53 and 57 years of age, respectively. Born in Ireland but spreading their roots in Luxembourg, the family has lived in the Grand Duchy for over decades. Sean owns a technology company based in Ireland; Brian works for the European Commission.

On 10 December 2019 their sister, Moyra, is found dead in her three-storey house in Belair. It is not a natural death. She is found by her husband lying in bed, her veins cut open on her right arm. Moyra is right-handed; her left arm is in a cast following a recent accident.

The doctor that is called to the scene ticks the box “violent and suspicious death” and concludes that Moyra has been dead for at least 24 hours. Police officers find a shaver and a pair of scissors on her bedside table. There are no traces of outside influence. At the time of her passing, three further people live in Moyra’s house: her husband and two students from Miami University.

The police officers assume suicide. There is no sign of a goodbye note.

The public prosecutor’s office is informed of the suicide; this is the regular procedure of dealing with a “violent and suspicious death”.

“Based on the police report and that of the doctor who was at the scene, the prosecutor’s office has come to the conclusion that there are no signs of any outside influence. In other words, the prosecutor understands this to be a suicide. Based on this decision, the corpse of the woman was released. With this, the criminal case of the matter was closed. The family requested a medical autopsy**, which is fully in their right, and also recommended as the follow-up procedure,” says a justice spokesperson.

It is the start of a story with many factettes and unanswered questions – remaining to this day.

In the last 12 months Sean and Brian Killeen have spent their time trying to understand what exactly happened. They look for answers about the exact cause of death. Their sister’s passing is incomprehensible and has started a long and exhausting hunt for the truth.

They first knock on the doors of ministries in Ireland, instruct a renowned Irish private detective to piece together a report on Moyra’s death, and speak to the Irish press.

Moyra Killeen died at the age of 59, leaving behind two children from a first marriage. In November 2019 she was in the process of divorcing her second husband, which whom she lived together in their house in Belair until the day of her death. But the divorce was not yet legally binding, as her husband explains to RTL: “All financial details of the divorce – the sale of the house and pension rights of my wife – were fixed and cleared up,” he says.

“She was in a difficult phase, was sometimes depressive and signed up to a clinic in the Netherlands before Christmas for treatment. But she was not suicidal,” the brothers explain. She leaves behind two children, both living in Luxembourg, and a sister, who lives in Ireland with her husband.

The family meets on Friday, 13 December in Merl. On Saturday, the 14th, a memorial ceremony is planned. Over 200 people gather to pay their respects to Moyra. That weekend the family sits together, grieving, asking questions.

That Monday morning, 16 December at 7am, Sean calls the undertaker responsible for bringing the body to Hamm for cremation*. He requests the undertaker to halt the cremation. The Killeen family insist on an autopsy of Moyra to really uncover what happened. The children agree, the brothers say. The husband was not involved in the decision.

“I signed the papers on Monday for my wife to be cremated in Hamm,” says Moyra’s husband. “No one from the family informed me of an autopsy. I knew nothing of it.” The body is taken the state laboratory (LNS) in Dudelange.

Shortly after, on 19 December, Sean reports to the public prosecutor’s office that he has doubts about the handling of the “case” and requests it be reviewed. On 8 January 2020 Sean and Brian hire a lawyer to follow up.

The body, meanwhile, has remained at the LNS in Dudelange until mid-January. On 16 January, the undertaker receives a phone call from LNS. The body has been released, and the undertaker can come pick it up. That is what happened, confirms a judicial advisor of the undertaker to RTL.

On 17 January, five weeks after her death, Moyra Killeen is cremated in Hamm. “As a family we were not informed about this,” say the brothers, infuriated about the flawed communication.

“We should’ve informed the family. We did not. That was a mistake,” the undertaker underlines. “In this case something went wrong,” the spokesperson continues, but “the mistake does not lie with us.”

“We were called and informed that the body was released and that we could come and pick it up.”

A lesson for the future should be that a body may only be transported from the laboratory once the prosecutor’s office gives green light.

“Since we had a detailed and confidential conversation with the family after the matter and also informed them of all the details, it is not our policy to make any further statements in public or to the press.” This was an official statement coming from the LNS.

“There is surely a problem with the procedure. There is no written confirmation by the state laboratory,” the undertaker’s spokesperson says. “Everything was handled verbally. A lesson for the future should be that a body may only be transported from the laboratory once the prosecutor’s office gives green light. We need to check with the relevant instances how it could have come to such a tragic incident.”

Green light for an autopsy

On the same day that the body is cremated in Hamm – on 17 January – the family’s lawyer writes to the public prosecutor’s office. The lawyer questions the circumstances surrounding her death. Neither the family nor the lawyer at this point know that the body is no longer at the LNS.

On 4 February, the Killeen family’s lawyer receives a response from the public prosecutor’s office, giving green light for an autopsy. However, on that same day, the family is told that the body of Moyra Killeen has been cremated in Hamm before a legal autopsy could be performed.

"Based on the new elements summarised in a catalogue of questions and on the basis of sworn statements made to us by friends of Moyra, sent in by the brothers, sisters and mothers' lawyer in mid-January, we decided to carry out a legal autopsy,” states the public prosecutor's office upon request. 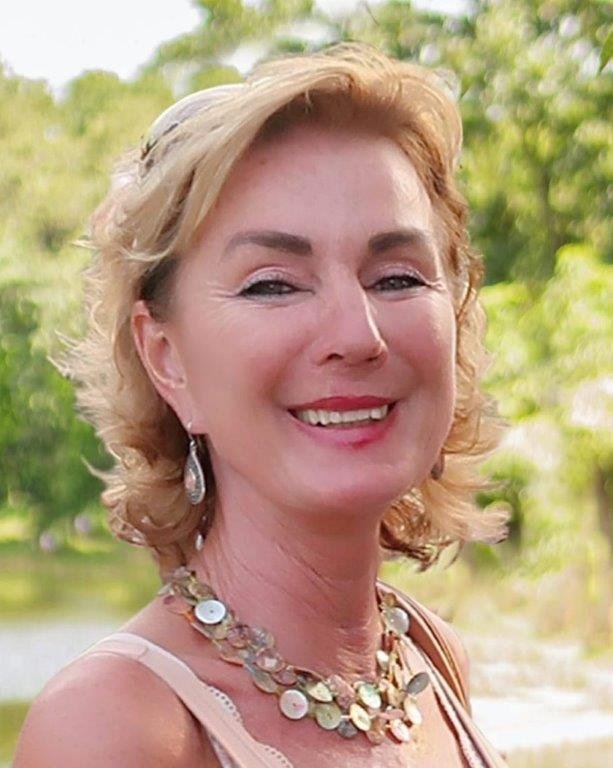 “As far as we know there was never an autopsy, not a medical nor a legal autopsy of the body. Despite insisting that one be performed,” the brothers say.

"We forwarded the case to an investigating judge. But when it turned out that the body had been burnt, the case was closed,” the public prosecutor’s office comments.

"I was only informed in the spring - shortly before the meeting - by my mother-in-law in Ireland that an autopsy was actually planned. If I had been asked, I would of course have said yes to have an autopsy done,” explains the husband.

For the brothers, the classification as “violent and suspicious death” by the doctor at the scene is one of their biggest concerns, if not the only one.

In December 2019 there were four causes of death listed on the death certificate. “The doctor on site had indicated that the woman had been dead for a while, and indicated on his form (‘Declaration of cause of death (Grand-Ducal Regulation of 20 June 1963)’) that the cause was “violent and suspicious.”

It should be explained that the form in 2019 provided four options:

In this case the doctor was convinced how the woman had died, judging by the cuts and the items found on the bedside table, and thus could not indicate “natural”, “non-visible” nor “unknown”. Thus, there was one box remaining. The justice spokesperson explained that this is how the conclusion was drawn.

This year the family “celebrates” a Christmas without Moyra. They continue to wait for answers. The Irish detective, who the brothers asked for help, has attempted to get to the bottom of the story, knocking on doors of the relevant institutions in Luxembourg and crafting a detailed report.

An analysis of the ashes?

A last glimpse of hope could come from an analysis of the ashes. The Irish detective has suggested this procedure to the family, say Sean and Brian. They are not giving up the fight.

In terms of procedures there have been developments in the last month. The Grand Ducal Regulation from 20 May 2020 is the one that discusses “violent and suspicious death” – It has now been replaced by a new box titled “violent”. The word “suspicious” has been removed from the death certificate.

"I was surprised when I read two articles about my wife's death in the Irish press. However, I would like to point out that in the last ten years my wife has made four attempts to commit suicide,” according to the husband.

The urn containing the ashes of Moyra Killeen was transferred to Dublin in June 2020, but questions remain open and unanswered.

*The undertaker wishes not to be named