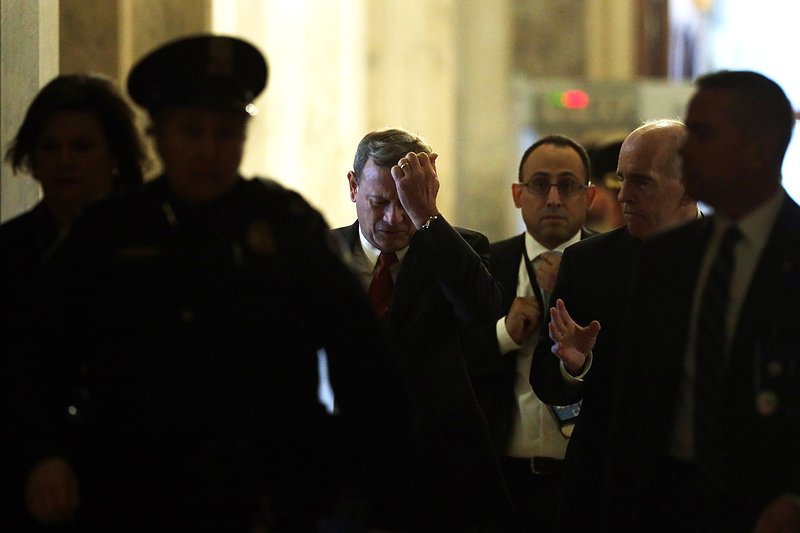 Chief Justice John Roberts cracked up the normally somber US Supreme Court on Wednesday by dropping an "OK Boomer" reference while hearing a case involving age discrimination in the workplace.

During oral arguments, the 64-year-old Roberts asked a lawyer whether using the viral catchphrase "OK Boomer" during a job interview would be "actionable."

"So calling somebody a 'boomer' and considering them for a position would be actionable?" he asked as the courtroom erupted in laughter.

Roberts is a member of the "baby boom" generation, which refers to persons born between 1946 and 1964.

Justice Stephen Breyer also made an age joke during the court session while talking about someone being considered for promotion.

"I certainly don't want people who are over the age of 82," Breyer said.