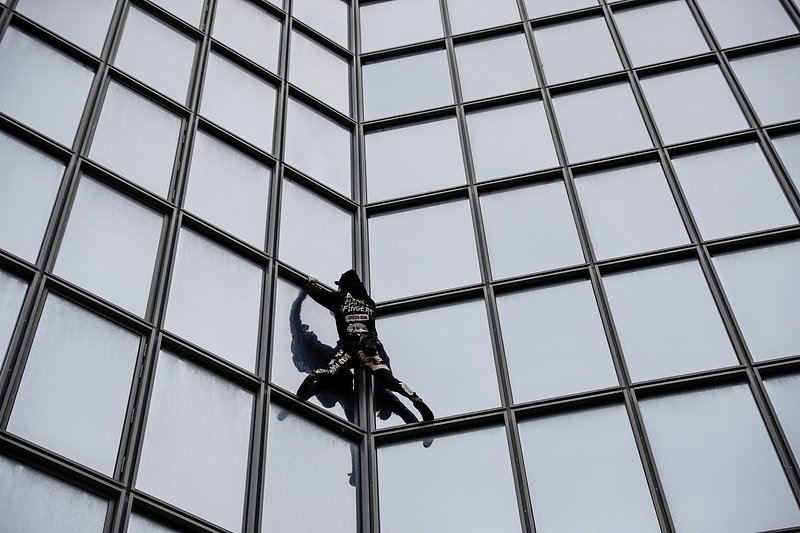 French skyscraper climber Alain Robert, popularly known as the "French Spiderman", climbs the Total tower in the west of Paris's business district of La Defense on January 13, 2020 as a symbolic action to support on strike workers on the 40th day of a nationwide movement against a French government pension reform.