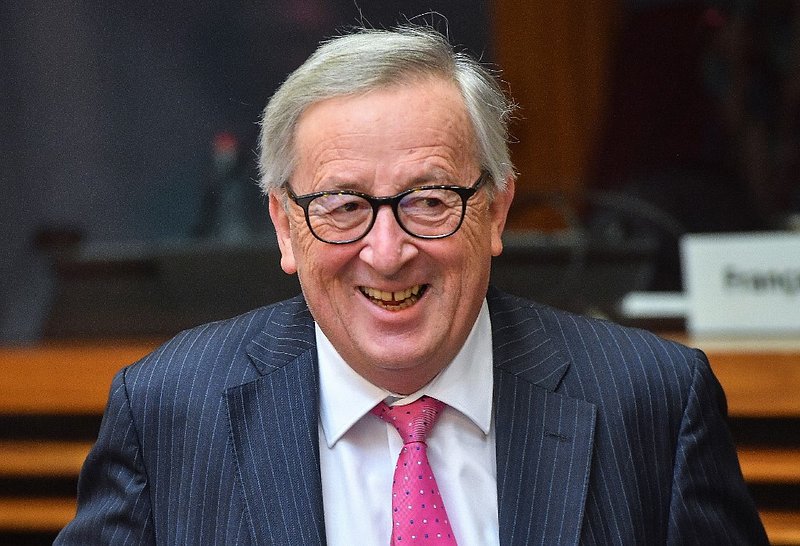 Born on 9 December 1954 in Redange, Luxembourg to Joseph Juncker and Marguerite Juncker, his father was a steel worker and a Christian trade unionist, forced to fight for the German Wehrmacht army during the World War II.

The following year, the future PM enrolled at the University of Strasbourg, France. In 1979 he earned a law degree and was named parliamentary secretary for the CSV. Juncker received his first government post in 1982, when named secretary of state for employment and social security under CSV Prime Minister Pierre Werner.
Juncker was elected to the legislature in 1984, appointed to the cabinet of Prime Minister Jacques Santer as labour minister.

In 1989, the same year that saw him involved in a serious road accident which left him in a critical condition, and subsequently led to coma from which he didn’t emerge until two weeks later, he was named Minister of Finance, taking a seat on the board of governors of the World Bank.

He was elected chairman of the CSV in January 1990, throughout 1991–92 becoming one of the chief architects and proponents of the Maastricht Treaty, the founding document for the European Union.

When Santer became president of the European Commission in January 1995, Juncker succeeded him as Luxembourg's prime minister. This top job Juncker would go on to occupy for nearly nineteen years from 1995 to 2013, making him one of the longest serving democratically elected leaders in the world.

Juncker’s term in office was characterised by robust economic performance— the Luxembourg GDP was among the world’s highest—and he remained a 'prominent fixture in the upper echelons of European politics'. His government collapsed in 2013 when it was revealed that Luxembourg’s intelligence service had engaged in widespread abuses, including bribery and the unauthorised surveillance of political figures.

In December 1996, Juncker was dubbed the 'Hero of Dublin' for his successful handling of a tricky mediation the German Federal Chancellor, Helmet Kohl, and the President of the French Republic, Jacques Chirac, concerning EU Economic and Monetary Union policy.

In 1998, he was awarded the ‘Vision of Europe' award for constituting the so-called ‘Luxembourg Process’ of integrating European policy against unemployment, the instigation of the ‘Euro 11’ (an informal group of European Finance Ministers) and for promoting the cause of European social integration.

From 2005 to 2013 Juncker helmed the Eurogroup—a body consisting of the finance ministers from all of the euro-zone countries. In that role he helped shape the response to the debt crisis crippling economies within the euro zone at that time.

In March 2014 Juncker succeeded José Manuel Barroso as president of the European Commission. Juncker was an ardent proponent of greater European integration, and his nomination was thus championed by German Chancellor Angela Merkel.

However, British Prime Minister David Cameron, encouraged by a strong Eurosceptic feeling within both his own Conservative Party and the United Kingdom Independence Party, led a long and concerted effort to oppose Juncker’s candidacy.

Over the objections of Cameron and Hungarian Prime Minister Viktor Orban, Juncker was approved for the EU’s top job on 27 June, when he was officially elected to the position by the European Parliament on 15 July.

On May 22 2015, at the European Union summit at Riga, Latvia, Juncker along with Donald Tusk and Laimdota Straujuma, greeted EU leaders in a way unusual to diplomacy, notably to Orban. He offered his own tie, patted the belly, slapped the cheeks, kissed the bald head and also used the expression ‘the dictator is coming'.

When Juncker took office on 1 November, he was confronted with the myriad challenges facing the EU, including a sluggish economy, a Russian-backed insurgency in Ukraine, and welling Eurosceptic sentiment that called into question the very purpose of the EU. He also faced accusations from Eurosceptic members of Parliament, who claimed that Juncker had orchestrated a tax-avoidance scheme involving hundreds of multinational companies during his tenure as prime minister of Luxembourg; Juncker denied the allegations.

In August 2016, in a speech at the European Forum Alpach in Vienna, he said solidarity must be shown to refugees and their children. The national borders are the worst invention ever made by politicians.

In December 2018, at the European Council meeting in Brussels, Juncker was seen playing with a women’s hair. The UK's Amber Rudd, a former minister for women and equalities, branded his behavior grotesque.

Jean-Claude Junker has been married to Christiane Frising since 1979. The couple doesn’t have any children.

After having recently recovered and recuperated from an operation to treat an aortic aneurysm, Juncker will no doubt be looking for to a little more of the figurative R&R as opposed the literal.

He said goodbye to the EU Presidency in typical style earlier this year.