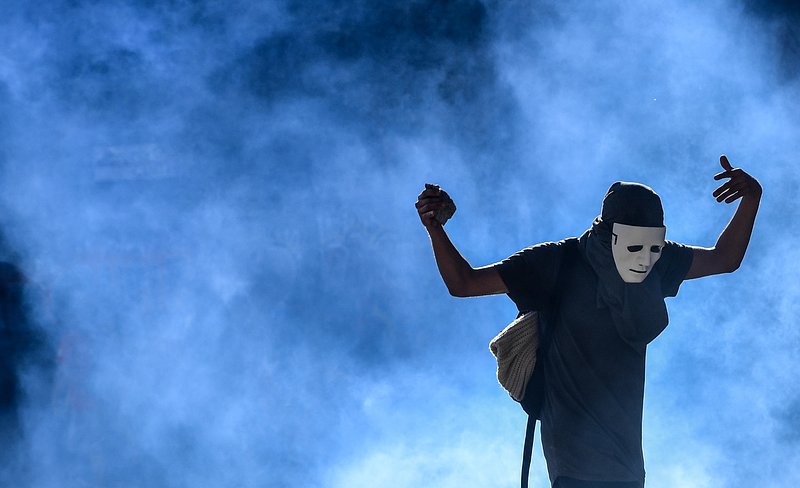 A masked demonstrator holds a stone during clashes with riot police following a protest against the government's economic policies in the surroundings of La Moneda presidential palace in Santiago, on November 06, 2019.

Chile's president said Wednesday his government had "nothing to hide" concerning allegations that police killed, tortured and sexually assaulted civilians during deadly protests against him as protesters called on demonstrators to expand their rallies to rich districts so far untouched by the wave of demonstrations, centering on a major shopping center.