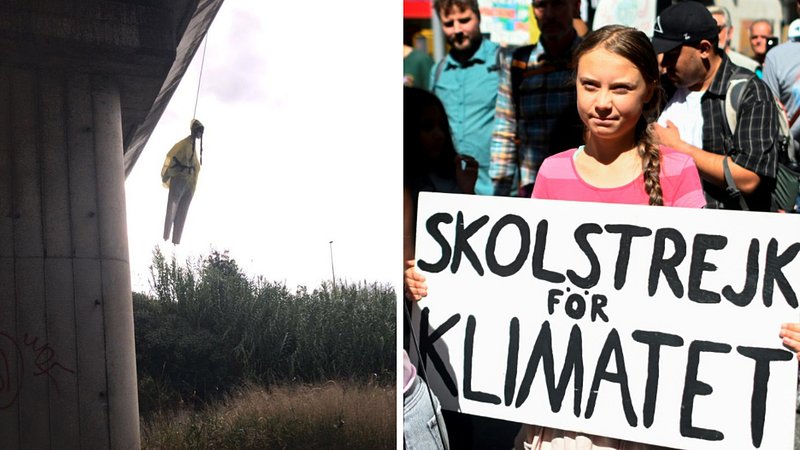 Rome Mayor Virginia Raggi called the act "shameful", offering her solidarity to Thunberg and her family.

La Repubblica reported that a sign reading "Greta is your God" was attached to the puppet, with attached pigtails mirroring the Swedish activist's hairstyle. The effigy was removed by Rome firefighters and police.

The young Greta Thunberg, who has kicked off a global movement at the age of 15 to prevent rapid climate change, has had to withstand fierce cyber-bullying attacks on social media, while simultaneously gaining millions of global followers with her pro activism.

Her emotional speech on the international stage of the United Nations last month was shared by the likes of Leonardo DiCaprio, Chris Hemsworth, Camila Cabello, Joe Jonas, Cara Delevingne and Ellie Goulding.