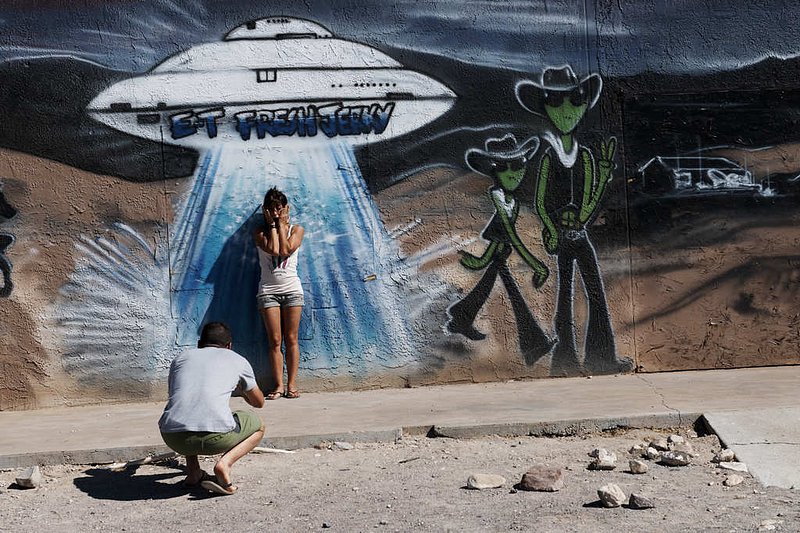 Visitors take photos in front of a mural depicting aliens and a spaceship outside ET Fresh Jerky on September 13, 2019 in Hiko, Nevada. A joke Facebook event named "Storm Area 51, They Can't Stop All of Us," was created in June 2019. As of September 13, more than 2 million people had signed up for the event and a 1.5 million more had marked themselves as "interested." Multiple alien related events are now set to take place over the weekend of September 20, 2019 along state Route 375 also known as the "Extraterrestrial Highway."