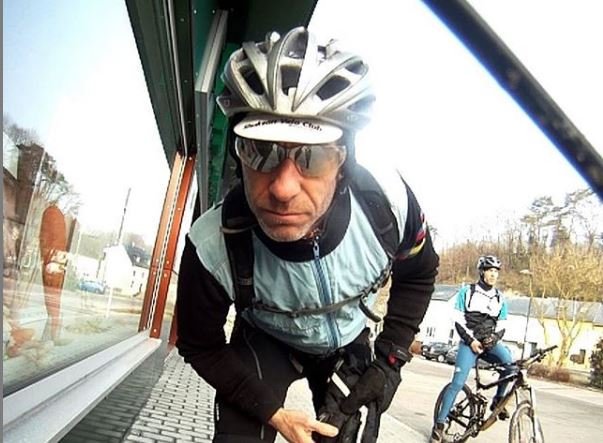 Coincidence, human nature, or the universe at work? Mike McQuaide has had an interesting few days.

I used to have a Luxembourgish teacher who, on days when not many students showed up for class, would invariably ask us: Where’s everybody else? (“Wou sinn all déi aner?”) This always confounded me. Why question us, the students who are there, as to the whereabouts of the students who aren’t there?

I wondered, did my Luxembourgish teacher think her students’ mornings went something like this: 1) wake up 2) perform morning ablutions and the like 3) call, message and e-mail around to ascertain why some of our fellow students won’t be in class that day 4) report findings to Luxembourgish teacher.

I was reminded of this a few weeks ago while watching some street musicians in the city centre. They were a charming duo called The Two--a bassist and ukulele player--who specialized in early rock ‘n’ roll, not your typical street busker fare. I had friends visiting from America, Nancy and John, and we’d joined the small, appreciative crowd gathered around The Two. 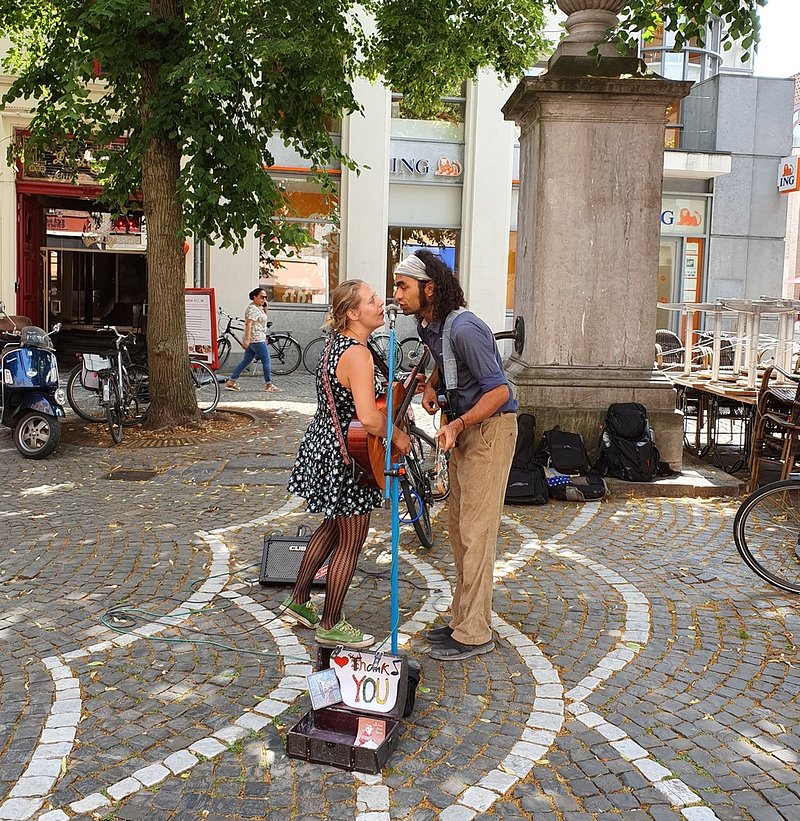 At some point, the crowd was joined also by a hippy-ish looking woman with long gray hair and wearing a flowing, Indian print sundress. She was not young and by that, I mean she was older than my friends and I. Possessed by the music, she whirled round and round, weaving her way through the crowd, whooping and carrying on like a Deadhead.

After a few moments of said behavior, the hippy lady decided to ratchet things up a notch. As The Two finished “Twist and Shout,” she cheered and laughed loudly and, upon approaching the two musicians, foisted upon them sloppy, unsolicited hugs.

She then turned to us, the crowd, with anger in her eyes.

Odd, it struck my friends and I, that she was haranguing us--people who are there--about the people who aren’t.

She then left in a huff, only to return at the end of the Two’s following number, “All Shook Up.” Again, she addressed us with fire in her eyes. This time, though, while waving a 50-euro bill over her head.

“This is for art, because I love art!” she shouted, and dropped the 50-euro bill in the donation hat at the musicians’ feet.

She then turned and bolted; her mic drop moment complete.

Well, that was weird, we looked at each other and said. And quickly dubbed her the Well-Heeled Hippy.

The ‘that was weird’ sentiment was shared by The Two, whom we chatted up a few moments later when their set ended. (For them, of course, it was weird and lucrative.) The ukeleleist was a Russian woman, the bassist a British man, and in the course of our chitchat they told us they’d be spending the next few months busking throughout Europe.

And then we pretty much forgot about The Two. We had a lot on our plates. National Feierdag was nigh and my friends and I, along with my wife, were eager to partake in the festivities. Immediately after that, we were all off for a few days touring Belgium before making a beeline for Paris.

Imagine our surprise then when a couple days later, while on an evening stroll in Ghent, we spot the Two’s bassist, chillaxing on a riverside bench. It was one of those bizarre clashes of context: sorta recognizing someone in a completely different setting from where we first met them.

“… the guy from the street band!/the American people from Luxembourg!” we, and he said at pretty much the exact same time.

We laughed at this coincidence (the ukulele player was off getting something to eat and had missed our meeting), and then, again, pretty much forgot about it. We were off in the morning on an early train to Bruges.

Imagine our déjà vu-esque discombobulation when the very next day, while pounding Bruges’ cobbled pavement looking for frites, we again spotted The Two! This time in performance mode, as when we saw them in Luxembourg. They smiled in recognition mid-song and at their break, we all laughed and shook our heads in wonder at these repeated, random reunions. 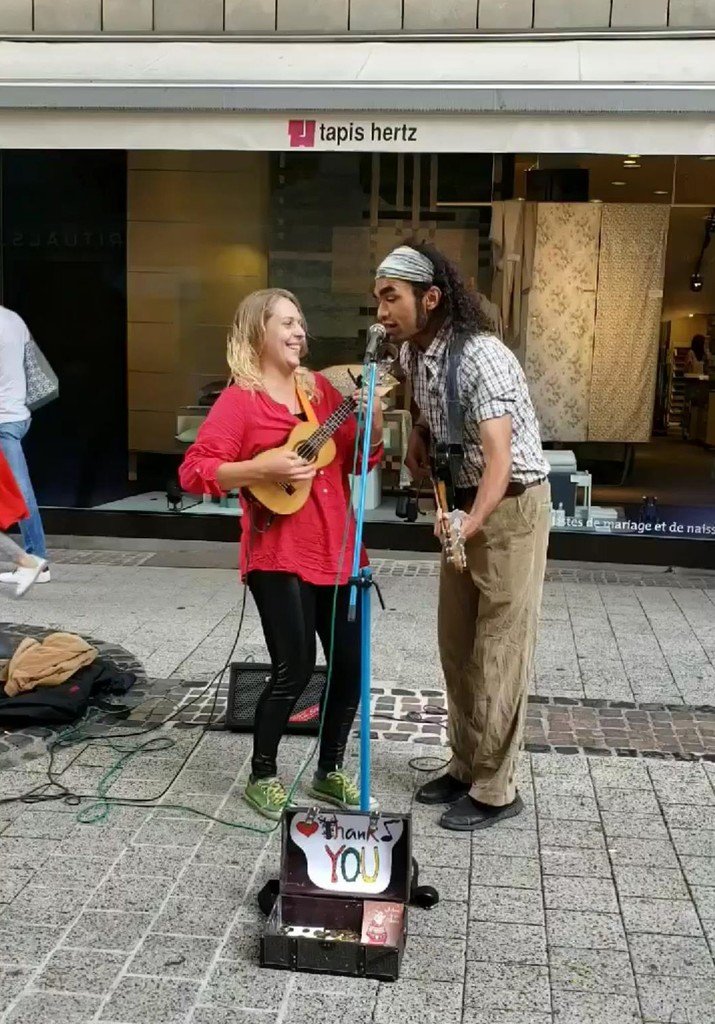 When The Two told us they’d be spending the next few weeks in Paris, we couldn’t believe it; we were heading there for a few days ourselves! Saying our goodbyes, we were confident that we’d randomly meet up again somewhere in the City of Light.

But of course, Paris is a city of more than 2 million people and our chances of running into The Two were just about nil. Still, that didn’t keep us from looking for them at every park and public square we came to. (We never did see them again.)

“Where are The Two?” we’d ask each other repeatedly.

“Where are they?” As if one of us could possibly know.

I guess that’s just human nature. To ask your fellow human questions to which there’s no way they could know the answers. Like my Luxembourgish teacher asking us students in attendance where all the absent students are. Or the Well-Heeled Hippy asking us music fans where all the music fans are.

Speaking of the Well-Heeled Hippy, I’ve got some questions myself. Like, how did she come to be so well-heeled that she can shell out 50 euros for a couple of street buskers? And y’know, I play guitar and can sorta sing--what are the chances of her dropping some of that dosh my way?

That’s one question I think I probably know the answer to.