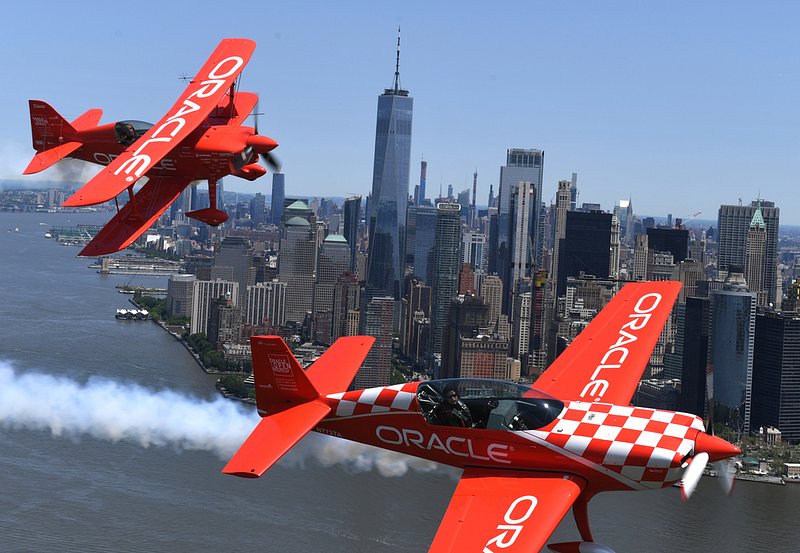 Aerobatic pilots Sean D. Tucker and Jessy Panzer (foreground) of Team Oracle fly down the Hudson River past the World Trade Center on May 22, 2019 during a media day in advance of the Bethpage Air Show at Jones Beach over Memorial Day weekend.

Tucker will be performing at air shows this summer and fall alongside Jessy Panzer, the only civilian female formation airshow pilot in the United States.