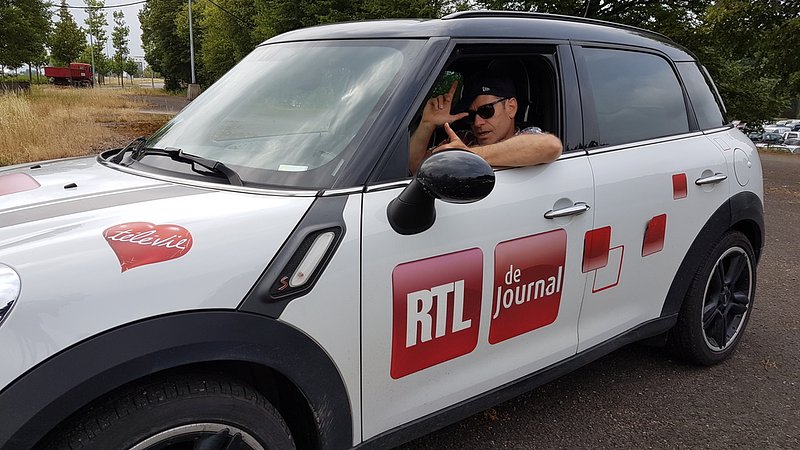 In this column Mike revisits his shame and embarrassment in failing to get a Luxembourgish driver's license.

When it comes to social media, I’m definitely guilty of dispersing more than my share of “Yay, me!” posts.

As in: “Yay, me--I passed the Luxembourgish language test!”

“Yay, me--I got my Luxembourg passport!”

Actually, I never posted that last one. But it’s true. Last year, I tried to get my Luxembourg driver’s license, but I failed the driving test. Talk about embarrassing. I mean, absolutely humiliating.

I’ve been driving since I was 17; I’ve never had an accident nor lost my license, and I haven’t had a speeding ticket (or any moving violation) since Ronald Reagan was president. Somehow though, I failed.

Thing is, I didn’t really want my license anyway. And I’m not just saying that.  You see, ever since we moved to Luxembourg six years ago, I’ve had a wonderful experience here and I think one of the reasons why is because I stopped driving as soon as we arrived. It wasn’t a planned decision. I just found that it wasn’t necessary anymore. We’ve lived the whole of our six years in the city and from day one, I got in the habit of walking, riding my bike, or taking the bus and train everywhere.

These days, I bask in not driving. I luxuriate in it. And over time, I’ve come to fear that if I ever did get my license, I’d go back to driving for every little trip and errand just like I used to in the U.S., and my Luxembourg experience would become mundane and ordinary.

But one thing and another, and after living here for five years, we decided it might be a good idea for me to get my license too. My wife, Jen, had gotten hers a few years earlier when the company where she worked moved out of the city. Jen is smart and forward-thinking, and she applied for her Luxembourg license within a year of our moving here and so it was a painless process. Fill out a few forms, drop them off, and a week later she has her Luxembourg license.

For me though, it was different. Because I’d waited five years, I’d not only have to take the driving test, but first I’d have to complete four hours of driving lessons. That is, drive around Luxembourg for four hours in one of those little “Bozo Driving Academy!” cars with an instructor who was so young, she was still a decade away from being born when, as a man in my mid-20s, I drove across America from New Jersey to California. Oh, and the driving lessons cost roughly a hundred euros an hour.

On to the driving test.

Unlike my first driving exam when I was 17--which took place on a closed course in my own car--my Luxembourg test was on public streets in one of the Bozo Academy cars. Exactly like that first time though, I was nervous as hell. A swirling whirlpool of dread, anxiety and pre-test jitters.

But if I didn’t even want my license, why was I so nervous, you might ask. Because the potential for humiliation and embarrassment were enormous. I mean, if you’ve been driving for more than 30 years like I have, what kind of a lunkhead goober do you have to be to fail a simple driving exam? That’d be like failing a urine test--as long as you can go pee-pee in a cup, you pass, right? 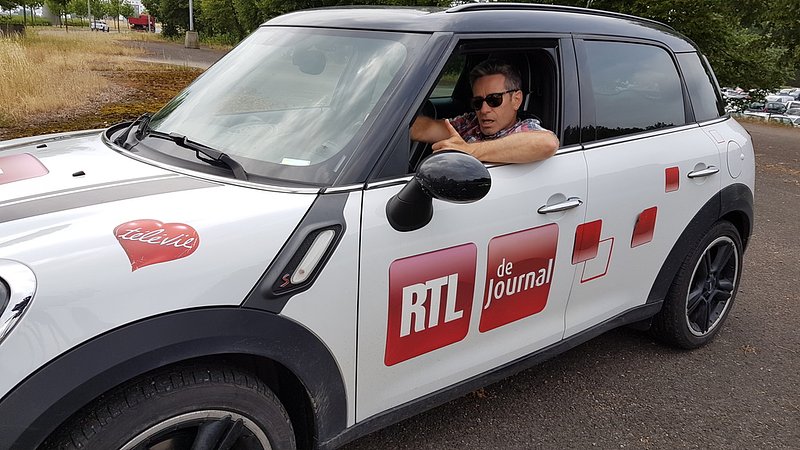 During the test, the examiner, a large man, positioned himself in the middle of the backseat. He spoke my instructions (turn right, turn left, etc.) in German to my driving instructor, who was also along for the ride and who translated for me. The tiny clown car felt cramped, and crammed with unfamiliarity. And maybe it’s all the movies I saw growing up in which Germans were the bad guys, but there’s something about a person behind me ordering me about in German that sets me on edge.

Details of how I failed the test are not important, other than to say that I failed it within 45 seconds of pulling out of the Centre d’examen pratique de conduire in Findel. (I California-stopped through a weird traffic signal that vacillated between flashing-yellow and red.) Thing is, I wasn’t told I’d done anything wrong until after the exam was over. So, for most of the test, I was good-naturedly chatty, which sometimes calms my nerves in tense situations.

Upon returning to the Centre d’examen at the end of the test, I parked the car and breathed a huge sigh of relief. I figured I’d passed, and chuckled to myself about having gotten so worked up beforehand.

But then I heard a rear door slam and in the rearview mirror, saw the examiner heading inside to his office.

My instructor turned to me.

I was shocked. Stunned. Bewildered.

But that quickly dissipated and resolved itself into an amorphous mass of shame, disappointment and self-loathing that permeated my being’s every cell, molecule and atom.

A few weeks later, I received a letter in French from the powers that be saying they had the distinguished honor of inviting me to give the driving exam another try. The honor too of requiring me to spend eight more hours tooling about with a youngster in a Bozo Driving Academy car, and spend 800 more euros to do so.

After reading the letter, here’s something I didn’t post, but could have:

“Yay, me--I’m not getting my Luxembourg driver’s license!”