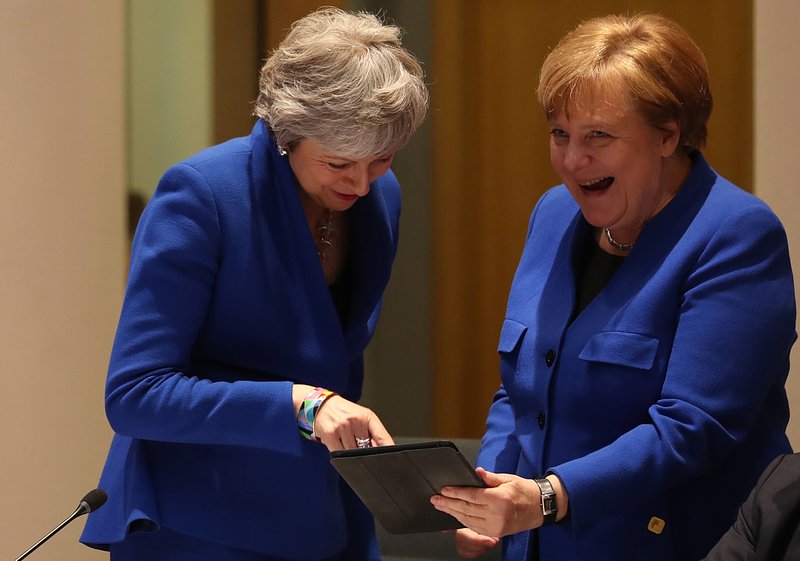 Britain's Prime minister Theresa May (L) and Germany's Chancellor Angela Merkel (R) look at a tablet ahead of a European Council meeting on Brexit at The Europa Building at The European Parliament in Brussels on April 10, 2019.

May: "See, I ordered mine from Azos, got it reduced."
Merkel: "Mine, was 50% off from TopShop - apparently they are panic selling."