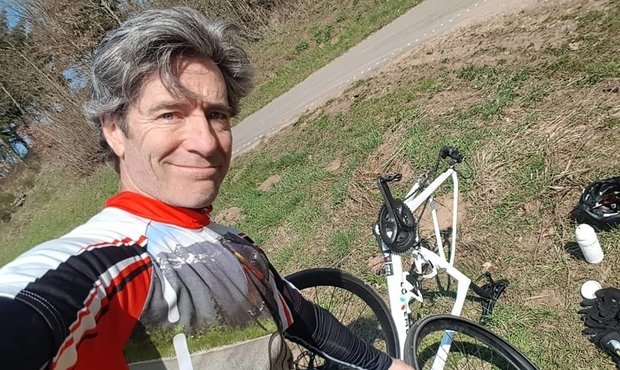 (Luxembourg’s towns and cities have both an ‘official’ name and a Luxembourgish one. This story takes advantage of both.)

If a friend says to you, ‘Meet me in Erpeldange,’ how would you know where to go? For there are three—that’s right, three--towns in Luxembourg named Erpeldange. Given that Luxembourg is just under a thousand square miles in size, that works out to roughly one Erpeldange for every 333 square miles. Which means that if Luxembourg were the size of the United States, it would have 10,606 Erpeldanges. Dang--that’s a whole lotta Erpeldanges! 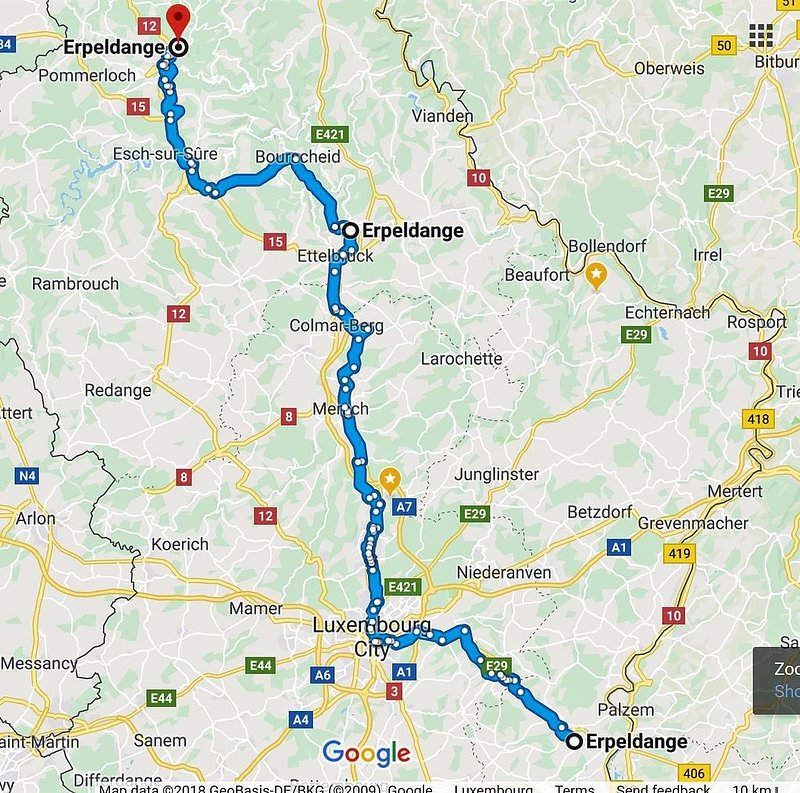 You can’t just call the cab company and say: “I’m in Rolleng, I need a ride to Erpeldange; you’d need to be more specific, because not only are there three Erpeldanges but guess what--there are three Rollengs in Luxembourg too! Thus, a cab ride from Rolleng to Erpeldange could describe any of nine different routes. From a 75-kilometer wallet-draining schlep between the Rolleng down near Remich to the Erpeldange up near Wiltz; to a fairly reasonable fare down near the Mosel, where the Rolleng and Erpeldange there are only a kilometer apart.

Turns out, this is not just a Rolleng-Erpeldange conundrum. Apparently, Luxembourg’s forefathers and foremothers, or whomever it was tasked with coming up with Luxembourg town names, were ahead of their time when it came to recycling and reusing. Because they reused and recycled a helluva lot of town names. Along with three Erpeldange’s and three Rolleng’s--three Roodt’s too--Luxembourg has two Fischbach’s, two Bockholtz’s, two Boukel’s, two Biereng’s and two Berg’s (There’s also a Bierengerberg.) Two Hostert’s, too, as well as two Duelem’s and two Brouch’s. And of course, two Esch’s, two Weiler’s and an Eschweiler!

I just like the look and sound of Toodler. Toodler puts me in mind of a yodeling toddler, who, perhaps in days of yore, roamed the fields and forests up north yodeling tunes about toads.

There are a lot of Luxembourg towns and villages I like the look and sound of. And not just the obvious ones like Arsdorf, Pissange and Dickweiler.

Nidderfeelin sounds like something that frisky teens get up to. Maybe it starts innocently enough with a little Uewerfeelin, but then leads to Nidderfeelin, and perhaps even Diddeleng. In which case, extreme care must be taken, lest it lead to an eventual Toodler.

Bigelbach sounds like a game you play at children’s birthday parties. (Perhaps a birthday party for a Toodler?)

Folkendeng sounds like a nice, clean alternative to using the F-word in frustration or anger. “Oh, Folkendeng!” you might exclaim when you see the flash of a speed trap camera you weren’t aware of.

Hëpperdang sounds like the opposite--something you exclaim in moments of joy. “Holy Hëpperdang, honey--they finished part of the construction on our street; now we can park within a half-mile of our apartment!” 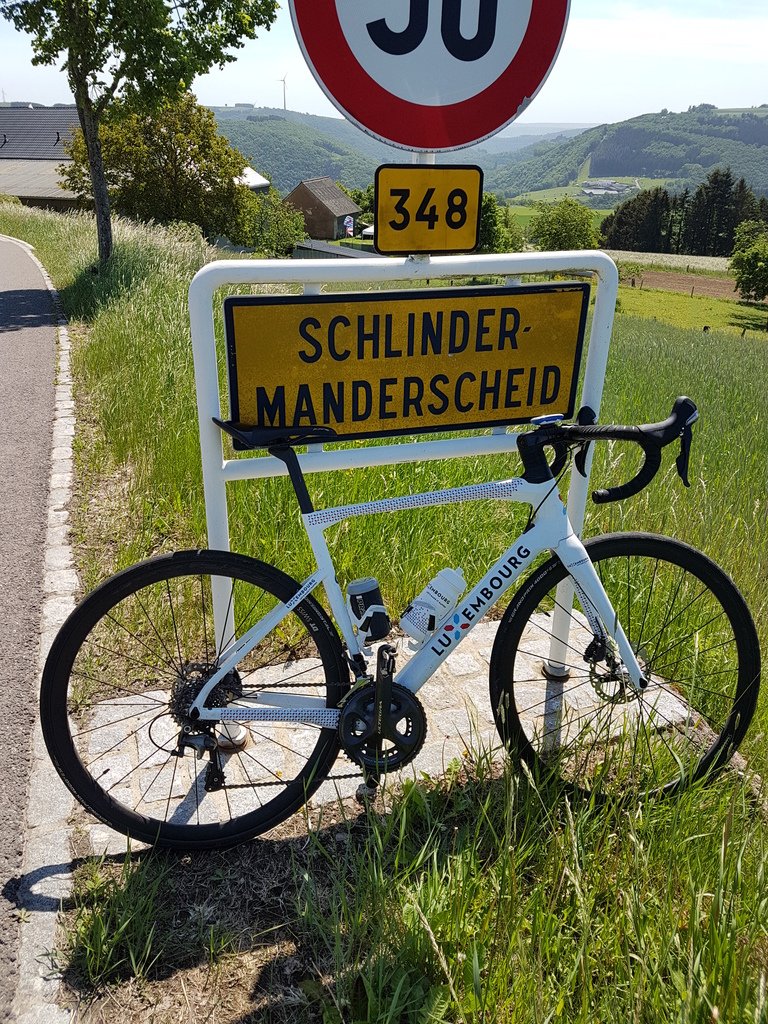 But my favorite town name is that of a lovely hillside village in the north, Schlindermanderscheid. Its 21 letters spread across five syllables, make it the longest, most epic town name in Luxembourg.

I’m a bit of a map nerd, forever drawn to quirks of cartography, and I can often be found pedaling my bike throughout the Grand Duchy in search of one quirk or another. When I first came across the Schlindermanderscheid town sign--a name so long it must be broken in two with Schlinder- up top, manderscheid below--I fairly broke down and cried at its sheer awesomeness.

But I guess growing up in Schlindermanderscheid can have its disadvantages. At least according to Daniel Reuter, who grew up there.

That’s right, Luxembourg has a town called Ell too.

Funny to think that growing up in Schlindermanderscheid could make someone want to go straight to Ell.