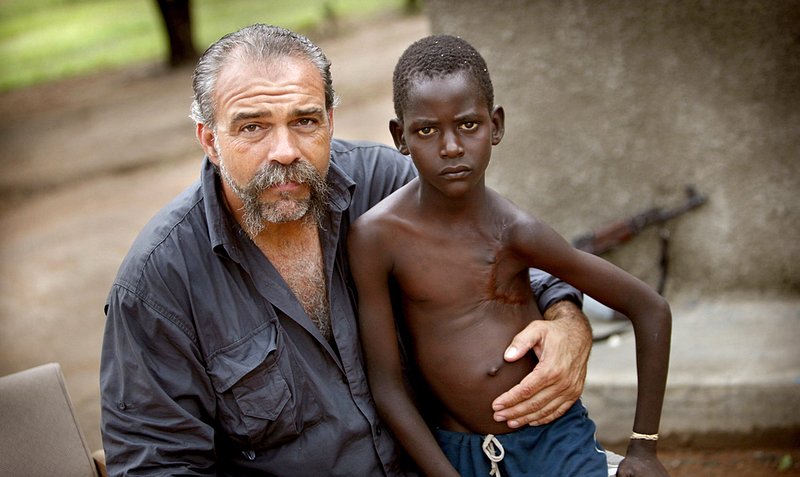 Sam Childers, famous for his humanitarian work in East Africa, visited Luxembourg last weekend. We interviewed the living legend before his speech in Esch.

It is the essence that Hollywood blockbusters are made of. A young man drops out of school, becomes a member of an infamous motorcycle club and gradually allows his life to spiral down into a vicious cycle of drug-dealing, violence and crime.

Following an eye-opening epiphany moment in 1992, Childers converted to Christianity and was filled with a new-born desire to turn his life around for the better, spread God’s word and give back to the community. A first trip to East Africa followed in 1998 and Childers experienced the atrocities of the Lord’s Resistance Army (LRA) first-hand. Permanently moving to Uganda and Sudan shortly later, Childers spent the succeeding decades building orphanages and rescuing children from the clutches of gruesome civil wars. 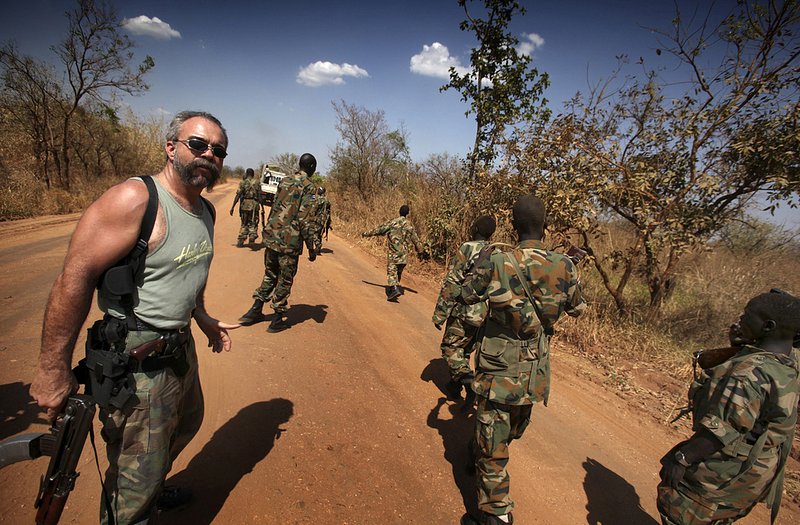 Driven by the selfless desire to protect the war orphans, Childers uncompromisingly waged a war against the LRA and became known as the “machine gun preacher.”

Even though his critics consider him the planet’s most controversial preacher, Childers received the Mother Teresa Award for social justice in 2013. 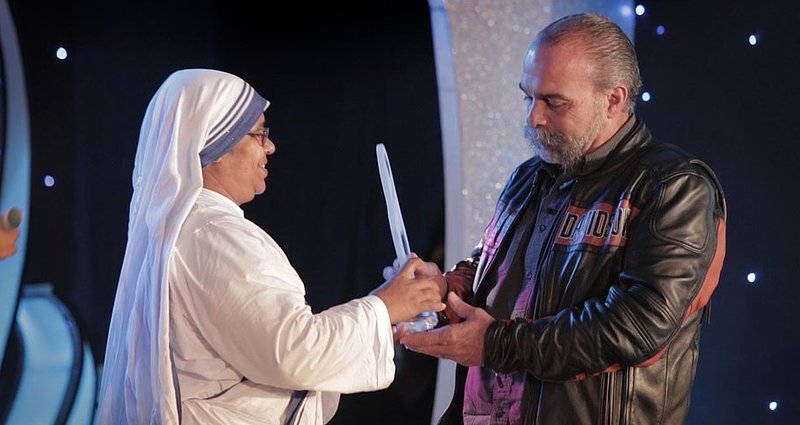 Last weekend, Childers came to Luxembourg and spoke at various locations in Esch. As Olivier Ferber from Luxembourg's humanitarian "Man to Human" organisation explained, it initially seemed improbable that Childers would have the time to stop in the grand duchy. But the miracle happened and Childers confirmed his visit. He congratulated Ferber on his work and expressed his admiration for the Luxembourgish organisation.

"Man to Human" is a non-profit organisation that is active in Luxembourg and abroad. As Ferber tells us, the humanitarian association has multiple missions. On the one hand, they are dedicated to the support of underprivileged children. They have partnered with more than 100 local sports teams as well as federations and distributed sports equipment to children who could not afford it otherwise. In 2017, 800 children received free sport clothes in Luxembourg. On the other hand, they also play an active role in preventing bullying or drug abuse and fight for gender equality. Last but not least, they rescue adolescents from the streets, offering them a new perspective.

Man to Human
Building a better future / © MtH
Man to Human / © MtH
The photos published on this site are subject to copyright and may not be copied, modified, or sold without the prior permission of the owner of the site in question.

It does not come as a surprise that Childers should applaud Man to Human's commitment when it comes to offering people in need a second chance. 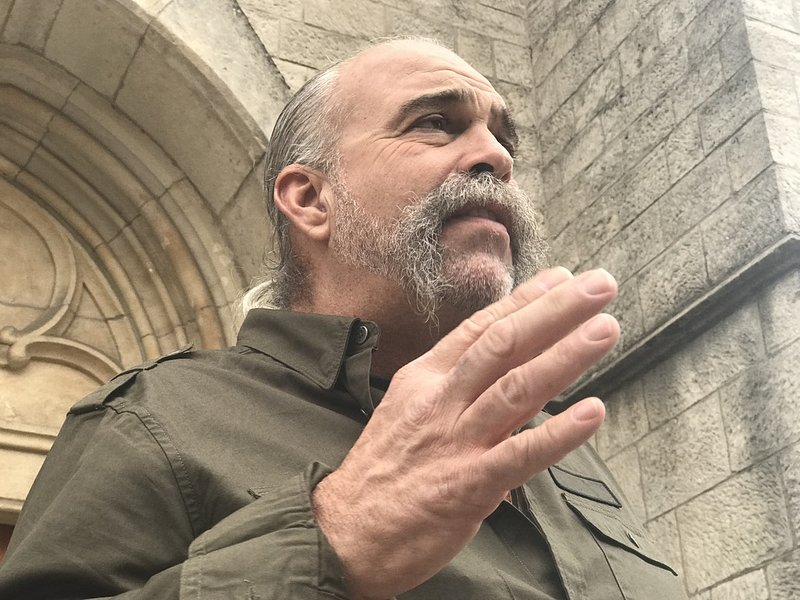 Hi Sam, thanks for agreeing to this interview! Could you briefly introduce yourself?

Hi, I’m Sam Childers, also known as the machine gun preacher. I’m probably the most controversial missionary and humanitarian in East Africa and I have made it my life’s goal to rescue children in war zones and offer them a second chance.

Where is your organisation most active today and what exactly do you do?

We’re mainly working in Ethiopia, Uganda and South Sudan. Over the last decades, we have built several orphanages and seven schools in different regions and countries. The eighth school is currently under construction in Northern Uganda. Most of our institutions are situated in regions that did not have schools before. In the past, when a financially limited family had five children and lived in these parts of the country, they usually selected one or two of them and sent them to boarding-school. The other children couldn’t. We want to change that and make education available for everyone. As I always say, if you want to change a country, it begins with education.

You mentioned schools and orphanages. Does that mean you also provide shelter, food and other amenities?

Yes, exactly. Every orphanage that we have is different. Our most famous one is in South Sudan. At the same time, it’s also the most problematic one because South Sudan is still in the middle of another civil war. Unfortunately, we don’t have running water there and power is only supplied via generator for a very limited time every day. In our other orphanages in Ethiopia, life is much easier. The children have TVs and flushing toilets. But everything’s different in South Sudan. But we built a playground, complete with slides and swings. The kids love it. 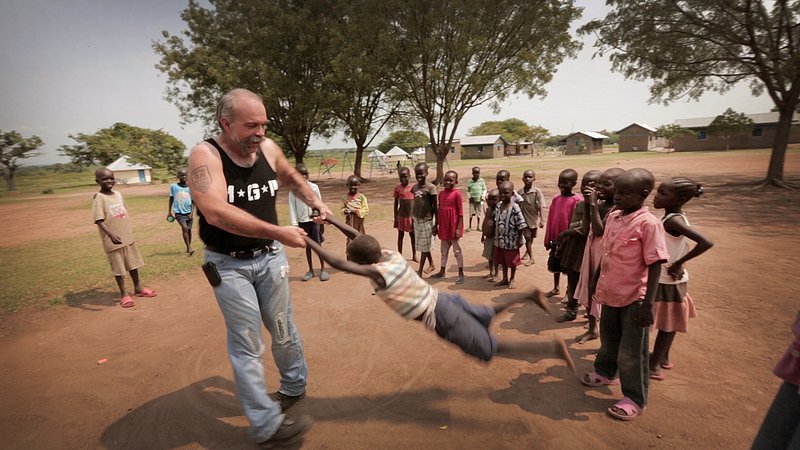 I’m proud of our food programmes in Uganda. I still remember the first time we handed out free meals. It was 10 years ago and we only fed 22 children. I was so worried and prayed to God that he would give me the strength and resources to continue what I started. I was haunted by the fear that I had started something that I couldn’t finish. I think I did well; today we give out over 12.000 meals a day. We also drilled holes in the ground and created 44 wells, giving the people access to clean drinking water.

I heard the children can also learn specific trades. Is that true?

Yes, we are big into teaching skills and trades. The kids need a future and a perspective. What many people don’t know is that most orphanages in East Africa have to send away the children when they turn 15. 70% of them end up in prostitution. To avoid this, we for example built commercial farms, a hotel, a truck stop and a supermarket. In all these places, the children can work and learn the trade or skill they are interested in. They can acquire practical experience and find out what they want to do in their later life. 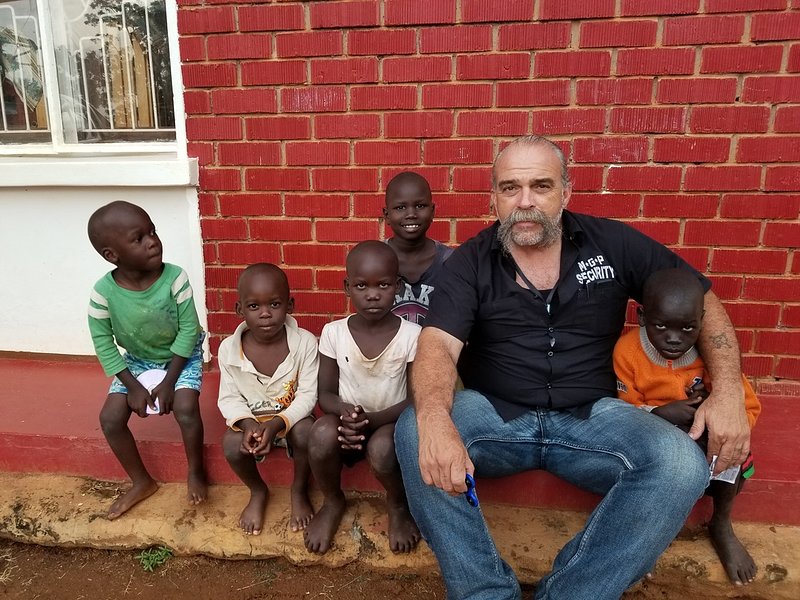 You mentioned the civil war in South Sudan. Is violence still a problem? Are your camps still at risk of being attacked?

Sadly, South Sudan is still caught up in a violent civil war, so the whole political situation is complicated and the country is experiencing many difficulties. If no miracle happens over the next few months, and it’s not just me saying this but also the UN, there will be nearly 7 million people on the verge of starvation. There are many refugee camps but most of them are too full and lack resources. Whole families are migrating to flee the violence. We don’t really hear much about these things in Western media, it has become “old news” and people don’t seem to care too much. Even though the refugee camps are relatively safe from attacks because of the UN and government soldiers, there are still internal problems and basic resources are, as I said, lacking.

How do the orphans come to you?

A lot has changed over the last years. Now, the government usually brings the children to us. When the children arrive in our camp, we try to get them settled in their new home. Also keep in mind, not all of them are orphans. Many of them are displaced children, displaced from war. We always try to find out if their parents or other relatives are still alive. Sometimes it takes months to locate the parents, sometimes years. Sometimes we never find them. But reconnecting the children with their families nevertheless remains our primary goal. In South Sudan, however, many are orphans and don’t have any relatives left that can take care of them. 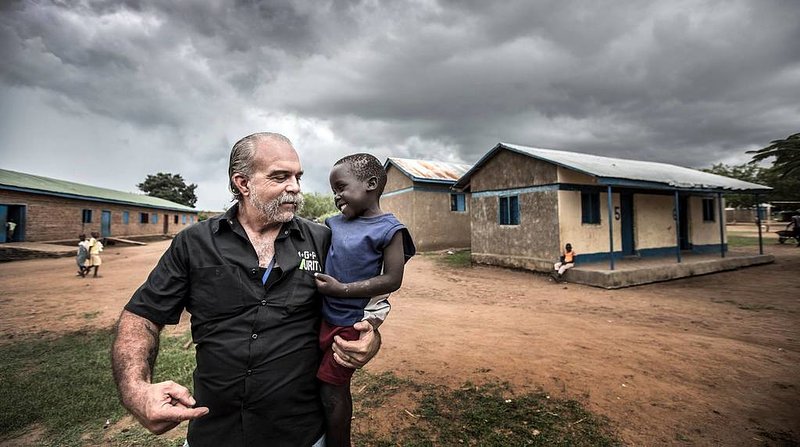 We can only imagine what some of them went through. How do you take care of injured or highly traumatised children?

Our children that were shot or wounded in war need medical attention quite often. Most of them haven’t been shot but they are still victims of war. The younger the child, the easier the process of rehabilitation is. The older a person gets, the harder it becomes. Many people think that it’s hard for children to get over war crimes. It’s actually much more difficult for young adults or adults. I know many cases where a child was abused in war at the age of 7 or 8. Psychological scars will probably always remain with them but many of them are functional young people by the age of 12. On the other hand, if a young adult was raped or abused, he may never fully recover. In Northern Uganda, they are still rehabilitating former child soldiers. It’s a long and difficult process that usually takes around 2 decades. But it’s a struggle worth fighting. They are the future.

You famously converted to Christianity in 1992 and you are known as the machine gun preacher. Does religion also play a big role in your orphanages and schools?

Well, there is really only one councillor for me and that’s Christ. We have a small church in our South Sudan camp. The children often go there at night and do Bible study in the morning. It helps them to come to terms with their past and their trauma. The Christian denomination does not really play a big role for me, I think that all churches are spirit-filled. So yes, religion plays a big role in our lives. East Africa is mainly Christian and I’m not ashamed of my faith. When I was young, I messed up with drugs and alcohol. God helped me to find my way and change my life. Just like the Bible instructs us, I also take special care of widows and children. For this reason, it meant the world to me when I became the first American to win the Mother Teresa award for social justice in 2013. She also fed people and took care of those in need. I put my life into Africa to do the same thing. 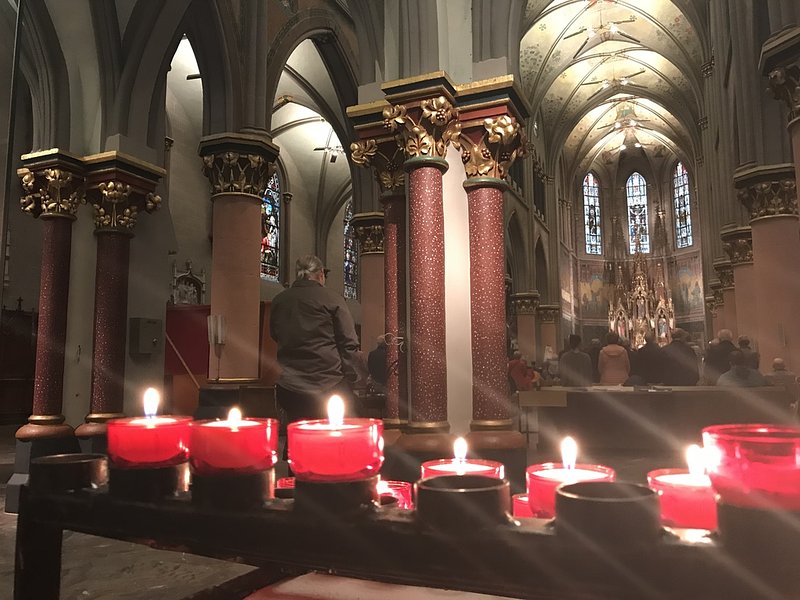 What message would you give to more privileged young people in Western countries?

I would say take advantage of your education. People often don’t know how lucky they are to have schools, especially free ones. They need to take this opportunity, it’s the only way to improve your own life and the life of others.

Is there a way we can help?

As I always say, mission work begins at home. In your home community. Don’t just sit on your butt but get active, you will be rewarded. That’s also the reason why I go to schools, churches and other venues. I want to inspire people to get active. 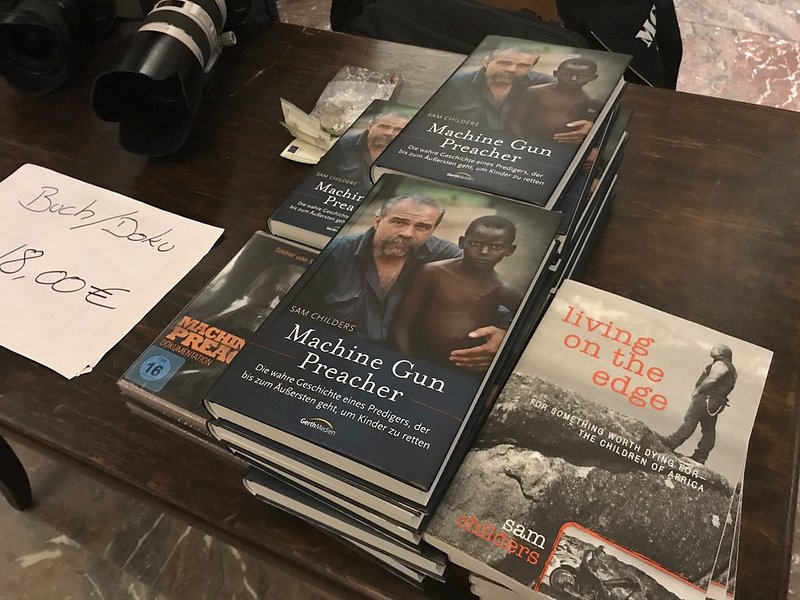 Special thanks to Olivier Ferber from Man to Human for inviting him to Luxembourg and making this interview possible. If you want to support their humanitarian work, you can become a member, visit their webpage or give a small donation: