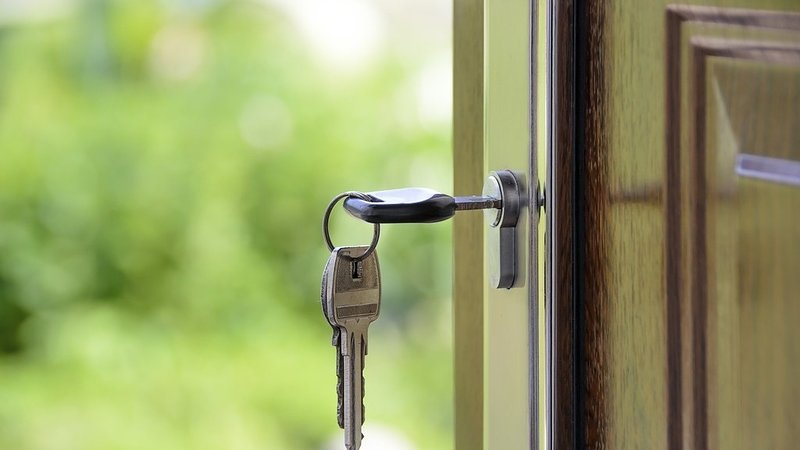 We all know the housing market in Luxembourg is intense, to put it one way. atHome.lu recently estimated that the prices of both purchased and rented properties have risen in the previous year.

In this first part of a series, we'll have a look at what €500,000 could get you property-wise around the capital, to the south, and just branching into the east of the country. This is by no means an exhaustive list and is only based on online adverts taken from atHome (for simplicity's sake). The adverts may not reveal anything about the actual condition of the homes in question, but provide a neat overview of what you could get. For the purpose of variety, we had a look at properties between €400,000 and €500,000.

So, let's start with the areas surrounding Luxembourg City. 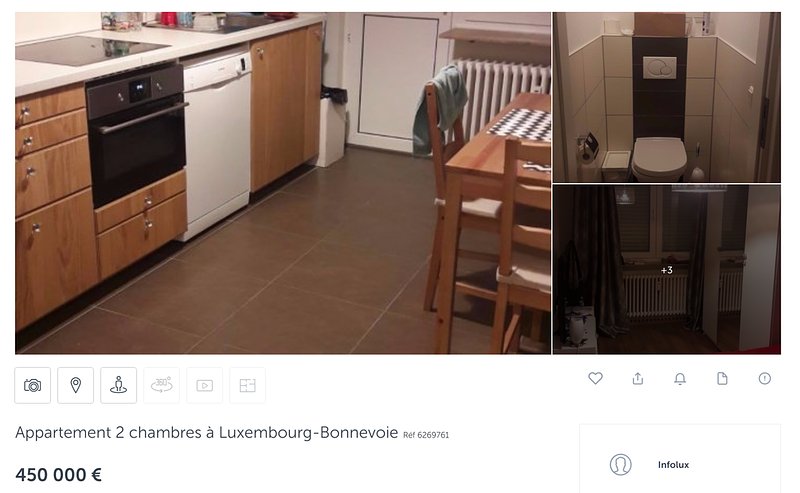 Starting in Bonnevoie is this two-bedroom flat in a slightly older style and with a surface of 59 square metres. 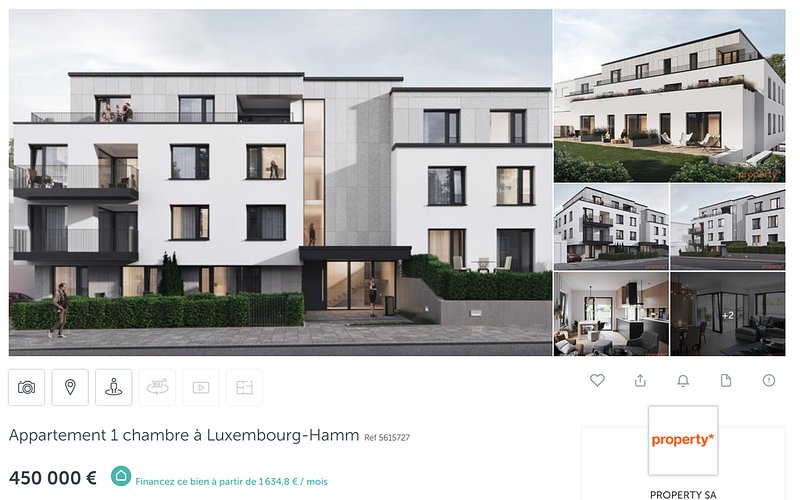 For the same price, you could get a new-build apartment in Hamm...but with only one bedroom. This Hamm apartment is also slightly smaller than the Bonnevoie one at 52 square metres. 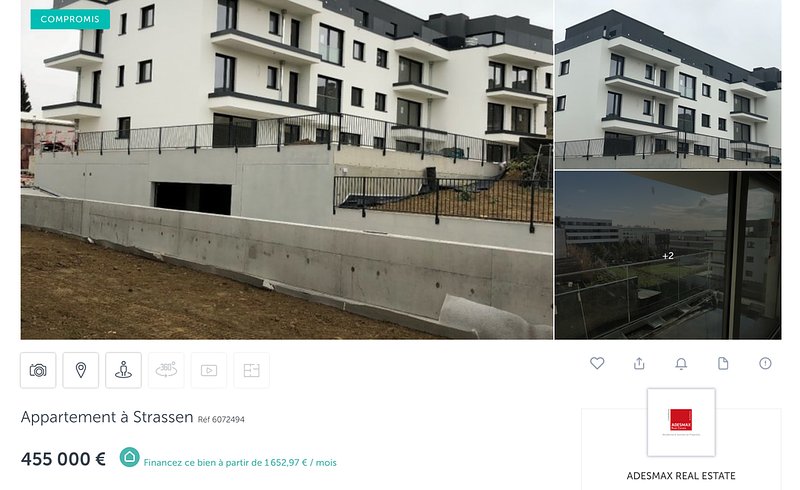 Next up in Strassen and slightly more expensive is a studio in a new-build, comprising 37 square metres. 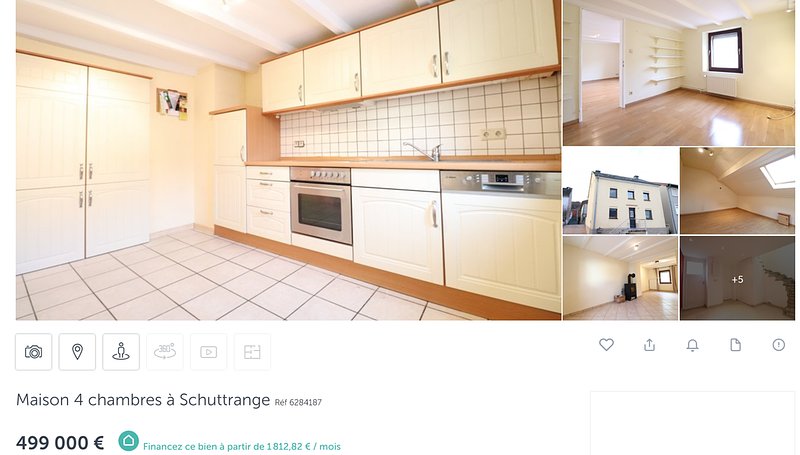 This Schuttrange property is nearly 50k more, but is a) a house and b) has four rooms. Granted, the property seems a bit old-fashioned with all the magnolia-coloured walls. 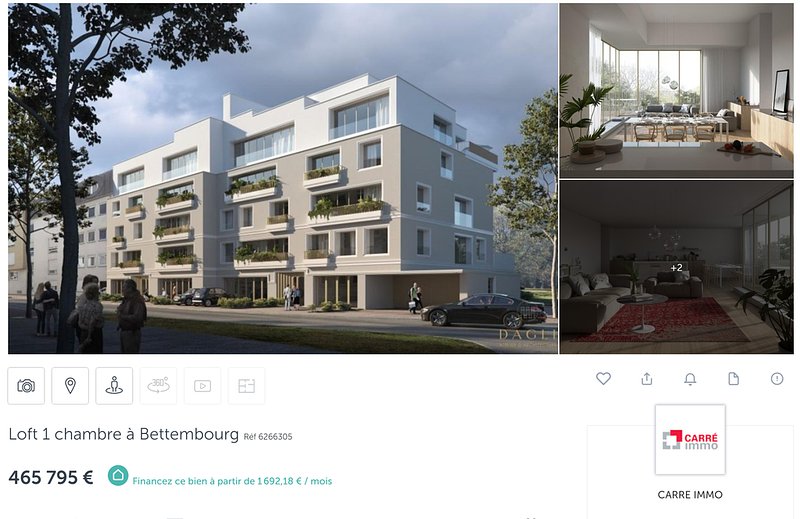 Our first property is a loft apartment in a new building and comes in at €465,795! This one bedroom property comprises 55 square metres. 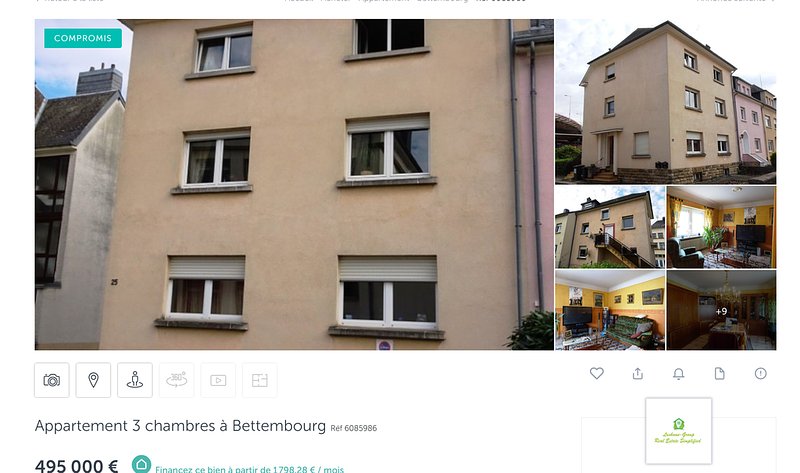 Coming in at €495,000 is a three-bedroom apartment in Bettembourg, which is both pricier than the new-build, but also double the size at 120 square metres.

Granted, there are many apartments (especially new-builds) on offer in Esch-sur-Alzette, but there were also a number of houses on sale for a similar price. 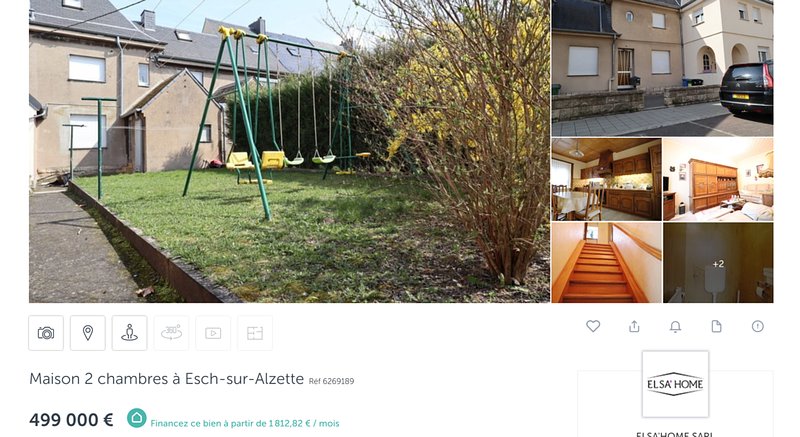 The first house is a two-bedroom one at €499,000 and has a garden included, as the photographs very obviously show. The house comes in at 100 square metres. 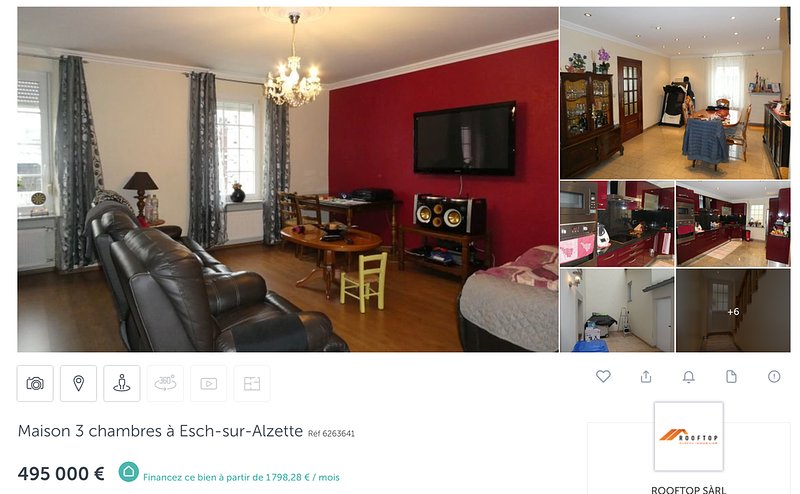 The second property in Esch-sur-Alzette is slightly cheaper at €495,000 and contains three bedrooms. The property is also larger at 137 square metres. 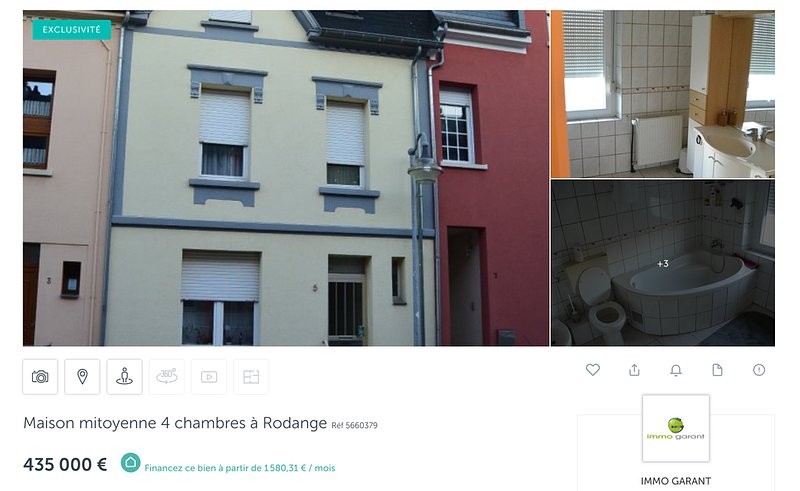 This Rodange four-bedroom house shows a marked difference to more central properties, given its proximity to the border. At €435,000 and at 143 square metres, it is both our largest and cheapest property yet, but that comes with the price of having to commute with the cross-border workers and presumably sit in traffic. 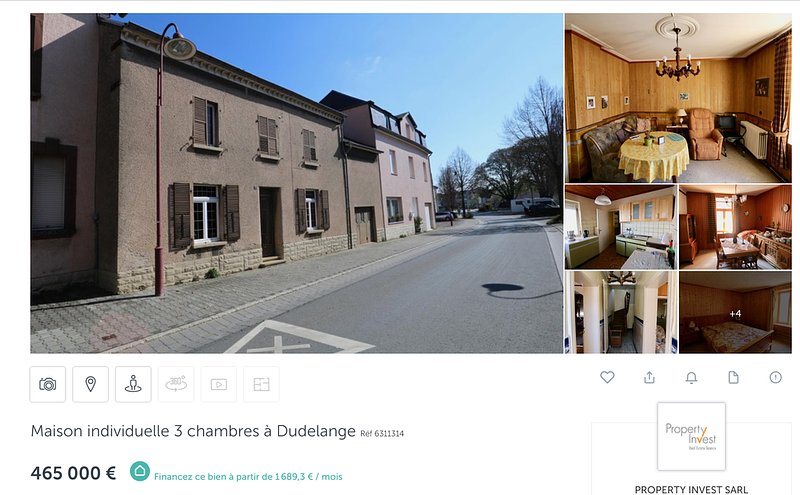 This older building has three bedrooms and a surface area of 130 square metres, but also has a certain amount of charm, wouldn't you say? 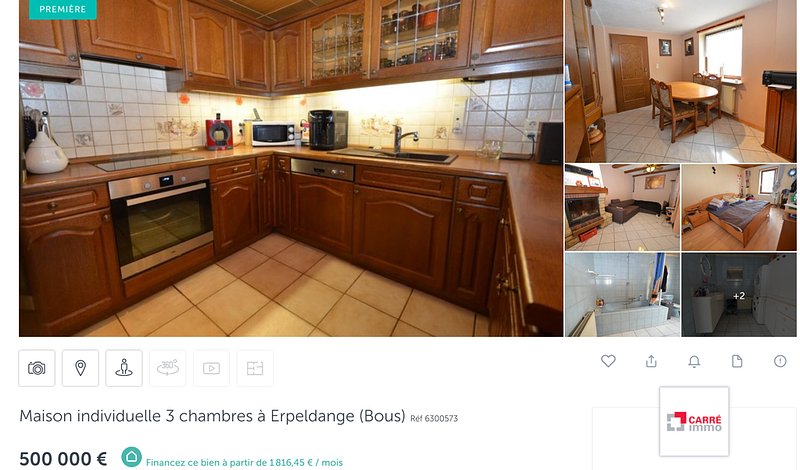 Finally, this three-bedroom house in Erpeldange (Bous) comes in at €500,000, but also has 150 square metres to play with.

We'll continue this series with having a look at other areas of Luxembourg and comparing what you could get in a mix of both older and newer buildings! Again, this is simply illustrative and in all properties pictured, there may be a number of other factors that account for the price.