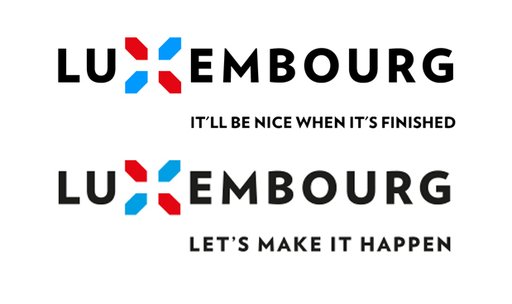 Luxembourg's nation-branding loves nothing more than a Grand Ducal pun with its slogan "Let's (Letz) make it happen." This may sum up Luxembourg quite well, but are there other slogans that may be a touch more accurate?

Luxembourg appears to be in a constant state of roadworks, with the number of construction sites and planned roadworks appearing to be never-ending. Whether it's further tram developments, installing fibre optic, or the continuing works on the turbo-roundabout, cranes, detours, and traffic cones seem to be a hallmark of Luxembourg.

Fed up with the seemingly never-ending road- and construction-work going down in the Grand Duchy of Luxembourg, a Reddit user recently suggested a new slogan to replace "Let's make it happen": It'll be nice when it's finished" (see above!).

Others soon chimed in, and we've created a little gallery below. Question is, could our readers do better? Drop a comment with your suggestion on Facebook or let us know through audience@rtltoday.lu and we may just add you to the gallery.