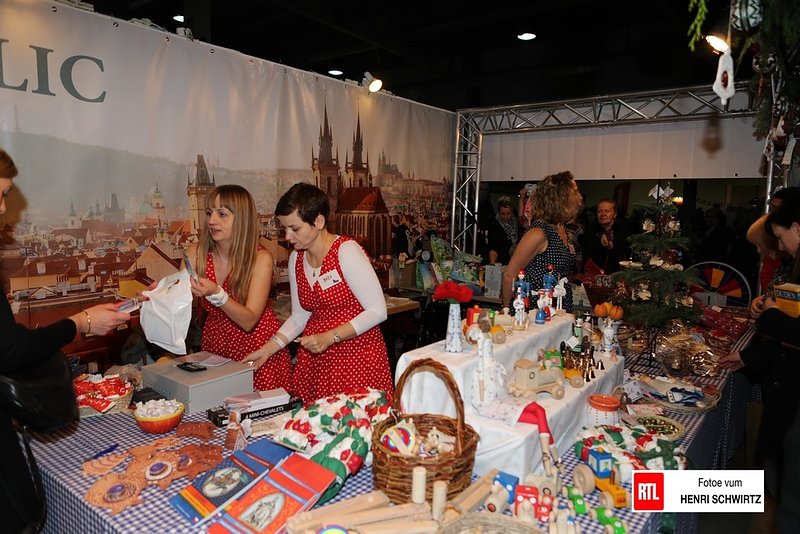 Delicious food, live performances, clothes, books, gifts.. what more could you ask for?

If you didn't move to Luxembourg in the last 12 months, you will most likely be quite familiar with the International Bazar already - as a place to enjoy an insane amount and variation of delicious food if nothing else.

The Bazar is far more than just food, though.

Now in its 58th year, the Bazar International de Luxembourg is reportedly the largest fundraising event in the Grand Duchy.

In a nutshell, the bazar sees over a hundred stands representing 60 countries come together to offer food, drink, trinkets, gifts, books, music and more all in the name of charity. Through the sales and donations made over the course of the weekend, the bazar raises money for dozens of charities around the world.

Over €600,000 was raised last year alone, and you can find a list of the causes and charities supported this year here.

A brief history of the bazar

The first bazar was held in 1960 in Dommeldange, with the aim of raising funds for the church as well as for charity. This was a far smaller affair than what you will experience today, and the first international stands - of which there are now 60 - only appeared in 1963. The countries represented back then were Belgium, Italy, France, Germany, the Netherlands, Sweden, Great Britain, and the United States. These countries will all be making an appearance this year as well (with the exception of Sweden, which is now part of the Scandinavian stand rather than having its own).

You can read a richer and more detailed account of the bazar's history here.

First time visitors: what to expect

The first thing you should expect is, unfortunately, difficulty finding a parking spot. Since the tram now runs all the way up to LuxExpo, where the bazar is held, we would recommend making your way there using public transport if possible.

Once there, you will be greeted by a metaphorical explosion of scents, sounds, and traditional clothing. The bazar brings together dozens of different cultures under one roof and, while the sheer volume and variety of stands may seem almost intimidating at first glance, it's a truly wonderful experience once you become accustomed to the rather un-Luxembourgish action of it all.

It's not for nothing that the fair takes place just before Christmas, as it also offers the opportunity to buy gifts (for yourself or others) from just about every corner of the world.