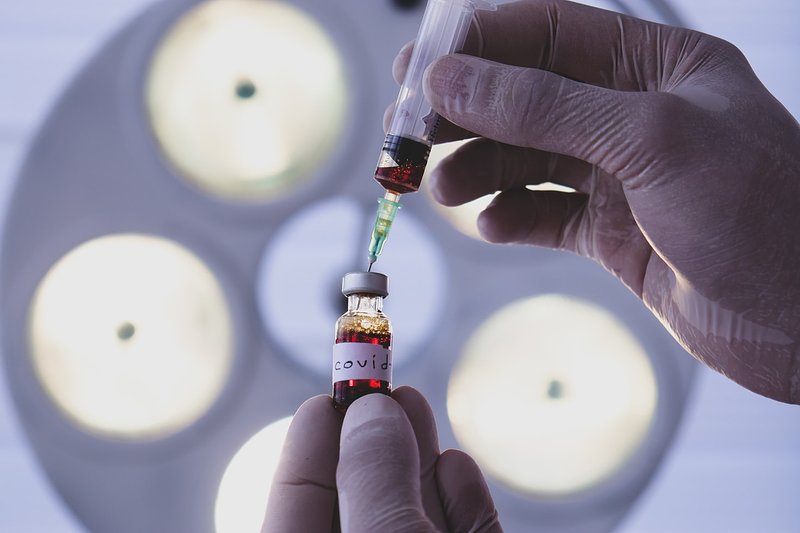 The World Health Organization on Tuesday authorised its 10th Covid-19 vaccine -- Nuvaxovid from US firm Novavax.

As the highly mutated Omicron variant throws yet more uncertainty into the mix, here is a look at the technology behind the jabs.

Novavax's jab is a subunit vaccine, containing a piece of the virus -- in this case, the spike protein.

This method is already used in jabs against whooping cough, meningitis and hepatitis B.

The EU also approved Novavax this week, with the bloc's chief Ursula von der Leyen saying she hoped it would "offer a strong encouragement to everyone who has not yet been vaccinated or boosted".

Two other jabs with EU authorisation -- those from AstraZeneca and Jansen -- use "viral vector" technology, whereby a modified version of the virus spurs the body into producing defences.

Richer countries have moved away from these jabs, relying on Pfizer and Moderna instead. AstraZeneca is now mainly being supplied to poor nations through the Covax scheme.

Rather than using a component or modified virus, mRNA vaccines tell the body to produce proteins that resemble those of the virus.

The body then reacts to these proteins, building a defence that fights Covid-19 if it enters the body.

According to a tally by McGill University, Comirnaty has been authorised in over 100 countries and Spikevax in 80, and the two jabs have the best records for efficacy.

The extremely contagious Omicron variant has changed the game.

Recent lab tests show that antibody levels in blood samples from people vaccinated with Pfizer and Moderna drop when faced with Omicron.

The drop is even greater in those vaccinated with AstraZeneca or Sinovac, a Chinese jab authorised in about 50 countries.

A booster seems to reignite antibody immunity with both Pfizer and Moderna announcing positive results from recent tests.

The catch is that nobody knows how long this boost lasts.

For Novavax, even less is known about its efficacy against variants since it was in clinical trials when the Alpha and Beta variants still dominated.

But this does not mean vaccines are useless against Omicron: the body has a secondary immune defence called T-cell response, which fights the virus by attacking infected cells.

This secondary response is particularly important in preventing severe forms of illness.

A recent study from South Africa showed Pfizer/BioNTech to remain effective at preventing severe Covid from Omicron even after just two shots.

Pfizer and Moderna have both said they are working on Omicron-specific jabs, but it is not clear whether they will be needed.

The EU has followed the US and Israel in authorising jabs for children aged five to 11.

Children in the EU and US are allowed Pfizer/BioNTech at a third of the strength of an adult dose.

But vaccinating children against Covid-19 is still a matter of scientific debate as youngsters rarely get seriously ill and jabs can have side effects -- albeit rare -- that involve the heart.

Instead, the idea is to stop children from spreading the disease.

But scientists are also questioning the practicalities, as protection from Omicron seems to require three jabs.

"At this point kids will be fully protected at the end of March and we will be past all the most dangerous waves," virologist Benjamin Davido told French radio.