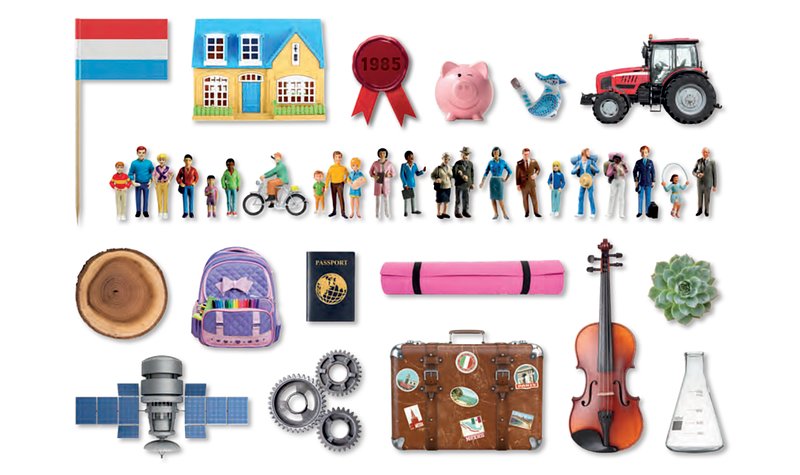 A new infographic report on Luxembourg caused uproar among social media users as foreign residents were represented by stereotypical foods. But were the foods the only problem?

A sardine for our Portuguese compatriots, a baguette for the French, and traditional Bouneschlupp for Luxembourgers... Undoubtedly stereotypical foods represent the country's different nationalities in the "10 Facts Sheet about the Grand Duchy."

The somewhat controversial fact sheet is the latest version of the infographics that have existed and been regularly updated since 2015. Previous editions highlighted various aspects of multi-faceted Luxembourg, and usually revolved around the letters that form the name of the country or around the letter X, which symbolises Luxembourg's shared signature and nation branding.

Graphisterie Générale is the graphics agency that was charged with this year's edition. The agency took a slightly different path and opted for the use of representative images to illustrate a handful of different themes, such as population, history, economy or culture.

The agency hoped to combine stylistic innovation with a very personal and moving touch that relaxes the "coldness of the statistics by creating a smile, an emotion, a memory."

Despite their best intentions, the agency came under fire on social media. In reality, the selection of images is laden with outdated stereotypes. Rather than subtly engaging with the "current collective unconscious," the fact sheet perpetuates outworn cliches and views that belong to another era. 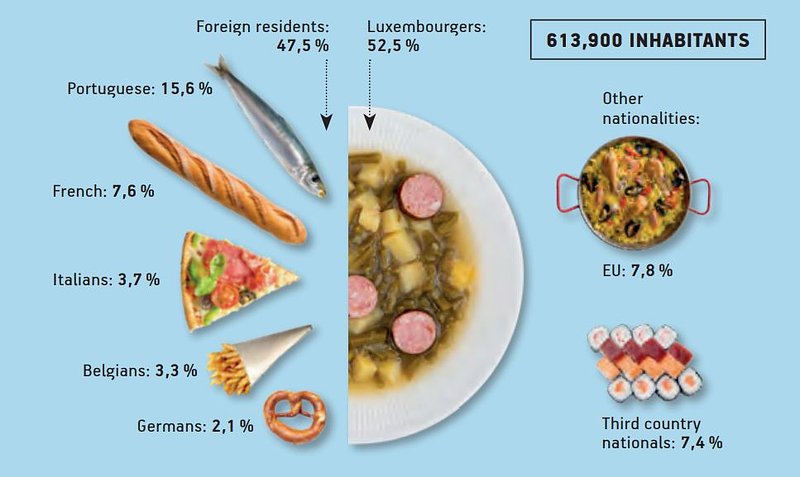 The agency's chief graphic designer stressed that there was never an intention to offend. Intended or not, the result is less offensive than it is overly simplistic not to say downright childish. The approach taken was just as basic as using using lipstick to symbolise women and a wrench to represent men. In-depth iconographic work should escape the narrow confines of standard image banks. 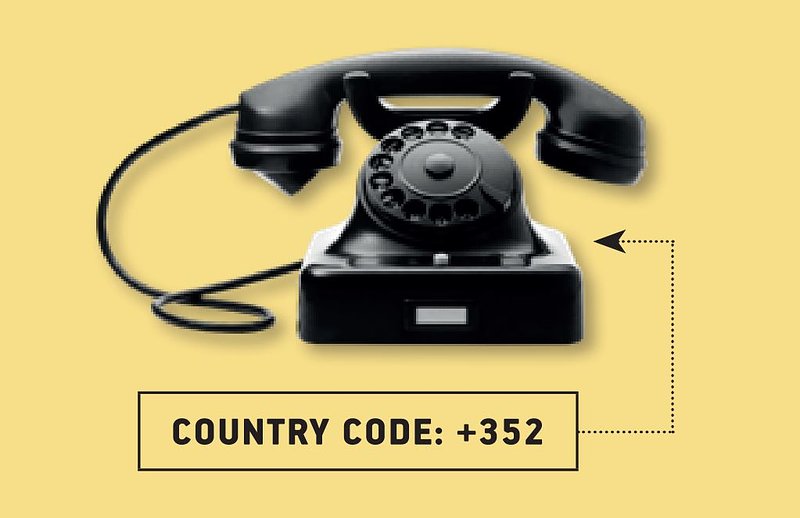 An old-school rotary phone ("+352"), a modem ("internet.lu"), opera glasses ("Grand Théâtre de la Ville"), a truly ancestral sewing machine ("arts and crafts")... The graphic designers' choice of images raises the question whether or not Luxembourg has already entered the 21st century. What makes matters worse is that this vintage theme is not even used consistently - modern objects such as a schoolboy's backpack also smuggled their way into the infographic.

The fact sheet is certainly full of surprises. How did an image of a work by artist Jeff Koons (the iconic balloon dog) come to symbolise the Mudam? The museum never had (and probably never will) this artwork in its collections. Then again, Luxembourg's National Museum of History and Art also does not possess an ancient Greek bust as the one depicted on the fact sheet.

The surprises continue. The airport billboard that illustrates Findel airport only displays delayed or cancelled flights to... Toronto, Sydney and New York. See the problem here?

These are the pitfalls of trying to find easily understandable symbols and "a universal representation." By oversimplifying matters, we divorce discourse from meaning and, in the worst case, are just simply wrong. At the end of the day, the idea may have been good but more research should have flowed into the project.