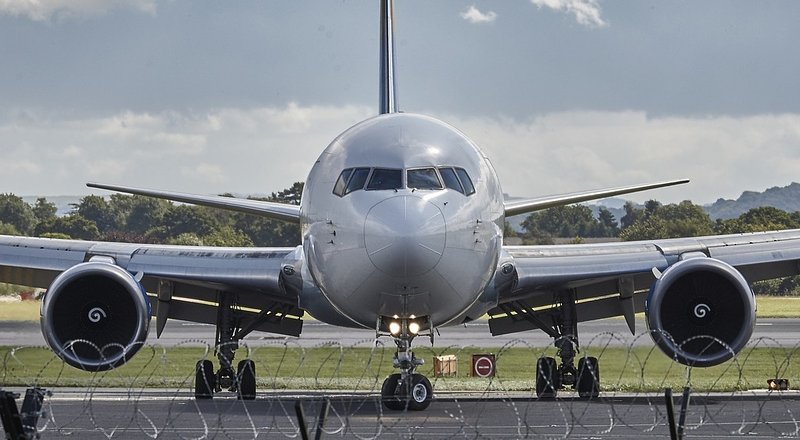 The recent overwhelming incentives to save the climate have come with increased support for bringing an end to the tax-free flying haven that is Europe.

The growth of the aviation sector is having a decimating impact on our environment. 10.6 million yearly flights produce a combined 171 million tonnes of Co2, a +95% increase from 1990. Even more worrying are the growing levels of NOX (Nitrogen oxides) in the air: they increased from 313 to 700 thousand tonnes between 1990 and 2016. Clogged airspace leads to delays and cancellations and thus airport expansions, increasing noise pollution and night flight capacities.

Europe's preferential treatment of the aviation sector is not helping in slowing down business folk and city-trip-hoppers from having breakfast in London and lunch in Athens. With the incoming Commission President, now is the time to change this. In fact, it should be Mrs von der Leyen's top priority.

The fact that aviation fuel has been exempt from taxation throughout the world since World War II may be rather surprising to many, especially knowing that similar every-day fuels including oil, gas, petrol and diesel are taxed normally.

It was at the Chicago Convention in 1944 where states agreed to promote civil aviation. To boost this new form of travel and keep prices as low as possible, kerosene was exempted from taxation.

A directive on EU Energy Tax was revised in 2003, allowing Member States to introduce a tax on the stuff. India, Japan and the USA are already taxing domestic flights, but European states are slow to follow; apart from six European countries, including France's recent proposed (embarrassingly underwhelming) levy of €1.50-18 on each outbound flight, other European countries are slow to follow (or, rather unwilling).

Surprising news came last month when the Netherlands agreed on a €7-per-passenger climate tax on flying, leading the environmental cause in the EU bloc. Combined with a tax on air cargo, the country is expecting to raise 200 million euros yearly.

A leaked report for the European Commission concluded that imposing an aviation tax would reduce carbon emissions by 11%, yet have little impact on either the sector's employment nor economy. If intra-European flights were taxed evenly, competition would go on unaffected, the report states. Yet this is the precise reason why an EU-wide taxing regulation is so difficult to achieve; it requires an unanimous vote of all 28 Member States.

The report states that adding a 0,33 euro tax on every litre of kerosene would result in a ticket increase of 10% for consumers, resulting in a 11% decrease in aviation passengers. Lobby groups criticise the report, arguing that aircraft are already cleaner than several decades ago, and the average CO2 emission per passenger per flown kilometre has decreased drastically.

A citizen's petition is gaining momentum, calling for the end of the aviation fuel tax exemption. Once the petition has gathered more than 1 million signatures, the Commission must officially debate the matter, although statistics show that historically little is achieved by citizen petitions.

But if aviation is taxed, we must ensure that tax revenues are reinvested into clean energy, clean transport, net zero carbon buildings and other climate-saving projects.

Becoming the head of Europe's executive branch requires a serious approach in tackling climate change. Putting aside the democratic deficit of the European Council decision of nominating von der Leyen's through the back door, she must show willingness and cooperation on the subject.

She has committed to putting carbon neutrality by 2050 into law once she gets elected, but this must begin with reducing the current fly-frenzy culture of Europe. The Greens argue she has been rather discreet about climate change topics in the first place.

At the end of the day, however, as much as the Commission President can put laws into practice, it starts with us as consumers. I am no perfect human being. I travel frequently, and occasionally also by air plane. Although preferring rail and bus travel, it's incredibly expensive to find a good connection to, let's say, Spain. Travelling to Madrid from Luxembourg would take me 22 hours by train, ticket prices start at €145. A 2-hour flight would be cheaper, quicker and more comfortable.

Yet this calls for a change in mindset from consumers, politicians and lobby groups, and serious investment into rail network expansions and subsidies for alternative modes of transport. The swedish "flygskam" (flightshaming) has had a real effect on the travel mindsets of European citizens. #StayOnTheGround is trending on social media, and passenger numbers are decreasing. Bring on the tax, and even more will alternatively hop on trains. Now is the time.

Josh Oudendijk is a journalist/editor for RTL Today and a passionate musician - he also loves flying, but is conscious of its environmental impact.